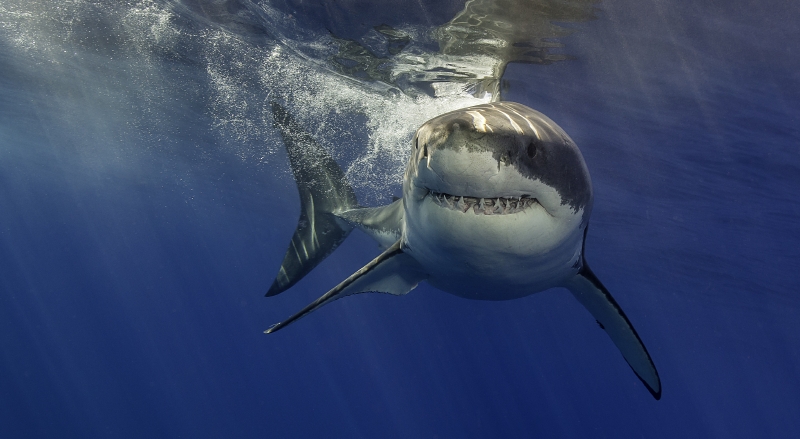 Uncovering the truth about sharks with analytics

[Editor's note: This post was co-authored with Fritz Lehman, COO of Zencos]

In 1976, the blockbuster movie Jaws was the number one grossing film. Why? Because it had a great villain – the great white shark. The movie told a vivid (and all too familiar) story about plans gone awry because of an unexpected villain (hello shark!) showing up, wreaking havoc and threatening lives. It’s a story we can all relate to, especially in 2020, as we’ve had an unexpected villain (COVID-19) show up wreaking havoc and threatening lives.

One of the outcomes of that compelling storytelling is that sharks became forever known as the bad guys and terrifying predators of the ocean world. But what if they really don’t deserve that title? What happens when the hunters become the hunted?

In 2020, nearly 11,000 sharks are killed per hour. What if we should protect sharks instead of fear them? What if there was a story, grounded in data and analytics, that proved they don’t hunt humans and need our protection because they play a vital role in the health of our oceans?

This is the challenge facing nonprofit organization Ocearch. The mission of Ocearch is to help accelerate the ocean’s return to balance and abundance through innovation in scientific research, education, outreach and policy. Part of that mission includes placing GPS tags on sharks to track migration and breeding patterns.

Like many SMB companies, Ocearch faced an ocean of data (pun intended) and didn't have the tools to extract the story. They needed help interpreting the data and clearly communicating in language that their stakeholders would understand. They needed someone to cut through the emotion so they could affect change sooner.

So, how does a small non-profit find the technical resources to analyze huge amounts of data and flip the script to help an unpopular villain?

Zencos to the rescue

Zencos is a SAS business partner (and a mid-size business) and expert at helping companies large and small tell stories using data and analytics. They often do community outreach, so they offered their services to Ocearch.

And here are the 4 story-telling takeaways that Ocearch gained from their experience with Zencos:

Ocearch already had multiple datasets about tagged sharks to help them understand migratory patterns of sharks. But they supplemented that data with global shark attack files and data from the World Health organization on which animals cause the most human deaths. 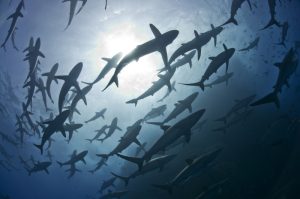 In general, sharks are incredibly shy creatures and don’t like to be around a lot of human activity. Sharks are only responsible for six deaths per year (as opposed to the 32 deaths per year caused by vending machines, according to Freakonomics). In fact, taking a selfie might be more deadly than a shark, according to data collected by SAS.

Identify who your audience is and tailor your communications to influence their beliefs. In the case of Ocearch, they had two audiences – people who never go to the ocean and people who live near or go to the ocean frequently. The focused on alleviating the fear of the second audience by providing data that showed the slim chances of encountering a shark, and by providing specific examples of how to reduce those odds to almost zero.

Capturing your audience's attention is hard, but one sure-fire way to do it is to touch their emotions. Ocearch did it by personalizing and naming the sharks and giving them twitter accounts. One of their tagged sharks, Mary Lee the Shark has almost 130,000 followers.

As a non-profit, it’s critical that Ocearch make the most of their costly expeditions. Based on the aha moments that Zencos was able to identify in the data, Ocearch was able to pinpoint the largest possible presence of great white sharks and knew exactly where they should take their next GPS tagging expedition.

I hope this story inspires you to use your data and analytics to tell a compelling story. Like Ocearch, you don’t have to go it alone. Use companies like Zencos to help you develop elements of a persuasive story and let the data lead you.

To learn more, view the Ocearch and Zencos webinar. 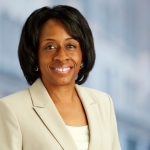 Michelle Wells leads a team of Global Industry Principals focused on high potential areas for SAS including the midmarket segment and the Communications, Education and AgTech industries. Michelle analyzes market trends and customer business challenges to position how SAS delivers relevant business outcomes. Prior to joining SAS, Michelle spent over 30 years with IBM where she created solutions to meet the needs of SMB customers, managed strategic business partner relationships, and executed global IBM Cloud marketing campaigns. Michelle holds an MBA degree from the University of Chicago Graduate School of Business as well as a BS degree in Electrical Engineering from the University of Illinois at Urbana-Champaign.