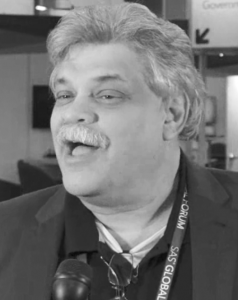 Artificial intelligence promises to transform society on the scale of the industrial, technical, and digital revolutions before it. Machines that can sense, reason and act will accelerate solutions to large-scale problems in myriad of fields, including science, finance, medicine and education, augmenting human capability and helping us to go further, farther, faster. In this interview, Intel Analytics and Big Data Innovator Pat Richards shares his thoughts on artificial intelligence and how it relates to machine learning.

Can you outline the differences between artificial intelligence and machine learning?

Pat Richards: Machine learning is a subdivision of artificial intelligence or AI. Where AI is a global term, machine learning is what I refer to as data driven algorithms – the ones that just build themselves from the data as opposed to applying themselves to the data.

What are some of the current challenges for artificial intelligence?

Richards: There are a couple challenges worth noting. In the field, there’s strong or general AI and weak or narrow AI. In general, strong AI doesn’t exist. That’s the science fiction vision of the fully aware computer. That’s still science fiction. Whereas weak artificial intelligence handles very specific task-driven type activities. It can become very good at a specific task, but it’s useless anywhere else.

What industries can we expect to see gain the most benefit from AI and why?

Richards: The industries that will take the best advantage of it are those who have “tagged data” – those with a lot of information and they know what it all means. For example, think of all the sensors that tell you that there’s an imminent engine failure. Artificial intelligence helps the system learn the characteristics of the failure, to predict it and make adjustments to prevent it.

How can an organization get started?

Richards: The real key to get started is having the data set. If you don’t have the data, you’re not ready for machine learning or AI. And it’s not just the data but it’s “tagged data.” You’ve got to know what’s in the data. A great example of how a task-based machine learning algorithm can perform is the recent demonstration pitting Google’s AI (DeepMind AlphaGo) against the world’s best Go player, Ke Jie. The AI beat Jie in two straight games. This was possible because Google had lots of data about Go games allowing the AI to learn from the data and apply that knowledge.

What’s in it for a business leader vs. a practitioner?

Richards: While this is a new tool for business leaders, it’s a powerful one. It has the advantage of being able to learn from the data. So as the real-world environments change – for whatever reason – the algorithms can adjust to those changes going forward. I’ve long said that analytics are the eyes and ears of an organization. When you start adding AI and machine learning it becomes a little bit of the brains as well.

Practitioners need to understand the strengths and the weaknesses of these tools, including where it can and can’t play. For example, it’s easy to see if a machinery part is or isn’t rusted. It’s an A or B situation. But if you really want to know the degree of rust at the point when it starts to fail there’s a lot more levels of information that you must understand. So understanding the nature of your problem and the nature of the data that you have leads you to the solution.

See more from Richards below: 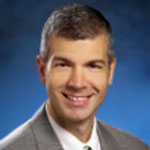