Citizens served by the government are increasingly the same digital savvy consumers that market disruptors in banking, retail and utilities are attracting with sophisticated, data-driven online experiences. It’s a mutually beneficial arrangement; consumers get to buy services in ways that suit them while businesses get the efficiencies they want, wrestling profits and market share from competitors. 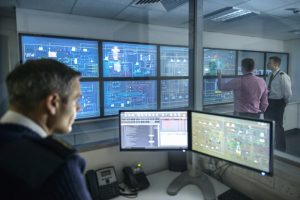 These service users, particularly millennials (and soon Generation Z), are clamoring for new, digitally enabled, high-speed routes to interact with public sector agencies. They push the digital agenda onwards because they expect the same level of personalisation and digital enablement from government that they enjoy from business.

But where are they pushing government digital strategy to? While the UK government has done an incredible job of delivering at the front end of service provision, we believe digitalisation could go much further. The government’s latest transformation strategy looks at how digitalisation can help it to become more responsive and agile – something that will be particularly important following Brexit. But how much further should digitalisation go and what will it look like?

Instead of simply making it easier and faster for citizens to interact with government and for government to deliver more efficient services, we believe digitalisation can deliver a truly vibrant capability – one that sits at the heart of policy development, strategy and operations.

We all know how much data government departments have access to, even in the face of new data regulations such as the new General Data Protection Regulation. So what would it be like if every department used this data not just to create sleek services, but to better understand the needs and opinions of citizens? Or to project the outcomes of policy? Or to predict resourcing requirements many generations ahead? Or even to modify certain behaviours – let’s say criminal activity and work ethics?

This would create a new reality where embracing data powered digitalization and transformed decision-making at all levels would help everyone act with speed, accuracy and relative objectivity because it would constitute a new focus on using analytic-driven evidence.

So what exactly could be done? Fortunately, with certain types of advanced analytics, the only limitation is your imagination! Here are some of the positive impacts a deeper kind of digitalisation could have. Just imagine these scenarios as examples:

Such activities are well within the capability of SAS. We've been working with the UK government for more than 20 years. If you’d like to learn more about how we can help you take digital government further while cutting costs, driving efficiencies, de-risking decision-making and enhancing citizen satisfaction, look at Digital government: how far should you go and what outcomes can you expect? 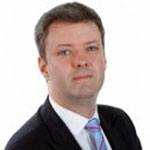 David has been working with the public sector for over 15 years, building technology based partnerships focused on client and citizen value. He's experienced in the challenges of IT transformation. David was previously Director of Health at SAS UK, focusing on how SAS can enable improved health outcomes and reduce costs across the NHS. His responsibilities included solution development, demand creation, development of go-to-market strategy and building proof of value and strategic partnerships. His role has been expanded to manage a team who focus on helping Central Government within the UK understand the value of the data it holds together with how to gain intelligent insight for informed decision making. David has a detailed understanding of the challenges across health and government and how analytics can transform citizen and patients.