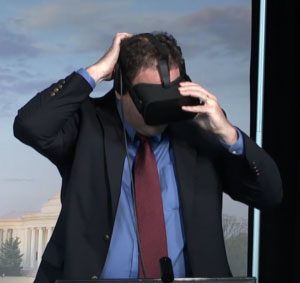 Me, on stage, in my own world

I’m drawn to immersive analytics (IA) because it covers areas I’ve been looking at since 2012, and have been publishing on since early 2014, like virtual reality and data worlds. I’m retroactively applying the cool new term IA (not to be confused with AI for artificial intelligence) to all of my activities in this area.

Immersive analytics is a term adopted by IEEE that originated out of Monash University in Australia. It is an emerging research thrust focused on the use of virtual reality (VR), augmented reality and other new display and interaction technology to support analytical reasoning and decision making. 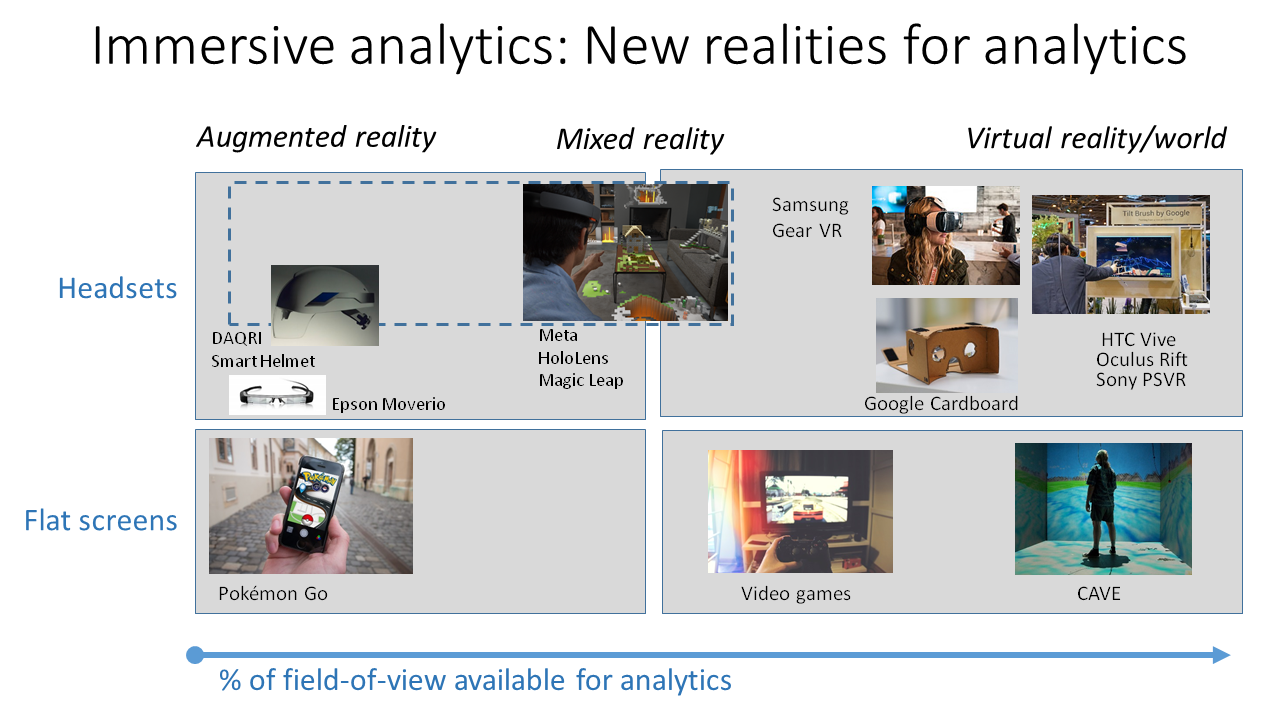 It’s really about the intersection of realities with analytics. With these new technologies, you can augment reality with analytics, make reality from analytics or do both at the same time. One simple use case would be a smart phone or tablet app that is like Pokémon Go, but instead of seeing Pokémon you see analytics pertaining to IoT sensors that are in your physical view. This use case can translate to augmented reality headsets where you are always heads-up. While augmented reality is constrained to the immediate physical world, augmented virtual reality can analytically augment a reality halfway around the world.

When people first hear about this vision, they often worry about data overload. While that's a real concern if you stick to the traditional canon of data visualization dating back to the 1700’s, our current situation is different. You never hear people complaining about data overload when they go from a lower resolution screen to a higher resolution screen, like a 4K TV. But the digital signal coming in to the screen is data – 0’s and 1’s.

The difference is that traditional data visualization is largely about reading data, while the opportunity for data reality is about perceiving streaming data at much higher throughput rates, including real time streaming data. While traditional data visualization is great for augmenting reality, physical or virtual, data reality needs a new class of reality metaphors for expressing data. 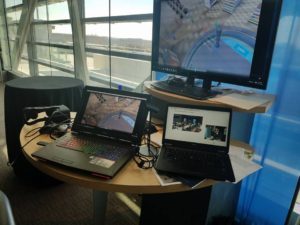 With IoT becoming so important, don’t you want to see it? Seeing IoT means more than just looking at charts of data from sensor activity last month. It means using augmented reality to see IoT right around you, augmented virtual reality halfway around the world and having field workers and remote analysts share a concurrent view of the reality surrounding the field worker. For example, a first responder with AR could work with a remote analyst using VR to thwart an IoT based cyberattack.

With data reality techniques, a network firewall could have sentries that watch for potential intrusions in real time. They put on VR headsets and have a 360 degree view of their network that could even include 360 degree data driven sound. In this way, human intuition can aid automated alerting and other computational techniques in confronting attacks.

While real time use cases are important, the streaming data can also be historical. Past events can be replayed and studied in a more enlightening presentation than can be achieved with 18th century charts printed on paper.

With a strong showing of VR at National Retail Federation and other business-focused events this year, the market for immersive analytics is forming. Immersive analytics doesn’t replace tried-and-true data visualization but rather leverages new hardware and software technologies so that data can be perceived in new ways and in the context of physical and virtual realities.