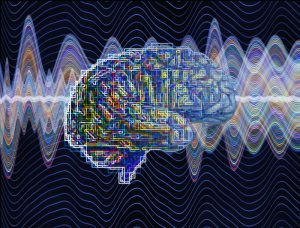 How comfortable are you with hard decisions? If it affected you, how comfortable would you be with losing your agency and having someone else make the decision for you? What if that decision isn’t made by a person but a machine?

More than abstract questions, these are going to become as divisive a social issue as genetic manipulation. In many ways, they strike at the heart of what we believe makes us human.

Let’s play things forward a bit; sometime in the near future, a car’s travelling from Chicago to New York. It’s mid-afternoon, and somewhere among the highways and byways of the interstate, the driver sets the vehicle to assisted control. While she sleeps, the car shadows a semi-trailer, keeping a safe distance.

Cutting through Toledo, the truck blows a tire. As it tips and starts to roll, the assisted safety systems in the car activate. Continuing forward will almost certainly paralyse or kill the driver in a collision. Swerving left will save the driver but send the car into a crowd of people. Swerving right will take the car into a playground full of children.What’s the right thing to do?

Or, consider this. An autonomous agent has been sent into a burning building on behalf of an emergency response team, searching for survivors. Inside, it finds two people. One is a pregnant woman suffering severe and rapid blood loss. The other is her husband, trapped under a beam but otherwise largely uninjured. As the building collapses, there’s time to save only one. Who do you pick?

Over the last few weeks, AlphaGo, a deep learning engine, has successfully beaten a human player at Go. The significance of this can’t be overstated; in terms of agency, it’s the single biggest milestone towards true self-learning systems since Kasparov lost to Deep Blue. Many didn’t believe we’d get to this point for decades.

This revolution is happening in parallel with a robotic revolution. If you haven’t already, watch the demonstration video of Atlas, Boston Dynamics’ latest prototype. Try to watch their torturing poor Atlas and not feel an empathetic twinge. And then, try not to be slightly worried when it gets back up to continue on.

After over half a million miles, Google’s driverless cars have had their first crash. What’s most interesting about this isn’t that they’ve finally had an accident; it’s that such an early blend of autonomy and machine learning has gone for so long without having one.

How do we create ethical guidelines for machines?
As we give our autonomous agents agency over our virtual and also physical worlds, we need to give them the guidelines to make decisions over our health, safety, and livelihood. The worrying thing is that we need to work this out sooner than later; as we’re already seeing, we don’t need sentience to have created agency.

Agency brings responsibility. It’s not yet clear what responsibility means in an algorithmic sense. If an algorithm has the power of life and death over not just the operator but any number of countless others, what ethics must we impart into the system?

Asimov tried to manage this through his three laws of robotics. While it was a great literary device, hard rules simply don’t work. There are countless unintended consequences that are hidden in these apparently profound laws; deontological ethicism doesn’t help with any of our above problems. How does one define, “harm”? Is letting someone eat themselves to a slow death from diabetes murder, apathy, or respect for personal freedom and self-expression?

Alternatively, we could guide by comparing relative impacts. Maybe the life of an unborn child is worth more in the long run than a healthy adult male. Maybe not. Still, this is even harder. Given microseconds to make a decision, consequentialism is only possible if our systems have enough intelligence to understand the consequences of their actions. How long until we can make systems with this level of intelligence? And do we even want to?

There are no easy answers, and yet we’re hurtling towards a world where we’ve created machines that are more than capable of agency. As a society, our desire for technology, innovation, and “magic” is propelling us towards a world we don’t yet know how to manage.

We need to work out some way of solving this. In fact, looking at the ever accelerating rate of change we’ll be there well before we expected to be. It’s our role as creators to give our agents the framework to make these decisions. The irony, of course, is that what’s moral and just in a given context is subjective and personal. And, if ethical relativism is the reality, how can we ever hope to come up with a definitive moral compass for our creations?

As quickly as we invent new ways of embedding adaptive intelligence into the fabric of our world, we inevitably rush towards a deeper existential question: What world do we want to create?

For more on machine learning, check out the white paper: Machine Learning with SAS Enterprise Miner. The paper details how a team of SAS modelers created and determined a champion model to predict churn.

Evan Stubbs is the Chief Analytics Officer for SAS Australia. He is the author of The Value of Business Analytics and Delivering Business Analytics, sits on the board member of Institute of Analytical Professionals of Australia, and is a guest lecturer at Macquarie University and the University of Sydney. He is a recognized expert in innovation and leads the Advisory business within SAS Australia, a group focused on transforming organisations into analytical competitors. His practical and experience-based talks on creating value through the use of business analytics are in high demand and feature regularly as keynote presentations.