Asylum seekers not causing headaches for the UK’s Home Office may be hard to imagine. There are regular scare stories about asylum seekers and budget cuts, amid rising concerns over immigration and the strain its putting on the national infrastructure. But it needn’t mean headaches for policy 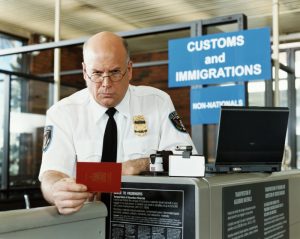 makers and officials. The “drain on resources” and increasing austerity drives mean that only new approaches can provide the necessary changes in efficiency. (See David Bolt's report on immigration removals.)

I believe there's an approach that will protect the Home Office from attacks from both the Left and the Right side of the press, allowing the asylum process to be used as it was meant to: to protect the most vulnerable.

The answer’s in the data

One of the major improvements the Home Office can make is to apply advanced, predictive analytics to situations like the one in question in order to deploy risk-scoring models. Building them on historical data allows strategists and frontline operatives to apply the models’ learnings about who's likely to go missing, why and what the remedial action will cost – and then apply them to current data sets.

Team that capability with what-if scenario testing, and the Home Office – and indeed other central government organisations – will be able to model different decisions and predict outcomes against cost and relative merit.

Consider this in the context of UK borders. Any resource that's deployed against an incorrect target gets criticised by libertarians for being unnecessarily intrusive, and from the right for not being effective. Imagine instead this ‘citizen-facing’ department will be able to score inbound and outbound travellers for risk across a number of criteria, allowing them to focus resources on rigorous checks of cargos and people indicating a higher score, and ensure a smoother passage for the rest.

However, with many millions of people and shipments moving in and out of the UK every year, some people will wonder how quickly all this analysis can happen. In my experience, in a matter of minutes. A modern analytics engine built for the big data age can screen billions of rows of data per second.

If your next questions is "can the analysis be thorough at that speed?" the answer is a resounding yes. Take HSBC as an example, and you’ll see that anti-fraud analytics screens millions of debit and credit card transactions around the world every day. Consider the fallout that can happen with just one personal experience of card fraud, and you’ll know what an incredibly valuable capability this is.

So when it comes to the question of how the Home Office can speed up and improve the accuracy of the decision-making process, it’s definitely time to use advanced analytics.

Find out more on how the Home Office can improve decision-making about border controls and immigration. 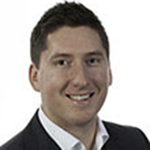 Ryan Thomas is Head of Security Systems within public sector pre-sales at SAS UK. He is working with the Home Office and other central government organisations to empower efficiency through the smart use of predictive, real-time analytics. He has previously used SAS to integrate and exploit data within secure data systems. He has worked on migrating data sources between various SAS versions and across operating systems.