When SAS Scotland gave students 48 hours to build a prototype computer system to help increase police effectiveness, nine teams accepted the challenge. The venue was the University of Glasgow's Hackathon, one of the largest student hackathons in the UK, attracting 200 attendees. SAS Scotland has co-sponsored the event for the past three years, and we can say, with some pride, that every team produced a unique solution.

We invited all nine teams to the SAS office for Demo Day: a knowledge share between SAS staff and the students on their solutions, the technologies they used -- and to get their thoughts on how their software could be taken forward.

For the challenge, students could choose to create their own mobile policing challenge or focus on one of three scenarios:
1. What kind of new information systems become possible when police officers use mobile devices?
2. How can the police force take advantage of information posted to social media sites such as Twitter and Facebook?
3. How can a police department deploy its officers to get the best level of policing given a fixed number of officers and a larger number of public events and crimes to police?

One student solution used machine learning to group tweets into categories such as natural disaster, crimes and terrorist attacks, providing a user interface to rank and locate the most serious on a map. Other teams focused on improving police response times by writing mobile solutions to direct officers to incidents, based on an analysis of tweets indicating possible crimes.

Eversafe, allowed users to communicate their feeling of safety wherever they were in Glasgow. The information could then be used by city leaders to better understand which areas might need a change in policing style, or a review of the number of deployed officers.

All the solutions were ingenious, but we had to pick a winning system -- and that system was Sergeant. It focused on the deployment of police officers based on an analysis of streamed crime event data, displaying it on a map for inspection at police headquarters, and communicating via Pebble Watch and smartphone devices to direct responding officers to incidents. Sergeant received GPS data from the Pebble Watch to track a responding officer’s current location.

At our Demo Day (an important part of SAS Scotland’s Innovation Programme) the students got to discuss their ideas with a wide range of software professionals, not only those engaged in developing software, but also those concerned with business development, marketing, system testing and our senior management.

And we at SAS Scotland got to see nine unique takes on a significant challenge, encouraging us to think about solutions from an alternative viewpoint, and bringing a fresh perspective to our thinking.

We value student's fresh perspectives, which is one reason we're well on our way to finalizing the next group of SAS Scotland interns for summer 2016 -- and why we're already looking forward to Hackathon 2016! 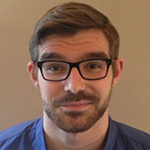