Will the Internet of Things (IoT) create a web of connected devices that make our lives better or an infinite infestation of annoying devices invading our privacy for no good reason? I don't know.

I do know that the answer is going to depend less on the technology and more on the people involved in creating a connected world. We could ask the people who will decide all of this but most of them are busy with their 5th grade homework.

Of course, they are not all that young. Many are already in middle school, high school, or college, but they are the ones who will shape the IoT. The Maker Generation. A group of do-it-yourself self-starters who don’t have any respect for the professional and academic boundaries between hardware and software or art and science. They will decide what the IoT will be. If you don't believe me, ask Mark Zuckerberg.

Full house for our first @SASsoftware + Arduino workshop in the D. H. Hill Makerspace with Eliot Inman from SAS. pic.twitter.com/wJO96K2fy6

In the world of software, the answer is simple: The Internet. We can get SAS in the hands of any student in 5 minutes or less at no cost to any student. SAS is already on-demand.  Just a handful of clicks and SAS will spin up an instantiation of SAS Studio for any student or lifelong learner.

But just having software easily available in cyberspace doesn’t solve the problem. The Internet-distribution model has two weaknesses: too much and not enough.

For students with Internet access, there are so many free apps that finding engaging, useful software can be like finding a single Amoeba in a muddy creek. For a full discussion of all of the challenges of creating, finding, and using quality educational software, my colleagues at SAS have written an excellent guide for parents and educators. Suffice to say, for those with unlimited access to the Internet, the challenge today is quality not quantity.

However, at the other end of the spectrum, the problem is not enough. There are countless students who still do not have easy access to the Internet at home or in their classrooms at school. While that is an ongoing challenge not easily addressed, one solution to the access problem has proven to be exceptionally useful: The Library.

Public lending libraries have been an American institution for almost 300 years. Thank you, Ben Franklin. Over the past twenty years, computers found their way into school and community libraries, there among the books. In almost any library these days, after school or on weekends, children are working on those computers, playing and learning or both, often starting from a Home Page set up by a librarian doing what librarians do. Librarians find quality and stand it up on a shelf with the title facing out so everyone can see it.

It is hard to overestimate the importance of libraries and librarians in shaping the way we access and use the Internet. If you are not familiar with their efforts, you may be surprised to find that the stereotypical gentle, helpful intellectual who explained the Dewey Decimal system to you was behind the scenes a hard-charging freedom fighter.

Libraries and librarians have done wonders to fill the gap in Internet access for many children. But the IoT is going to require more than just web-based software. It is, after all, the Internet of Things. By "things," we mean sensors, analog-to-digital converters, embedded controllers, tiny little computers, wireless devices, and things that go by names like "ESP8266."

If we are going to get this hardware in the hands of as many young people as possible, how can we do that? Same answer. Libraries.

All over the US, libraries are finding resources to implement a "Makerspace," a place with the tools and technology students and the community might not have access to anywhere else. Since the first one in 2011, library makerspaces have gained wide support. See here, here, and here for more.

These libraries are teaching beginner courses led by members of the community, specially-trained librarians, or other staff who just happen to be makers themselves. Continuing a 300-year-old American tradition of disseminating knowledge, libraries are leading the way.

This past week, I had the pleasure of leading a workshop at NC State's new DH Hill Makerspace . We had a full house of university students using Arduinos and SAS Studio to gather sensor data and analyze the results. The library provides everything students need: laptop, Internet, and Arduino. The Arduino community provides the Arduino software at no cost and SAS provides SAS Studio at no cost.

NC State is a university and not, for example, a public middle school or the only library in a rural tri-county community. But it is quickly becoming clear that when we ask how best to get these technologies into the hands of the next generation, libraries will play a central role.  Community, school, and university libraries. 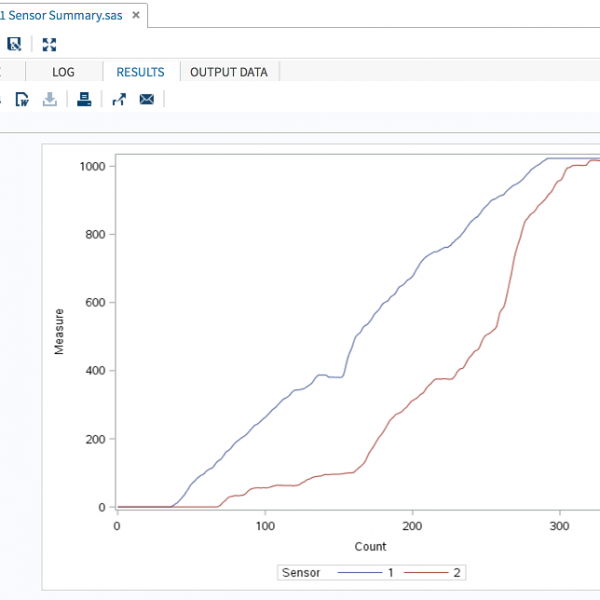 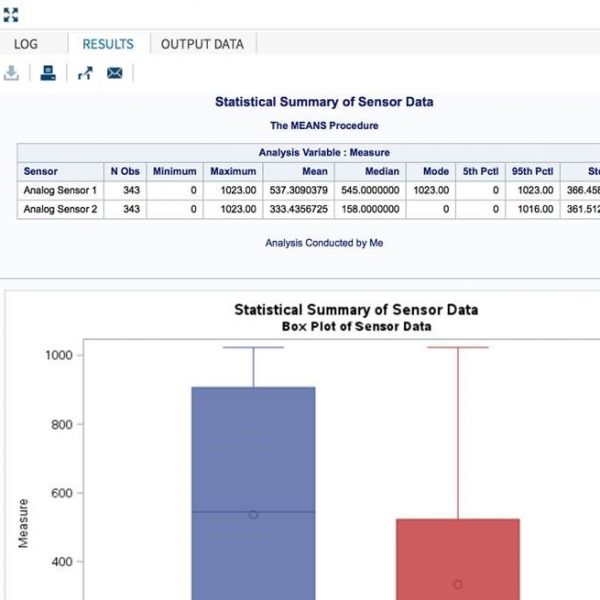 At State, in a two-hour workshop, all of the theory and vague concepts that surround the IoT became real with hand-built circuits and code that does what the IoT does, as "real-world" as the real world gets. I could say that it was a "productive educational experience that facilitated the understanding of emerging technologies," but really we just had a heckuva lot of fun.  Serious fun.

For a couple of hours, I felt "Like a Librarian."