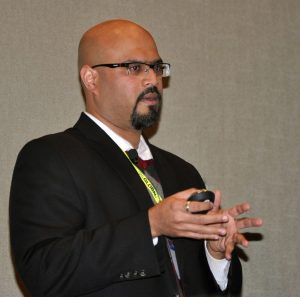 We’ve all heard the old saw, “If you torture data long enough, eventually it will confess to something.” But when it comes to spurring real change, how about ditching the dungeon-master act and thinking like a venture capitalist instead? Wouldn’t that pay bigger dividends?

That was the tip from Ravi Shanbhag, Director of Data Science at UnitedHealthcare. The health benefits provider is one of SAS’ largest customers and partners, so Shanbhag joined the SAS Global Forum Executive Conference as a longtime user of SAS. In a presentation entitled “Visualizing the Customer Journey through Analytics,” he detailed two use cases for social media – one that provided a clearer picture of competitors, and another that explained how to help customers in trouble.

As soon as the predictive power of social media became apparent, UnitedHealthcare began to wonder: “How could we use social media for our own business?” So they took Twitter data, put it in Hadoop using JSON, and parsed it using Python. Then they stored the text in Hive, and lifted the data into memory using SAS® Visual Analytics to make customized word clouds. From there, UnitedHealthcare was able to see strengths and weaknesses of competitors, and to look for regional differences in successes and failures.

Along the way, Shanbhag’s team encountered a few problems. One was spam. Twitter’s full of it, and it gets in the way. To counter it, the company had to create expansive filter lists and continually refine results.

And then there’s the fact that using Twitter data is like drinking from a firehose. Hundreds of thousands of tweets are streaming in per second. They countered that via micro-batching (taking data forward in regular intervals) and by deciding whether to focus efforts on history or the future.

Complicating things a bit more is the fact that certain words tend to occur together, so a few apparently negative words might wrongly cancel out a tweet with an overall positive sentiment. If you’re only looking at a “bag of words,” sarcasm doesn’t translate well. (That’s where sentiment analysis comes in, but originally, UHC didn’t have that capability.)

The information UHC learned from this kind of analysis is never the final answer. Instead, the company uses these findings as an index to point to what dashboards leaders should be reviewing in more depth.

UnitedHealthcare has a whole host of interconnected operational systems. To find out which customers might be likely to default on their premiums, they decided to take a birds-eye view of all systems.  The team used grid computing to look at structured data, then loaded a broad set of possible attributes to SAS® Visual Analytics for a decision tree analysis. And that’s what helped them pinpoint where the problems might be. Armed with that knowledge, United can now help people into more affordable products or even change their payment plans.

The challenge here is speed. These decisions have to be made very quickly, and once they’re made, it can be difficult to know if they’re really working. To address that, it’s important to have subject matter experts on board who can interpret what the data is trying to say.

Shanbhag’s key takeaway:  Think like a venture capitalist. Place a lot of small bets, then incubate them. Many of them won’t work, but the ones that do will pay for the rest. So nurture your portfolio and look for the “soft signals” that point you in the right direction. And most of all, prepare for a lot of frustrating failures. After all, isn’t the prime directive of inventors and innovators to “fail fast”?

For more about how analytics can transform quality, cost and outcomes, we invite you to read A Shot in the Arm - the SAS Health and Life Sciences blog.  And join us for SAS Health Analytics Virtual Forum (free registration), streaming live from SAS Headquarters on May 20, 2015. 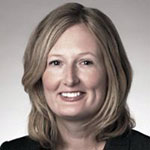 As a member of the Executive and Sales Communications team at SAS, Heather Lowe connects audiences with the global sales force and SAS' senior leaders.