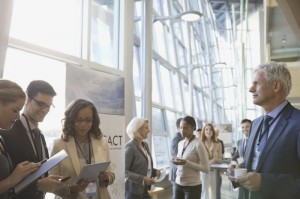 In recent times, Britain has increasingly developed an "inquiry culture." Whenever there’s malpractice or a scandal – be it the Leveson inquiry or the recent investigation into the Mid Staffordshire NHS Foundation Trust – an inquiry serves to give citizens, public leaders and governing bodies an explanation of how and why things went wrong.

As a result, inquiries often uncomfortably uncover the truth, with no passing the buck or hiding behind ifs and buts. But what if you had evidence to back up your decision for enacting a particular policy in the first place? In today’s uncertain times, no one knows when the next bump in the road is going to occur. But one thing is certain – evidence is necessary. Doctors use it to make diagnoses based on patient symptoms. Police officers need it to obtain search warrants. So when it comes to government leaders enacting policies, wouldn’t evidence be just as useful?

When it comes to policy making, the government has much to gain from adopting an approach based on empirical evidence. We recently conducted some research in conjunction with Dods which revealed that, while evidence-based decision making has improved under the coalition government, further progress is needed to realise the full potential of its big data. Evidence isn’t hard to come by – the very nature of the public sector means that it is the largest source of big data in existence. Yet, without the right training and solutions, civil servants are unable to use data to its best effect.

The research also found that 55 per cent of the 900 civil servants questioned felt there was no change in the public sector’s ability to use empirical evidence to inform new policies under the coalition. However, awareness of government analytics services to combat fraud and error has changed, with a significant increase in the number of respondents who have received specific training to tackle these two challenges (26 per cent of civil servants received training to fight fraud in the past 12 months, compared to just 18 per cent in 2011).

While a shift in mentality towards evidence-based decision making is clearly taking place, the change needs to be universal and widespread to have a real impact.  An evidence-based approach would result in more robust policies delivered on budget and on time, with significantly fewer ‘hidden surprises’. And it would benefit the whole UK public sector.  Although it has started on the journey already – early initiatives include the work of Cabinet Office’s behavioural insights team, which is applying randomised control trials to develop policy – the findings above show that the government needs to do more to realise the full benefits of data-driven policy-making.

So how can government leaders harness data to make effective and informed decisions? In today’s big data age, the sheer amount of information on citizens, services and industries is overwhelming. One stumbling block for many government departments is a lack of good administrative data to answer simple yet important questions on policy aims. This could be solved by more transparency, openness and sharing of data. The next challenge is then turning existing data sets into information that could help justify their actions to the public. Big data analytics is the key to achieve this.

Information obtained through analytics can be used to inform decisions on policies and local initiatives almost instantaneously. Not only would the government be able to use this information on a reactionary basis, but more importantly it could be used to create powerful insights and reliable “what-if" scenarios, used to predict policy outcomes and forecast the impact of legislation in a matter of seconds, rather than days. Having these insights means leaders can then provide innovative new services based on citizen feedback and make efficiency savings in the way the public sector is allocating often scarce resources.

An example of the latter is the Department for Work and Pensions (DWP). With the help of big data analytics, DWP combined internal and external data to create an accurate view of future demand for resources by looking at what will happen – and what could happen – in the future. Faced with an aging society and reduced funding, the DWP is now able to reliably forecast pensioner incomes and shortfalls, and plan benefit expenditure fairly and accurately. It can also experiment with “what if” scenarios, to reliably predict the impact of proposed policy changes on individuals, families and communities, e.g. raising the state pension age by a given amount. Other departments can use this information to inform their own forecasting and planning for the affected communities.

Evidence and evaluation should be seen as beneficial and not a sticking point in the face of an ever-curious public that wants transparency, credibility and justification. Government can then transform its approach to policy making through wider use of big data analytics. So when future scandals arise and fingers are being pointed in resulting inquiries, there will be a robust defence for those leaders that made their decisions based on evidence collected from the wealth of data available to them.

This article was originally published in the Huffington Post, and is republished here with permission. 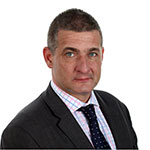