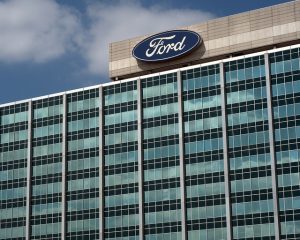 Perhaps the greatest legacy that Ford Motor Company’s former chief executive, Alan Mulally, left behind is a culture of analytics. Ford began using analytics in the late 1990’s, but it wasn’t until their financial woes in the 2000’s and Mulally’s arrival in 2006, that analytics started to be used regularly for strategic decision making.

Mulally was often known to begin meetings by saying, “Data will set you free," and insisting on seeing the data. It’s no coincidence that Ford weathered the recession a few years later better than any of its domestic rivals and is today one of the strongest automakers around.

In recognition of their hard work and dedication to the use of analytics to run their business, Ford was presented the 2014 Excellence in Analytics Award (otherwise known as the ANNY) by The International Institute for Analytics (IIA) at the Chief Analytics Officer Summit earlier this week.

Ford was in good company as a finalist for the award. The other three finalists are analytics powerhouses in their own right: Hewlett Packard, John Deere and XL Group.

According to the announcement, Ford was specifically recognized for its impressive work optimizing inventory management for its 4,500 dealerships in North America with its SMART INVENTORY MANAGEMENT SYSTEM.

This huge and complicated effort likely took years to perfect. But it is indicative of Ford's commitment to using analytics to improve the business. With this solution, they were able to convince 4,500 independent business owners that there is a better way to manage inventory - an impossible task without data, more precisely, without the insights hidden in the data.

About the IIA ANNY award

Recipients of the ANNY award are nominated by IIA’s community of analytics experts and practitioners in recognition of each organization’s use of analytics to drive measurable business impact. All nominees were asked to complete an in-depth application and were evaluated in five key areas:

Big Data and now the Internet of Things are powerful concepts that get watered-down with their overuse and the hype they receive. I cringe when I see surveys that say things like, “50 percent of companies use big data.” What does that mean? I can use a hammer, but unless I’m hitting a nail with it I’m probably not adding value.

To me, data is data. Whether it’s big or not is for the owner of the data to determine. The right question is, "Are you systematically putting the data to use?" If you’re collecting data and storing it without applying analytics to make better decisions, then you’re just a data hoarder.

The key element here is systematic – a successful system relies on a coordinated, focused effort of people, processes and technology across the enterprise. It's not something that can be left to a team of data scientists alone. While the scientists are important, they need the deep domain (market, industry, company) knowledge that resides throughout the business. This is where Ford excels, integrating top notch data scientists with a century of knowledge in the engineering, manufacturing, sales, marketing and service organizations.

So hats off to you, Ford! On behalf of all of your analytics geeks at SAS, congratulations! An engineer turned product marketer, Mike has held a broad range of roles in manufacturing, engineering and marketing over a 20 year career. He brings his perspective as an industry practitioner to advocate the application of analytics to solve the most difficult of business challenges. Mike currently serves as manufacturing industry marketing manager at SAS. He regularly shares his experiences and insights in published articles, webinars and live speaking events. Mike earned a BS in Industrial and Systems Engineering from Ohio University and holds an MBA from The Stephen M. Ross School of Business at the University of Michigan. In addition to subscribing to this blog, you can follow his updates on Twitter @MikeHitmar and LinkedIn.