The role of Chief Operating Officer (COO) is interesting. It’s a relatively new role—and there is also relatively little consensus about the job description.

In some organisations, the COO is the de facto deputy CEO. They have their fingers in most pies, from operational to strategic initiatives. In others, the COO’s role is very much operational. Their remit stretches from product development and R&D, through service delivery to customer experience, passing through procurement and logistics on the way. Some of this is company-specific, but there are also regional differences. I have noticed, for example, that in some areas, operations is seen as a ‘back-room’ role, whereas in others, it is much more customer-facing.

COOs may also come from several different backgrounds. However, they often seem to share having had experience of more than one function: finance and logistics or procurement, for example. This does not seem to be a role that attracts ‘pure’ marketers, HR or IT people. Indeed, there are some suggestions that nowadays even a background in operations itself may not be enough for success, because of the strategic demands of the role.

A changing role in a changing world

For me, the word ‘nowadays’ is crucial in that last sentence. The demands on operational leaders are unmistakeably changing—and COOs need to change too.

Operations is a balance between controlling and managing the way the business operates, and making it work better: improving the speed or scale, or innovating more substantially. We have to find a way to challenge the business constantly, but keep it running smoothly and not actually break anything. This is a difficult balance point to find. It often depends on the personalities of the people involved.

Others have also commented on this. For example, Natalia Shuliak, COO at DoubleCloud, has said that she thinks success as COO hinges on a partnership with the right CEO. She suggested that when recruiting COOs, CEOs should consider their own skills and expertise, and find someone who can fill some of the gaps.[1] She also commented that this may be why COO roles vary so much between companies.

The value of curiosity

I think perhaps the most crucial element in successful operational leadership is curiosity—or perhaps more accurately, the ability to ask the right questions at the right time. My top two questions are ‘is this the right thing to do?’ and ‘could we do this more efficiently?’. I think if you ask these questions before each decision, and about everything that you do, you are unlikely to go far wrong. However, these are certainly not the only questions that matter, and others probably have their own go-to options.

Curiosity has been especially important in building organisational resilience over the last few years, particularly during the pandemic. We all appreciated very quickly how important it was to have flexible supply chains and operations. Curiosity—and through that, creativity and innovation—enables operational leaders to find ways to build back when something breaks. For me, innovation in operations is not about creating something brand new. Instead, it is more about putting the existing pieces back in a different way, to provide a different outcome, or creating the same outcome with slightly different resources.

British Cycling, the governing body for competitive cycling in the UK, has a phrase to describe its approach to performance: incremental improvements. Coaches, product developers and athletes all look for small improvements to everything. There are no ‘big bang’ changes to nutrition, technology or technique, just small changes that add up over time. This, for me, is the key to operational leadership: keeping the system steady, but constantly asking questions to improve each part of it. 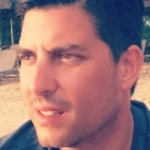 Promoter of enjoyable analytical journeys, since 2002, in the corporate world, among his colleagues, friends and family. Juan Montero is Operations Director at SAS and former Senior Consulting Manager. Computer Science Engineer by education, he is a social dynamics enthusiast and an avid learner. Juan was born and raised in Madrid, where he currently lives.