As a former police commissioner, I can testify that public-sector fraud is a global problem. Government fraud is becoming bigger and more dangerous every year, especially in the COVID-19 era.

Governments view the pandemic as a public health emergency and a severe threat to economic stability. But it’s also important to recognize the huge opportunities it has offered to fraudsters. In many countries, emergency COVID-19 relief schemes were set up at short notice. They had minimal oversight and few safeguards to prevent public money from falling into fraudsters’ hands. And more than one government has already faced embarrassment over signing contracts for medical supplies without adequate due diligence. This enables all kinds of fraudulent behavior. 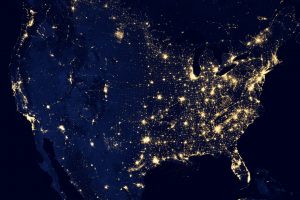 Government fraud is a global problem and the same issues are emerging in every region, from Scandinavia to Southern Europe and across the Middle East and Africa.

Fraud that is not directly COVID-related is also on the rise. This is partly due to the massive acceleration in public adoption of e-government services. While digital transformation has enormous benefits for public sector organizations, it also opens governments up to new types of threats, such as identity fraud and account takeovers. Tax, social security and procurement agencies need to be especially vigilant as they create new ways for both citizens and fraudsters to transact with government systems.

Talking with colleagues at SAS, I’ve seen the same issues emerging in every region, from Scandinavia to Southern Europe and across the Middle East and Africa.

Let’s take the UK as an example.  Official statistics estimate that the total cost of public sector fraud is up to £53 billion per year.[1] This equates to more than 6% of the UK government’s total receipts for 2019/20.[2] That’s a huge sum of taxpayers’ hard-earned money handed over to criminals every year.

It’s particularly troubling in a time when national economies are struggling to bounce back from COVID-related disruption. Again, according to UK government figures, tax receipts for 2020/21 are expected to fall by more than 5% due to the struggles of key industries, such as tourism and hospitality. This is a pattern that we see repeating in the financial forecasts of Germany and other countries too. Surely these nations can’t afford to let further billions slip into fraudsters’ hands when many public services are already facing a funding crisis.

Firstly, fraud undermines public confidence in the government. If citizens believe that their government is either careless or corrupt in its use of public money, they will start to question the value of paying their taxes. And tax evasion is likely to rise.

Secondly, a large proportion of public sector fraud is perpetrated by highly sophisticated networks with links to organized crime. The proceeds of fraud feed into international money-laundering networks and are part of a wider ecosystem that encompasses all kinds of criminal activity, from the drug trade to human trafficking. If governments allow fraudsters to steal public money, they are indirectly responsible for funding and sustaining the very same criminal networks that their law enforcement agencies are trying to dismantle.

Fighting back against the fraudsters

The good news is that while public sector fraud is endemic, it’s not inevitable. SAS has helped dozens of government agencies around the world fight back against fraudsters by adopting state-of-the-art anti-fraud technologies. For example, the Estonian Tax and Customs Board has used predictive models to reduce false positives in its fraud investigation processes by 50%. As a result, its investigators spend less time auditing law-abiding citizens and have more resources to focus on the real criminals. As a result, more than 80% of its investigations now reveal fraud or errors, and it can identify and counter new types of fraud much more quickly.

To learn more about why fraud should matter to governments, where their vulnerabilities are, what they can do about it and how SAS can help, download our new e-book with perspectives for different countries: 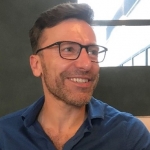 Stephane Goddé is a former Belgium law enforcement officer who served as Judicial Commissioner in the Federal Computer Crime unit and in the international Fraud and Corruption department within the Federal Police. He investigated criminal tax, money laundering, public corruption, cybercrimes, ID theft, narcotics, and terrorist-financing. Before he stepped into data-analytics, he has worked as an IT security officer in a bank and as a consultant in KPMG. For more than two years, he has been working as head of our Fraud and Security department for Government, Retail, Telco & CMPI in EMEA, as well as project leader in the Public sub-sector area. Stephane is passionate about helping clients with their digital transformations, while thinking out of the box.