When considering anti-money laundering operations, it’s not unreasonable that most people would probably think first of banks and other financial institutions. These organizations are probably the most obvious place to deposit large sums of money, including those obtained from criminal activities. And are therefore the most important first line of defence. 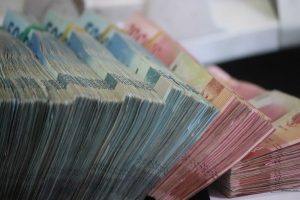 Both banks and financial regulators are well aware of this. They have put in place new systems to check transactions, including the use of artificial intelligence. Increasingly sophisticated machine learning models are making the detection of potentially fraudulent transactions much easier. And they are reducing false positives to make investigation faster and more effective.

That’s not to say that fraudsters have gone away. The enforced remote working during the COVID-19 pandemic, and the number of new people working, shopping or socializing online, have provided plenty of opportunities for new types of fraud. One particular problem area is identity fraud – but here again, banks have turned to analytics. Banks are increasingly using machine learning models as part of a hybrid approach to fraud detection. And this is turning out to be relatively successful.

However, banks are only a part of the overall process. Criminals trying to launder money need to put the cash through a series of transactions and businesses to hide its origins completely.

The business of money laundering

You may have thought that we use the term "laundering" simply because this is about cleaning up money obtained through criminal activity. However, the term was originally used because gangster Al Capone put the proceeds of his crimes through the books of a chain of launderettes that he owned.

Today’s criminals also need legitimate businesses through which to channel "dirty" money. Shell companies and offshore financial transactions are part of the picture. However, other businesses may also offer good potential, especially if they handle a lot of cash transactions. A recent case in the US suggests that suitable businesses include car washes, carpentry businesses, and door and window companies. All these handle significant amounts of cash. What’s more, the sheer scale of the business is not always completely clear and transparent.

Real estate is another promising field because houses are expensive. Criminals can therefore get rid of a lot of money all in one go. However, legislators and regulators have been quick to close this loophole. In the UK, for example, solicitors are required to verify their clients’ identities and the source of their money before anyone can start the process of buying property.

Recent news stories suggest that the luxury car business is also seen as useful for money laundering operations. Last month, the Irish Times reported on a police investigation into a car dealership in Tipperary, Ireland. The dealership is thought to be a front for money laundering from a drugs gang operating across Eastern Europe. In other words, cars were being bought with the profits of crime, and then sold on legitimately – or, in some cases, used by gang members themselves. It’s a clever idea, because who is to say exactly how much has been paid for a secondhand car?

Where do we go from here?

It feels like the world of anti-fraud, and especially anti-money laundering, is poised on a knife's edge at the moment. The economic challenges of the pandemic have resulted in more and more attempted fraud. And that means more money to launder. The enforced time off work has also given criminals more time to work out new ways of beating the system – and made new people vulnerable to fraud.

Many of my colleagues have written previously about a hybrid approach to tackling fraud. Originally, this meant using different types of detection approaches, such as a combination of rules-based and pattern recognition. However, more recently, Andreas Kitsios has written about a new kind of hybrid approach: bringing together business and technology in partnership. He described joint work between SAS experts and consultants at Deloitte to provide a stronger approach that combined knowledge of business – and therefore both compliance issues and potential for fraud – with expertise on analytics as a way of detecting issues.

Crucially, Andreas described the importance of seeing anti-fraud and regulatory compliance as part of the same issue. He emphasized that it was crucial to collaborate effectively at both human and technological levels to remain ahead of criminals. I reiterate his point: Collaboration is crucial in so many areas. Why should anti-money laundering and fraud be any different? 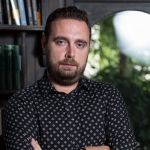 I am an experienced corporate sales manager with more than 13 years of sales & channel & alliances experience. I excel in communication skills and take pride in being able to successfully engage in all levels from C-level to professionals. I have extended expertise in ERP, HCM, Marketing Automation solutions, CRM and Analytics with networking in Banking, Telco, Retail, Manufacturing and Public Sector. I am now covering a region of 5 countries (Romania, Moldova, Greece, Cyprus and Bulgaria) from a Channel & Alliances point of view - nurturing existing relationships with current partners and expanding the coverage with new and exciting partnerships. I am engaged in business planning together with my partners and enjoy finding new and challenging opportunities in order to meet customer's expectations. I enjoy traveling and meeting new people and creating long lasting relationships. My main goal is to make my partners successful as their goal is to make our common customers happy and successful.