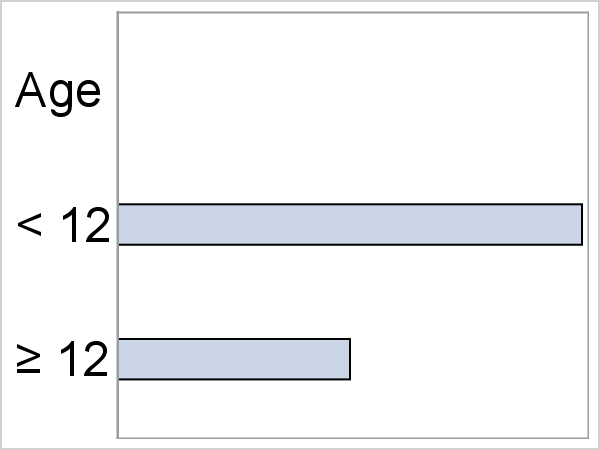 The values 1, 2, and 3 are mapped via a format to the values that are displayed on the left side of the graph. The last row includes the Unicode character for greater than or equal to. In a real example, you might find it inconvenient to create a format via PROC FORMAT and a VALUE statement. You can programatically create a format by creating a CNTLIN= data set for PROC FORMAT that has a special structure and specific variables. You start with an input data set.

The DATA CNTLIN step suggests an approach that you can use to make format creation easier and more general. The following step reads a data set and creates two output data sets: a CNTLIN= data set for PROC FORMAT and a new DATA= data set that contains a new numeric axis table variable.

By default, the macro makes a numeric format called MyFmt, but you can change the name. It creates a format based on the values of the VAR= character variable. Typically, the VAR= contains mostly ordinary text. You can additionally add special tags (character strings that begin with a backslash) that get converted to Unicode. The tags \alpha through \omega are transformed into the corresponding lowercase Greek letters. The tags \Alpha through \Omega are transformed into the corresponding uppercase Greek letters. The tag \inf is transformed into infinity. The tag \deg is transformed into the degree symbol. You can read the code to see the other symbols that are available. There are thousands of Unicode symbols, and only a few are provided here. Usually, you can easily find a new Unicode specification by searching the web for "Unicode" and a description of the symbol of interest. You can easily modify the macro if you need other symbols. If you modify the macro, you need to be cognizant of the sequence of processing. The translation of \b (nonbreaking space) occurs after both \beta and \bul. If it had come before, it would have broken those two translations. For example, if \b comes before \beta in the program then the \b of \beta gets translated into the nonbreaking space specification followed by 'eta'. For example, this means that you cannot add a new \mult definition after the definition of \mu.

The test data set Syms is in the full code. It has a line for each symbol that the macro can handle. Here are a few lines from it.

You can call the macro, for example as follows.

It makes two data sets. From the input data set Syms, it creates another data set Syms2, which contains all of the original variables and the manufactured variable AxisVar that you must specify in the YAXISTABLE statement. Many of the characters are unchanged. However, '<=', \inf, and \Omega are transformed to Unicode characters. The following step creates the graph.

The following steps show that you can handle multiple axis table columns as well. 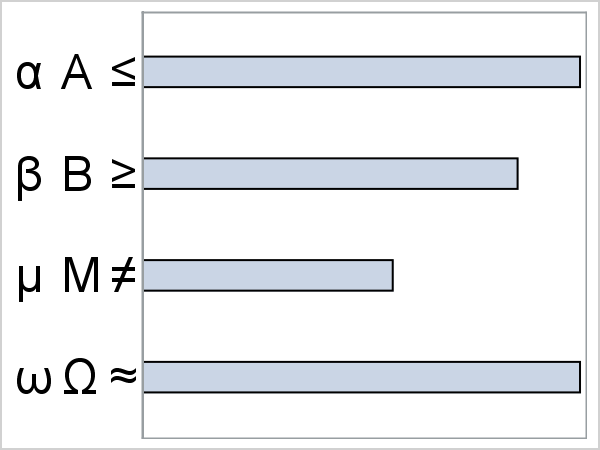 The previous examples are all teaching examples and so are not very realistic. I will end with a more realistic example. I will borrow the starting point from one of Sanjay's forest plot blogs. His data and graph have a '<=', that I will turn into a less than or equal to sign. His example uses the INDENTWEIGHT= option to indent some rows. That works with a character variable, but we need a numeric variable and a format. So I also insert six nonbreaking spaces into the front of values that are indented. Then I create the format and the new DATA= data set that has the variable AxisVar. 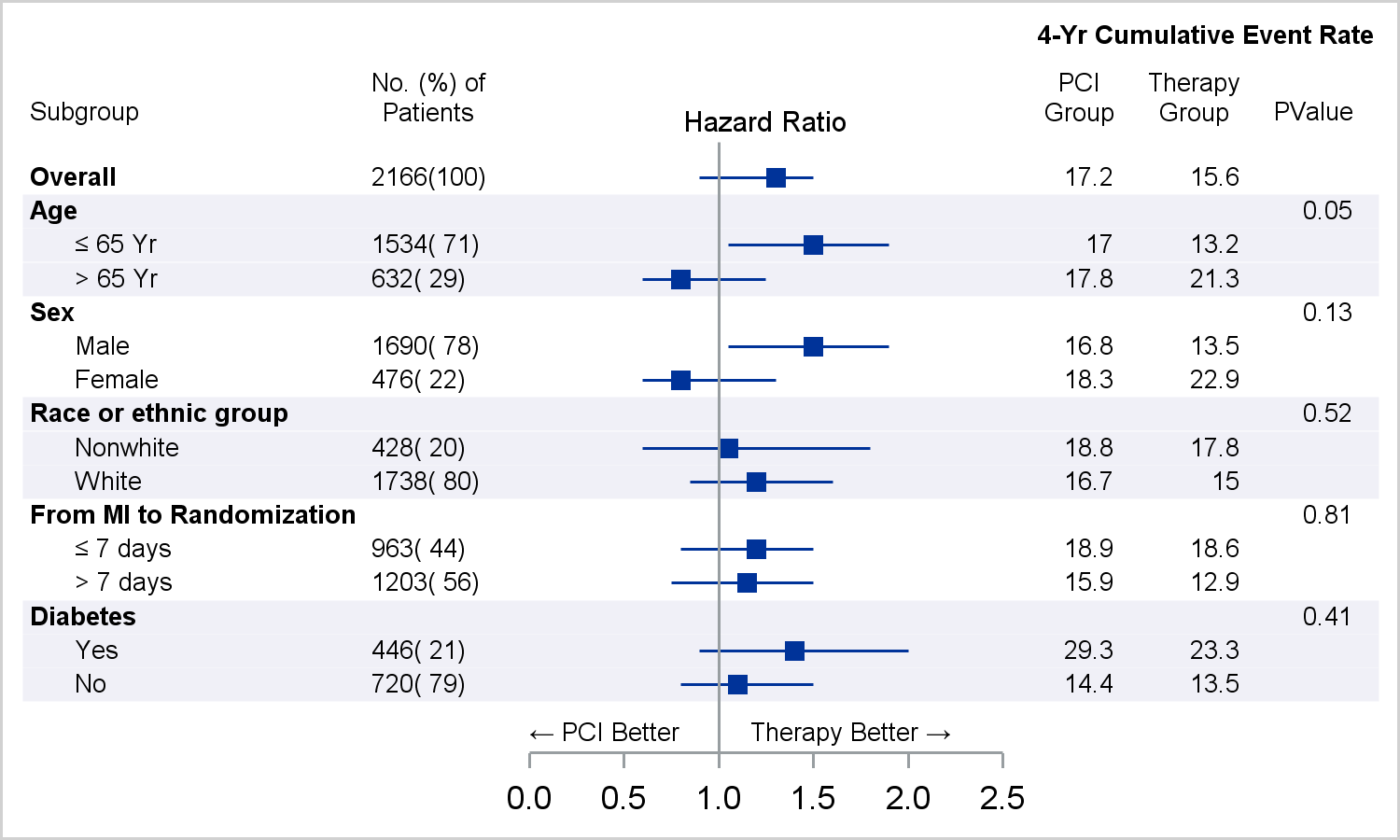 The graph has a less than or equal to sign and uses nonbreaking spaces to indent. The macro makes it easy to display special characters. Also see John O'Leary's PharmaSUG paper, How to Create a Journal Quality Forest Plot, to see how to add special characters by using SG Annotation.