In this post, I will show you how to control the order of the entries in a legend and explicitly control the correspondence between groups and style elements in PROC SGPLOT. In many cases, the colors that are used to differentiate groups do not matter--the graph simply needs to display different groups using different colors. That is not true for other graphs. It might be confusing if males were displayed using pink markers and lines and if females were displayed using blue markers and lines. For adverse events, you might prefer to use green for mildly adverse events and red for more severe events. Furthermore, you might want to order the events in the legend from mild to severe, and that might not conveniently depend on the order of the events in the data or a sorted order. The easiest way to control both legend order and group to style element correspondence is by using attribute maps. A series of examples provides background and shows other options.

The first graphs show default legend orderings and correspondence. They show that these can change depending on the data and the type of graph that you create. The fifth graph shows how you can use the STYLEATTRS statement in PROC SGPLOT to override components of style elements. The seventh (and last) graph shows how you can use an attribute map to control both the order of the entries in a legend and the correspondence between groups and style elements. With attribute maps, you do not have to know the original order. You can completely control the legend order and assign or override the default style elements. The PROC SGPLOT documentation contains much more information about the STYLEATTRS statement and attribute maps.

All of the graphs use this format in creating the legend:

This step creates a simple scatter plot with two groups: 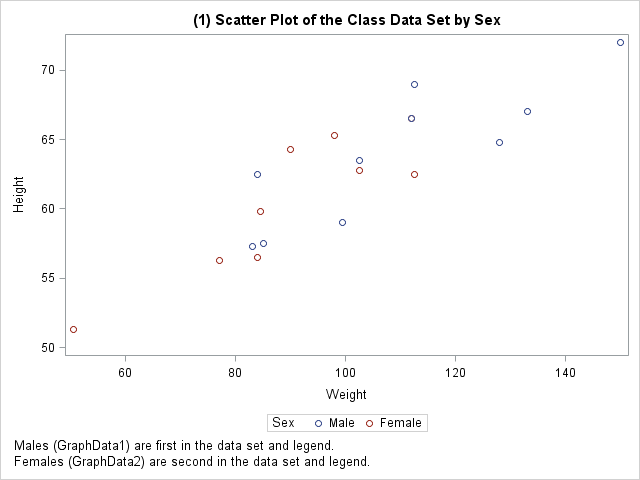 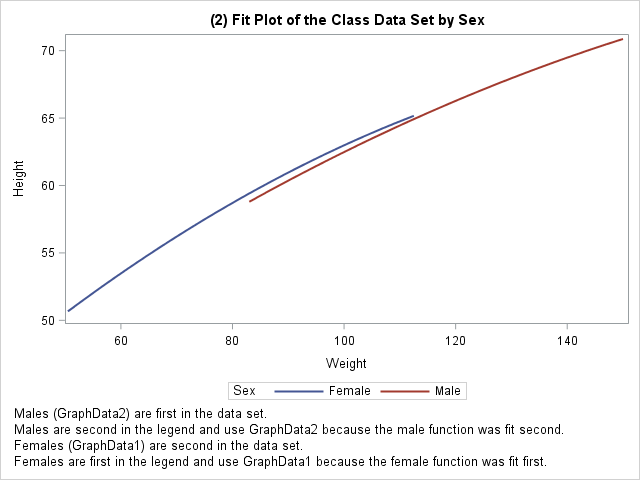 The following step uses both a SCATTER and a REG statement: 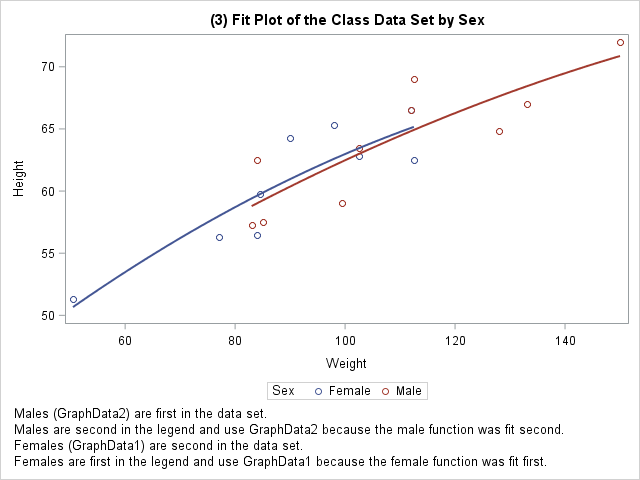 The legend order and the GraphDatan assignment still depends on the order in which the regression analysis is performed for each group.

The next step creates a grouped scatter plot from sorted data: 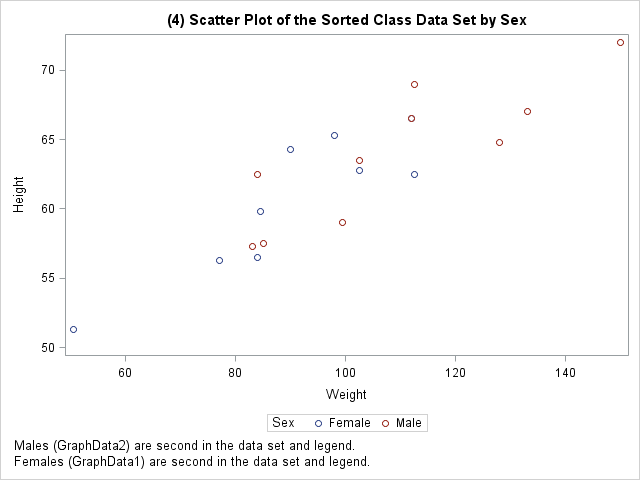 The next step relies on the default group order (males then females in this case) and uses the STYLEATTRS statement to set the marker and line colors: 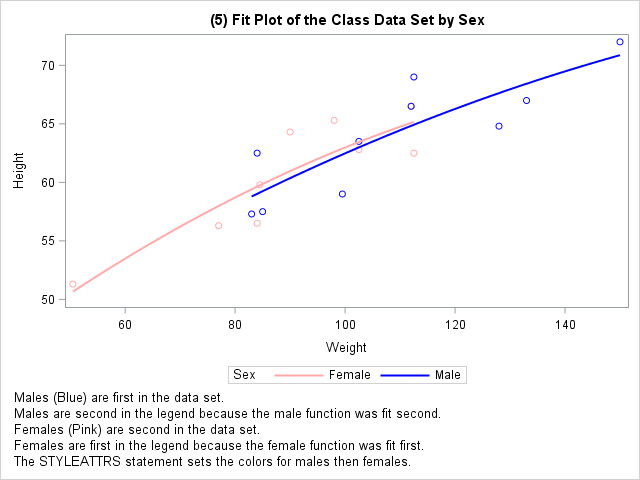 The STYLEATTRS statement sets the contrast colors to blue and a shade of pink for GraphData1 and GraphData2. The order of the legend entries is alphabetized, and the colors are consistent with gender identity colors.

Notice that the preceding step uses a REG statement without the NOMARKERS option. With this combination, the assignment of style elements to groups is reversed from the example with the REG statement and the NOMARKERS option. If you cannot anticipate which style element is used with which group, do not worry about it; it will all become easier in the last example. You can use attribute maps to control the order of the legend and override the GraphDatan style elements.

This second last example still relies on knowing the default group assignment. The first step creates an attribute map with females first and then males. Therefore, females will appear first in the legend. In this example, the only attribute that is set is FillColor, which is irrelevant in this graph. Specifying an irrelevant variable like this enables you to use an attribute map to simply control legend order: 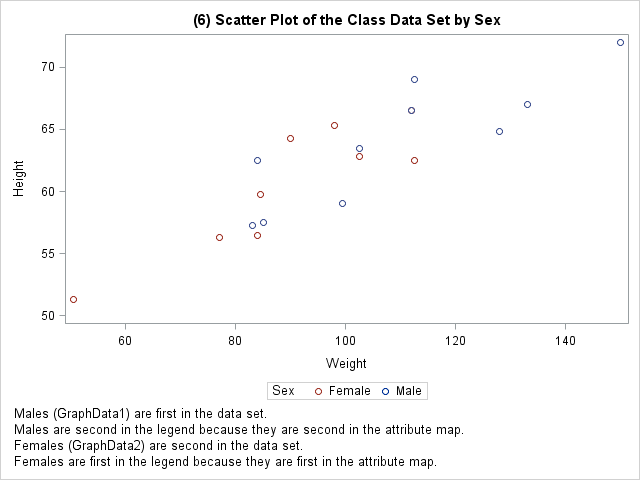 The last example is more typical, and it does not require you to know the default group order. The attribute map names females first and males second so that the legend entries appear in that order. Furthermore, females are explicitly specified to use all of the components of the GraphData2 style element and males use all of the components of GraphData1. 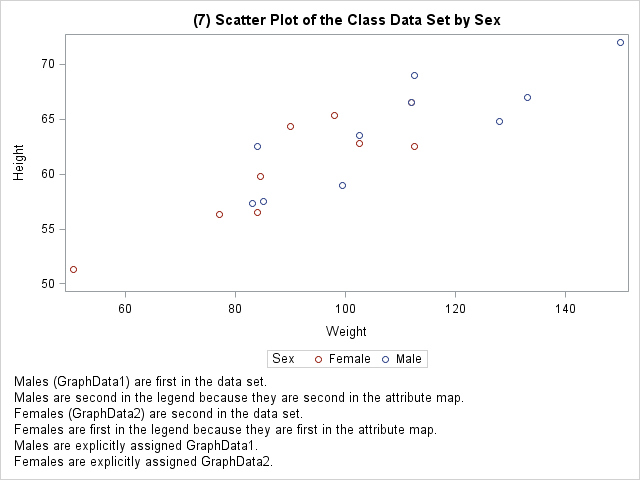