Let us use the example of the data for an electric motor that I eyeballed off of a web page listing the observations for RPM, Amps, Efficiency and Torque.  The data is included in the attached code file.  Here is the graph and the code for the Amps and Efficiency by Torque: 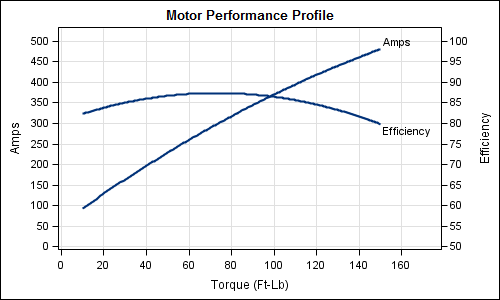 Here are some of the key aspects of this graph:

Now, we want to add a third response, RPM, display all the curves in the same graph, along with an external axis for RPM.  The graph and code are shown below. 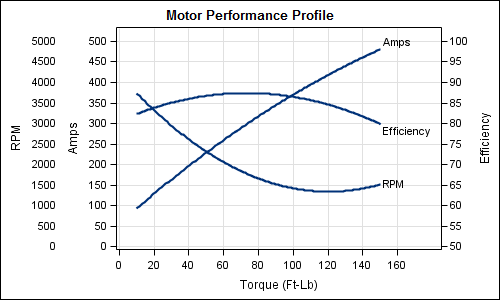 Some key aspects of the graph are as follows:

Now, we make some cosmetic improvements to enhance the readability of this graph  We have color coded the curves and the corresponding axis values to make it make the graph easier to decode.  The graph and the code are shown below: 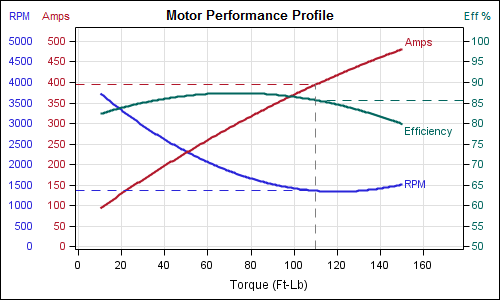 Some key aspects of the graph are as follows:

There is really no limit to the number of response axes you could create in this way.  Add additional cell with Y axis on the left, or with a Y2 axis on the right to create a graph with multiple Y and / or Y2 axes.  This exercise is left to the reader:  Add another response column to the data, say Horsepower, and plot it in the graph, and create a 2nd Y2 axis for Horsepower.