Stretches shoulders, hamstrings and calves while strengthening arms, core and back; Calms the mind! 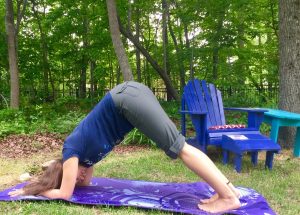 Namaste – The light within me honors the grace and wisdom within you.