With a valuation nearing $30B, AirBNB is a really big deal. The home-sharing service aims to disrupt the traditional hotel industry by letting every Joe and Jane Sixpack turn their homes into de facto temporary lodging.

AirBNB's business model is nothing if not innovative – perhaps too innovative for state and local legislatures. You see, many lodging statutes were conceived decades ago, long before apps and smartphones made anything remotely resembling AirBNB possible. Plenty of established industry types believe that the home-sharing service violates many of these laws. (Faced with significant opposition, AirBNB is upping its lobbying efforts.) Beyond the question of its very legality, the company faces increasing claims that homeowners use the site to discriminate against minority renters. 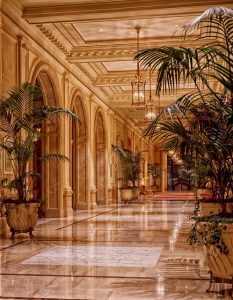 There's a relatively simple and transparent way to answer thorny questions such as these: data. That is, rather than engage in theoretical debates about what home and apartment renters could do, why not look at the numbers to see what they are actually doing on AirBNB?

And here's where things get dicey. Much like Uber, AirBNB is loathe to share its data under the auspices of privacy. I can't fault a company for protecting its customers' data, but it's naïve to think that AirBNB doesn't have a vested interest in keeping things quiet. Perhaps that data can answer questions about the legality of the company as well as recent discrimination claims.

AirBNB’s defiant stance on its data hasn't stopped people from playing detective – far from it. Plenty of folks have launched sites that attempt to shed light on AirBNB's business practices. (Click here for one.) And many media outlets have conducted their own investigations, casting light on whether the company is nearly as democratic as it purports to be.

Make no mistake: AirBNB provides a major data governance lesson for mature organizations. Before the explosion of social media, big data, smartphones and the like, data governance efforts were by comparison fairly straightforward. At a high level, boards, stewards and councils needed to ensure employees did not do anything untoward with enterprise data. Put differently, the focus was exclusively internal.

Now everyone is a potential citizen journalist. Data collection methods have exploded, as have open data sets such as those found on data.gov.

The point here is not that traditional data governance efforts no longer matter. They certainly do. It's just that even the "best governed" organization today isn't safe from inquiring minds, never mind bad actors in the form of increasingly sophisticated hackers. CXOs who believe that they need not concern themselves with what non-employees do are sorely mistaken.

If I worked in a formal data governance capacity, I would not just worry about what our employees could do with data. Although I couldn't control them, I'd fret just as much over what people outside of the organization could do as well.