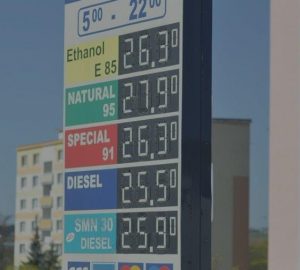 In the recent article, “Price-bots can collude against consumers,” the Economist discusses the consumer effects of prices set by price-bots.

The article starts with an example of gasoline pricing strategies on Martha’s Vineyard. With a small number of gas stations on the island, the price-bots can cover all competitor prices frequently and respond almost in real time to any competitor price changes. This market situation results in significantly higher prices for gas than on the nearby mainland.

One explanation is that the bots determined that undercutting each other’s prices is not beneficial, not even in the short run. When suspicion of collusion arose on Martha’s Vineyard, authorities looked into it and found no evidence of a conspiracy. Sometimes, a market is conducive to “tacit collusion” between retailers, which is not illegal.

The article goes on, referring to similar documented cases, some from the book, Virtual Competition: The Promise and Perils of the Algorithm-Driven Economy. The book raises some interesting and relevant questions regarding markets manipulated by bots and algorithms. One concern raised in the article is that:

A cabal of AI-enhanced price-bots might plausibly hatch a method of colluding that even their handlers could not understand, let alone be held responsible for.

The last part of this statement is particularly bothersome. The article’s argument echoes similar discussions in the news regarding chat bots, military robots, and self-driving cars.

Pricing is close to me since I’ve enjoyed working in this field for a long time. It’s not always easy to write about pricing practices in detail because pricing strategies are considered part of a company's secret sauce. So let me cherish the opportunity and provide some further perspective.

If pricing is such an integral part of the company, why can the company no longer be held responsible for the prices of their products, just because they’ve started using pricing bots? Are they absolved from responsibility simply because the owners of the pricing bots don’t understand what is going on? If that’s an accepted principle, what kind of world will that lead too?

Pricing is the ability to set and negotiate the right prices for the goods and services your company provides. Market conditions change continuously, which makes pricing a complex task that often requires analytics. Of course, the best price is not just the highest price you can charge while still winning enough deals. Rather, prices should fit the long term strategy of a company and reflect the goals and values of the company. Therefore, a company should want to control its pricing strategies tightly.

The best price is not just the highest price you can charge while still winning enough deals. Rather, prices should fit the long term strategy of a company and reflect the goals and values of the company.

The handlers own the price-bot and they train the artificial intelligence (AI) algorithms driving the bot. They set up the bot to meet objectives, including fair pricing and long term profitability, and someone should be on the hook to ensure those objectives are met. If you can’t immediately understand every aspect of a solution that the bots produce, that’s one thing. But you surely can monitor the solution and its impact.

In Operations Research, practitioners have dealt with large scale optimization solutions for decades, many of which qualify as AI or Machine Learning applications by current standards.  Individual decisions within the optimized solution are often hard and time-consuming to interpret. But you can monitor the solution and its overall impact.

Accountability should be a requirement in pricing

Returning to the case at Martha’s Vineyard gas stations, let’s not forget that retailers have long hesitated to put automated pricing algorithms in place because they could inadvertently trigger a price war. Few pricing experts would hold that against them since price wars are in the long run rarely good for any of the retailers involved. So, naturally, algorithms have been designed and trained to address this risk. Is it really a surprise, then, that we end up with market scenarios like the one observed on Martha’s Vineyard? Is collusion really tacit if it started as a tacit software requirement?

Blaming ”the computer” for anything bad that happens isn’t new. With the challenges we will face given the way AI is developing, holding the line on accountability will be hard. But let’s not make it too easy to use these new tools and unfamiliar tactics as an excuse for irresponsibility, incompetence or ill purposes such as collusion. Let’s agree that accountability is a requirement. Pricing bots have to adhere to certain pricing principles that can be managed and monitored. Failing to do so is something we bot handlers should be held responsible for.

To learn more about this topic, download a whitepaper about competitive price intelligence. 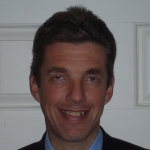 Maarten Oosten, Ph.D. specializes in pricing and price optimization and brings close to 20 years of experience designing and implementing pricing solutions to the Advanced Analytics Optimization Solutions team at SAS. These solutions include advanced pricing analytics across different industries such as distribution, manufacturing, express shipping, cargo and travel & transportation industries.