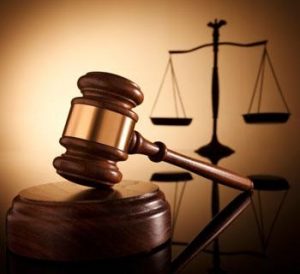 Entity resolution helps create a consistent profile of an offender across counties and jurisdictions, which offers a full view of an individual’s criminal charges and status in the criminal justice system. Role-based privileges ensure that users have access only to the appropriate information needed for them to do their jobs. CJLEADS has saved the state tens of millions of dollars since the program’s inception by reducing search times, eliminating manual data integration, and reducing the risk of missing critical offender data.

You can learn more about those great results and read glowing testimonials from officers and investigators on the CJLEADS website.

However, up to now, not as much has been written about the operational values the system can provide to state prosecutors. Ripley Rand, the former U.S. Attorney for the Middle District of North Carolina 2011-2017, recently shared four ways CJLEADS improved the work of the U.S. Attorney’s Office.

Better cases, tougher charges – CJLEADS provided relevant information about target cases and defendants much more quickly and completely than the previous databases available to prosecutors.  It also helped drive prosecutorial resources to the highest priority cases. For instance, the use of CJLEADS provided real-time information about suspects charged with crimes in multiple jurisdictions. A full view of an offender’s history helps prosecutors pursue cases that are more likely to end in strong sentences against hardened criminals.

Reducing the average age of a case – Through the use of CJLEADS, prosecutors were able to move cases through the evaluation process and into court much more quickly than in years past. Delays in the investigation and prosecution processes were reduced, and cases were both charged and resolved more rapidly. Moving cases swiftly through the system has the added benefit of reducing the time defendants reside in local jails. Where the investigation and evaluation process once took months, with CJLEADS that process now often takes weeks, and sometimes even days. ROI can be calculated against the reduction of days in jail awaiting trial.

Seeing the complete picture of criminal conduct - Integrating the data of all jurisdictions within the district enabled prosecutors to learn about and evaluate all the cases involving particular charges (robberies, identity theft, child exploitation, etc.) rather than through the incomplete methods previously used.  With this more thorough knowledge base, they were able to make more informed decisions about how to best prosecute the alleged offenders. (Law enforcement officers can do the same with greater access to information about crimes occurring in and around their individual jurisdictions.)

Improving the efficiency of the office - Because the office was evaluating cases more quickly and moving them through the court system more efficiently, they were able to prosecute more cases, despite working with limited resources following US government sequestration. The year after the office began using CJLEADS, it prosecuted 18.2% more cases and reduced the time it took cases to move from investigation through the court system by 8.6% - and did it with fewer people than it had pre-CJLEADS.  CJLEADS empowered the office’s mission, which is to prosecute the crimes and defendants that pose the greatest threats to the community.

The United States Department of Justice recognized the outstanding performance of the U.S. Attorney’s Office for the Middle District of North Carolina: The Chief of the office’s Criminal Division, Cliff Barrett, received a national award within the U.S. Attorney community for implementing the use of CJLEADS in the office.

As court systems look to improve their efficiency and effectiveness, they need to adopt new technology to help their personnel. The NC CJLEADS project is an excellent example of how better information sharing and thoughtful technology design can improve the functionality of the court system.  Systems like CJLEADS can provide great value in functions beyond identification and record keeping, including daily operations, case evaluation, policy decisions, staffing, training, and much more.

David Kennedy is a Senior Industry Consultant for public safety in the US Government Practice at SAS. He has worked with criminal justice and public safety agencies for 12 years, helping them use data and analytics to manage cases, catch perpetrators and keep citizens, and officers, safe.