The degree of success achieved by any local government is dependent on how well the city or county manager is able to tie these data elements together to create a complete picture of how well the organization is meeting its goals. More importantly, it is critical for the manager to be able to have a holistic view of the relationships of all of these activities to each other in order to be able to identify problems early and respond appropriately.

A good example of how a holistic view can not only help the local government  identify and solve problems early to save money, but can also help improve the community, can be found in the problem of neighborhood deterioration.

Consider this example. A city manager is confronted with a request from the City Council to address blight and crime in Neighborhoood X.  The city manager asks the police chief, the public works director, the planning director, the director of permits and inspections, and the budget director for all relevant data on this neighborhood. Unfortunately, each of these functions operates with a different data information system.

Here’s what they tell him:

Police chief: “The computer aided dispatch system indicates property crime and vandalism are a problem in the area, and the police department is responding in a timely manner.”

Planning director and inspections director: “Our data systems show code violations and minimum housing code complaints are a problem in the area.”

Budget director: “These problems cannot be too serious because expenditures for these types of activities are down for the fiscal year.”

The city manager asks if these problems are a recent phenomenon. He also asks if these occurrences are confined to a particular part of the neighborhood or are pervasive throughout. All respond that they do not have those answers at hand, but can develop them.  Based on this disjointed information, the city manager asks the police chief to allocate more patrol time to the area and the other departments to address their respective concerns until they have more information.

Under this scenario, which is typical, the city manager does not know crime and vandalism began increasing three years ago and has been isolated to a four block area. He is also unaware that the code and housing issues began 18 months ago and are confined to that same area. The budget director can’t tell that while expenditures are down for infrastructure maintenance and rectifying code violations, expenditures for those activities in the area in question were up over 80%, and that property values in the area were decreasing.

The city manager is only going to know these important facts if the town’s databases are integrated, tracked over time and the relationships are identified and subjected to analytics. All of this information could have been displayed on a dashboard accessible to the city manager and the department directors on a daily basis.  The relationships between crime and vandalism, increased public works costs, maintenance costs and code violations would have been obvious and pointed to a neighborhood in serious deterioration.  With analytics, decisions could have been made to allocate resources through a community policing program and/or additional recreation programs to deter the crime and vandalism which led to the decline. The end result would be a clean, safe neighborhood, and the saving of hundreds of thousands of tax dollars. 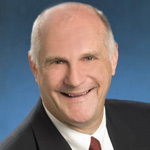 Bill Coleman works with SAS local government customers across the US to understand best practices and solutions. Coleman applies his more than 30 years of experience as a senior leader in city and local government to guide SAS product and marketing management. From 1994 to 2008, he served as Town Manager of Cary, NC, the seventh-largest municipality in the state with a population exceeding 130,000. Coleman was responsible for planning, organizing and directing municipal operations, which included more than 1,000 employees and 11 departments providing a full range of municipal services. Under his leadership, Cary was the first municipality in North Carolina to work on performance enhancement system. The system was designed to help the town maintain its high quality of life by improving resource allocation and operational efficiencies throughout town government, beginning with the areas of public safety and development services.