I'm excited to curate a series of posts focused on CAS Actions. However, before I dive into details and code, I thought I'd take a moment to lay a foundation for a better understanding of CAS and CAS actions. I'll cover things here at a high level as there's quite a bit of information out there already. Please see the Additional Resources section at the end of this article for more details.

Before we dive into details about actions, let's quickly review the CAS server in SAS Viya.

First, the CAS Server. It provides cloud-based, run-time environment for data management and analytics in SAS Viya. You process data in all stages of the analytic life cycle using the power of distributing computing. To process data in the CAS server, you must first load data into memory from a data source.

There are a variety of interfaces available to execute CAS actions. One method is using the native CAS Language (CASL). CASL is a statement based scripting language. With CASL you can use general programming logic to execute actions, work with the results, and develop analytic pipelines. You can also execute actions through the CAS API using languages like SAS, FedSQL, Python, R, Java, Lua and REST. 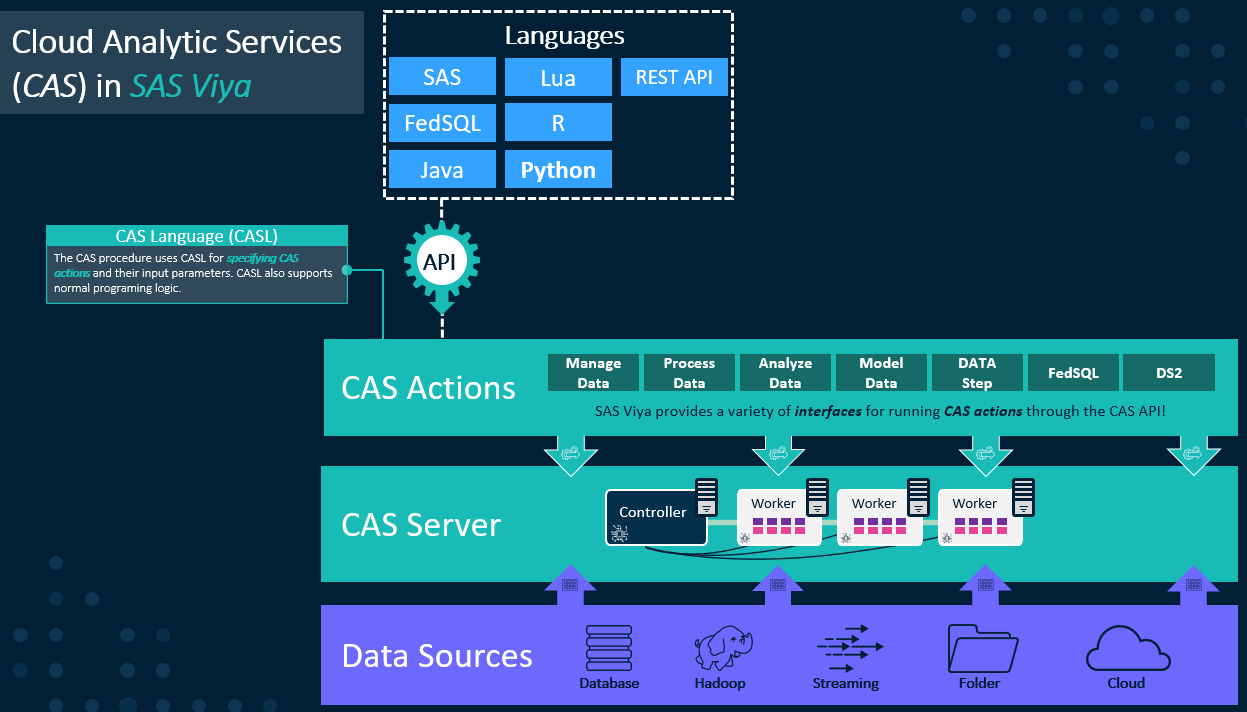 One major benefit of CAS actions is the CAS API allows you to execute familiar syntax in your language of choice. When using familiar methods, the CAS API will convert them into actions behind the scenes.

For example, to retrieve the first ten rows of a CAS table you can use the SAS PRINT procedure, the Python head method, or the R head function. All of these methods will convert to the fetch action behind the scenes through the CAS API. Many familiar procedures, methods and functions are available. See the SAS Viya Programming for Developers documentation for more details about specific languages.

Executing Actions in a Variety of Languages

Another benefit of CAS actions is that you can directly execute actions from a variety of languages. This allows for all types of programmers to work together using common actions. For example, you can execute the same fetch action in SAS, R and Python.

Lastly, SAS Viya has a many applications that can work with data in the CAS server, These applications provide a variety of functionality. From point and click to programming, executing actions behind the scenes. 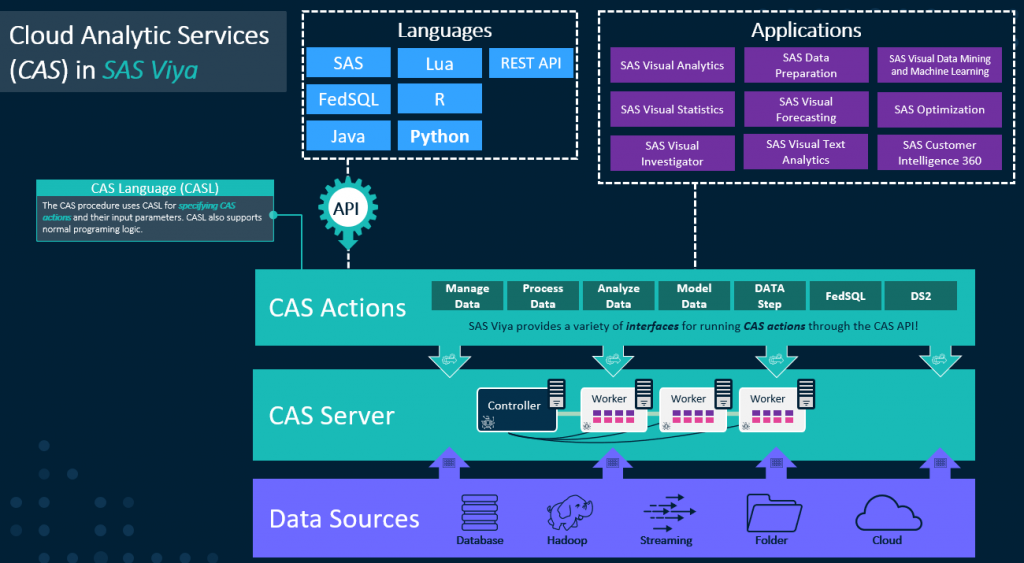 Hopefully, I've provide enough of a base for CAS, CAS actions, and CAS action sets for you to get started. Here's what you need to know to move forward: