In my previous blog post I demonstrated how to create your own CAS actions and action sets.  In this post, we will explore how to create your own CAS functions using the CAS Language (CASL).  A function is a component of the CASL programming language that can accept arguments, perform a computation or other operation, and return a value.  The value that is returned can be used in an assignment statement or elsewhere in expressions.

Since the capabilities of built-in functions are unique to CASL, let’s look at these in-depth and demonstrate with an example.  Save the following FedSQL code in an external file called hmeqsql.sas.  This code will be read into CAS and stored as a variable.

The execDirect action executes FedSQL code in CAS.  The READPATH built-in function reads the FedSQL code saved in hmeqsql.sas and stores it in the CASL variable hmeqsql which is used as input to the query parameter.

The fetch action displays the first 20 rows from the output table hmeq.out. 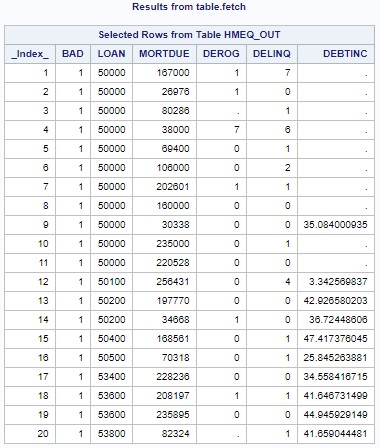 If you don’t feel like looking through the documentation for a built-in or common function, a list of each can be generated programmatically.  Run the following code to see a list of built-in functions.

Run the following code to see a list of common functions.

In addition to the customizable capabilities of built-in functions supplied by SAS, you can also create your own functions using the FUNCTION statement.  User-defined functions can be called in expressions using CASL and they provide a large amount of flexibility.  The following example creates four different functions for temperature conversion. 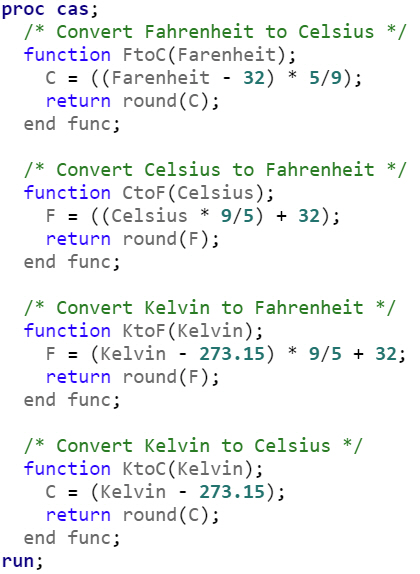 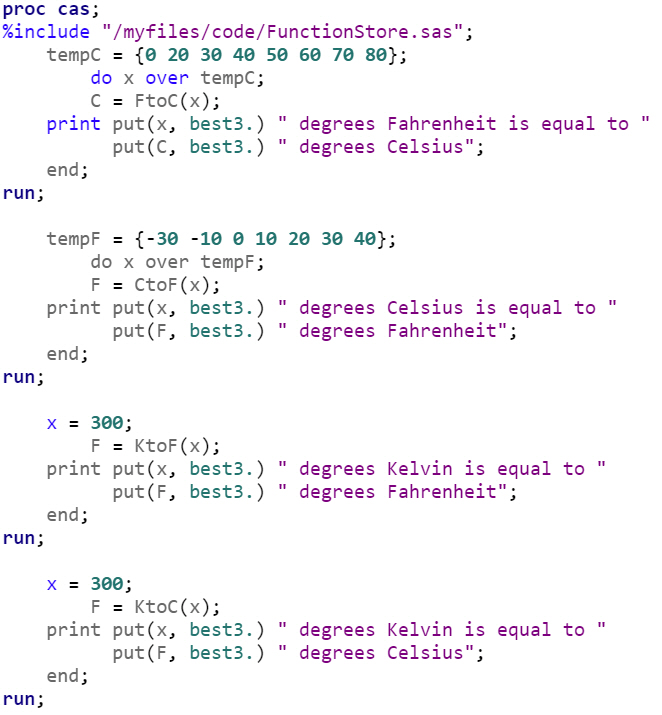 The output from each function call is displayed in the log. 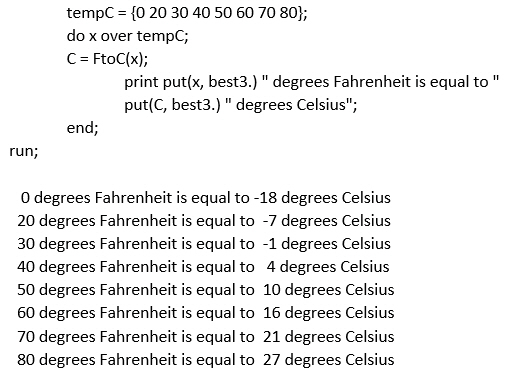 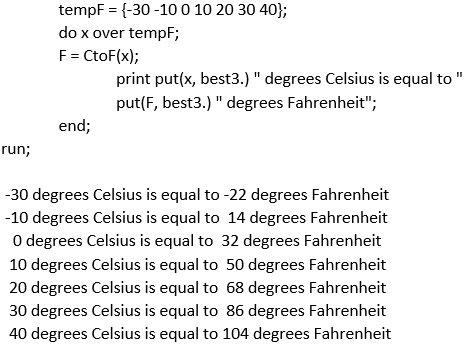 Lastly, if you want to see all user-defined functions, run the FUNCTIONLIST statement.  A list will be printed to the log. 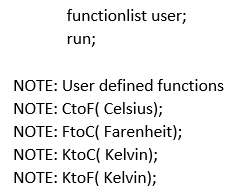 More about CASL programming and using functions in CASL

Check out these resources for further information on programming in the CASL language and using functions in CASL.

Brian empowers others to unleash the strength of their data through code. He's delivers support and enablement to SAS® customers and the SAS® sales and pre-sales organizations with a specific concentration on SAS® Viya™, DS2, the SAS® In-Database Code Accelerator, Big Data and Hadoop. Brian has been a SAS® programmer for 20+ years and has been at SAS® since 2012.