I peruse many different websites to get my news, and I always keep an eye out for good (or bad) presentations of data. I recently saw a posting on reddit claiming "U.S. GDP is greater than the total of all others combined." This news seemed too good to be true (for the US), so I decided to do some data sleuthing and try to verify whether or not it was true. Did I find what I was looking for, or as my buddy John says, did I take a journey down the rabbit hole? Read along and find out!

Here's the original headline, and chart, I saw on reddit: 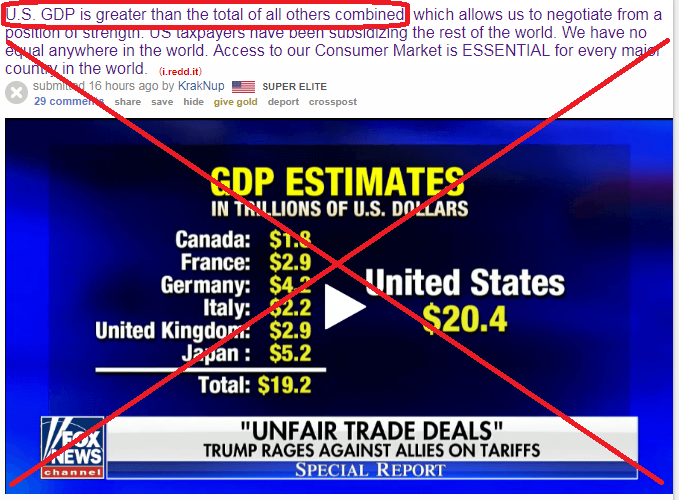 Since it has a 'play' button, it appears to be a screen-capture of a video. I right-clicked on the image in my Google Chrome browser, and tried "Search Google for image". I got several matches, of various different sizes of this image. 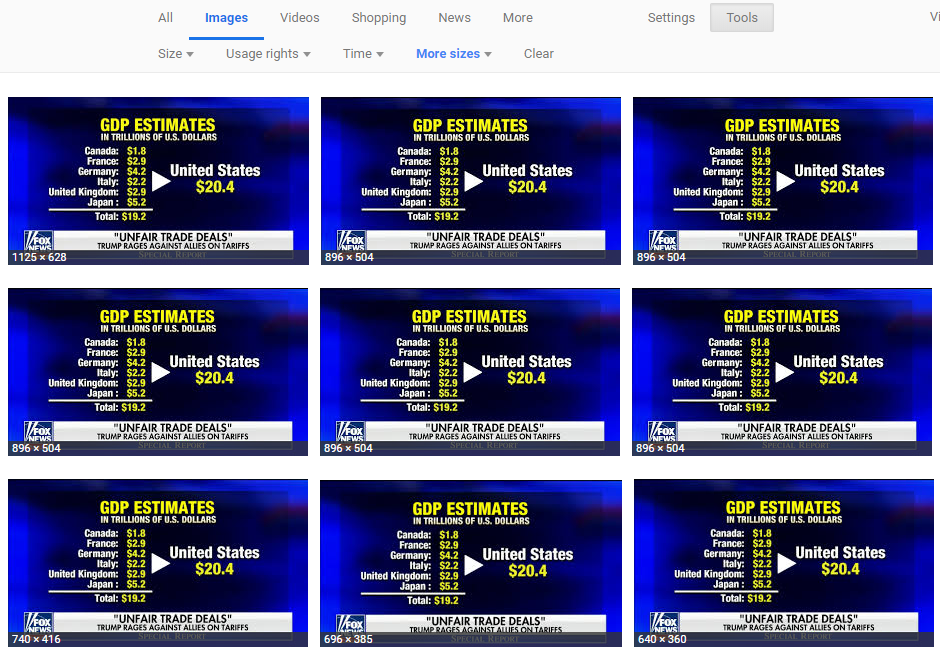 The larger size images are usually more likely to be closer to the original, so I looked through them first. I found that the arabiangazette story had  a link to the original Fox news story. The screen-capture comes from 2:27 in the Fox video. After skimming the article and the video, I found that the data is comparing the US to the other countries in the G7 - not comparing the US to all the other countries in the world. So it appears the comment in the reddit posting was a bit misleading (perhaps intentional, or perhaps they just forgot to provide the proper context for the comment?)

Now for my new/modified question. Does the US really have a larger GDP than the other 6 countries of the G7 combined? Where did they get this data? The article is dated June 9 (no year), and the URL of the article indicates it is June 9, 2018 ... and since the title of the table says "GDP Estimates" I assume it must be talking about 2018. But I would need to see the actual data to know for sure. And unfortunately the Fox article did not list the data source.

So I went on a data-quest ... I did a few Google searches, and ended up on one of the Wikipedia pages for GDP. I then went to the External links section at the bottom, and followed the link to the International Monetary Fund (IMF) World Economic Outlook (WEO) weodata index page, where I found a link to their Entire Dataset download page. I downloaded that data, but it didn't match the values in the Fox News table. Upon further investigation, it appeared to be the 2017 data. I then changed the 2017 to 2018 in the URL, and found the download page for the April 2018 data, which did match the Fox News table. 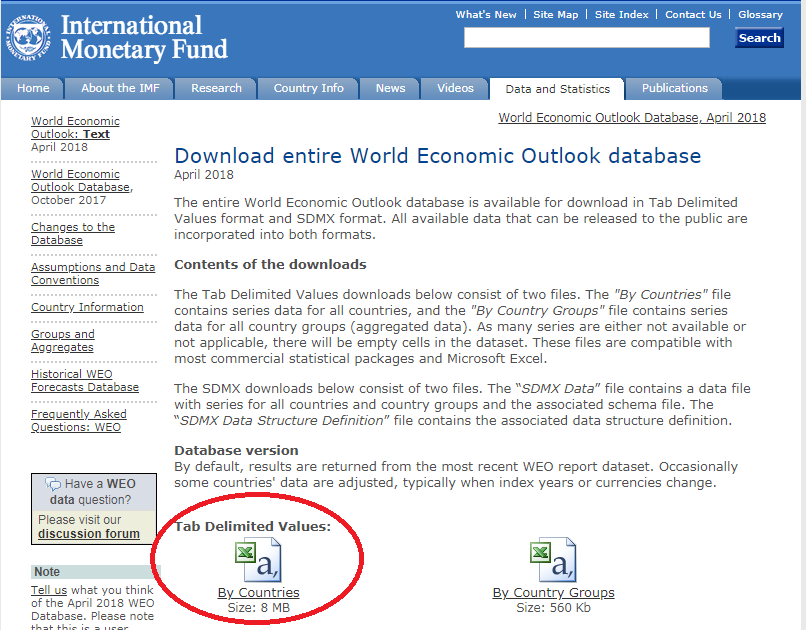 After subsetting the data, I spot-checked the GDP values and confirmed that these values are indeed the same as the ones in the Fox News table.

But of course I started thinking that there must to be a better way of viewing this data. The Fox table was not even in alphabetic order by country name, or numeric GDP order, so my table sorted by GDP was already an improvement. But these values were just begging to be plotted! So I came up with the following bar chart visualization: 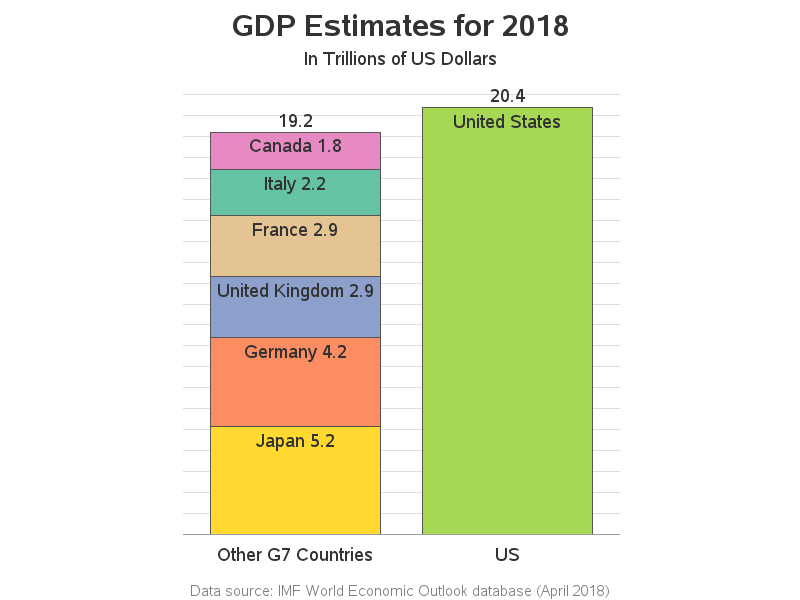 My graph has the country names, the country GDP, and the combined total GDP, similar to the Fox News table. But my graph has a few extra benefits to help you quickly grasp the data:

Now that you know where this GDP data lives, and how to import it into SAS, perhaps you can determine whether the US has the largest GDP in the world, or where we stand in that ranking? (Hahaha! - I bet you didn't know I'd be giving you a homework assignment!)

Since you made it through all that technical stuff, I'll reward you with something fun - here's a picture from my friend Joy, who has done a bit of traveling. Which of the G7 countries was this picture taken in? (feel free to leave your guess in a comment) 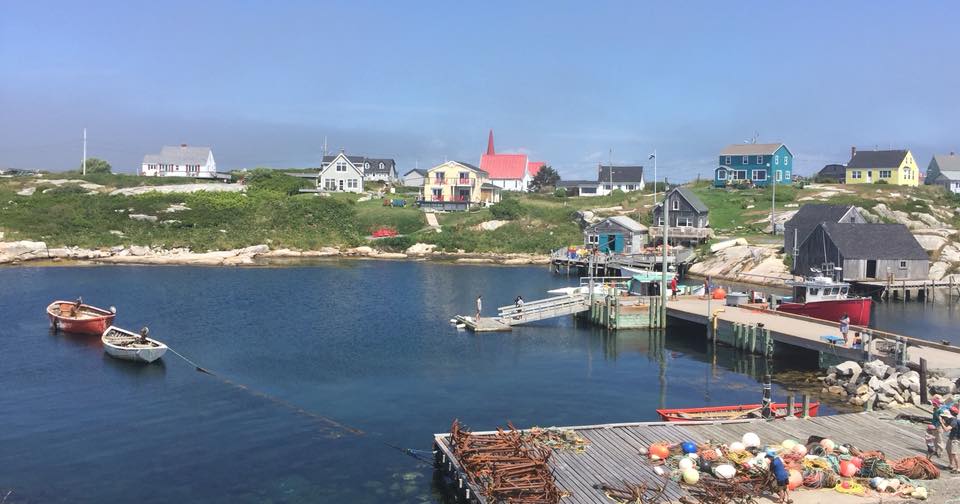