During these hot summers in the southern US, many people regard Willis Carrier (the man who invented modern air conditioning) as a saint. But along with the comfortable indoor temperatures comes the high electricity bill at the end of the month. And how much does the electricity cost? That's a difficult question - it depends on where you live. Let's analyze those differences using a map!

Recently Cristina Miguelez from HowMuch.net contacted me and said "... we've created two heat maps showing residential and commercial electricity prices. We would appreciate it if you could take a look and consider using our visual for one of your stories." How could I resist such an invitation, eh?!? Here's their map: 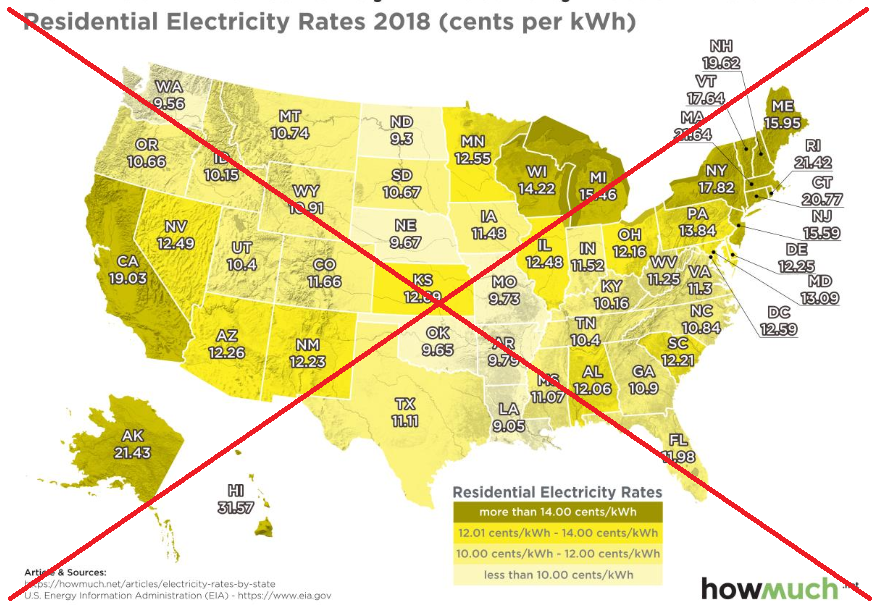 As usual, I have a few suggestions for improvements ... 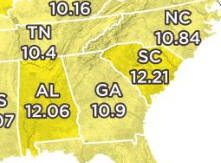 So I downloaded the Energy Information Administration data, imported it into SAS, and started working on a new/improved version of the map. Basically, I simplified it. Rather than transparent colors on a relief map, I used solid colors on a blank map. The legend only shows the ranges of values for each color, and the 'Cents per kWh' is only shown once in the legend label. I emphasized the word 'Residential' in the title, so you can quickly tell that's what this map is about (there is a second map for the Commercial rates). 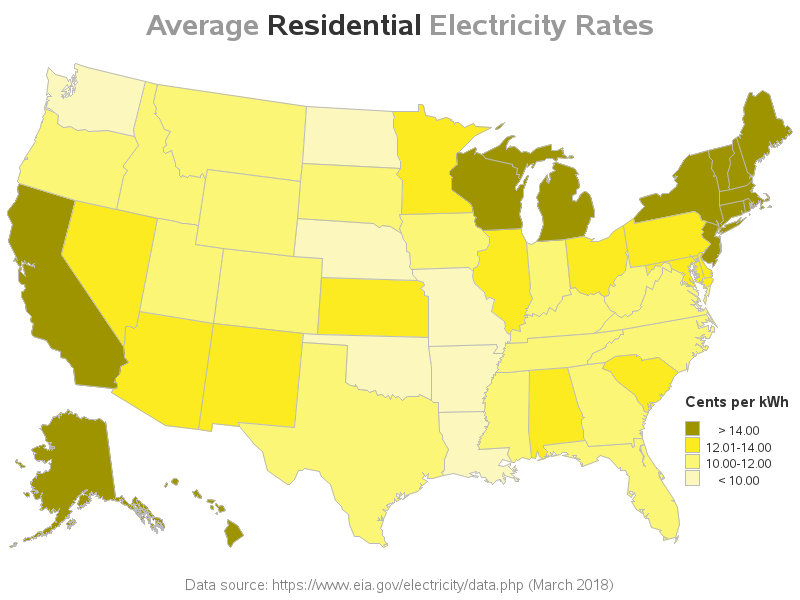 You might notice that I left out the labels on the map. In their place, I added HTML mouse-over text. Click the map above to see the interactive version with the mouse-overs. I think this reduces clutter on the map, and makes it easier to view. Here's a screen-capture of what the mouse-over text looks like: 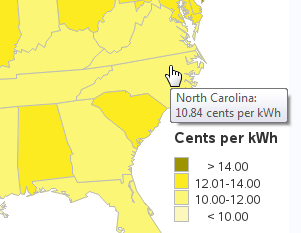 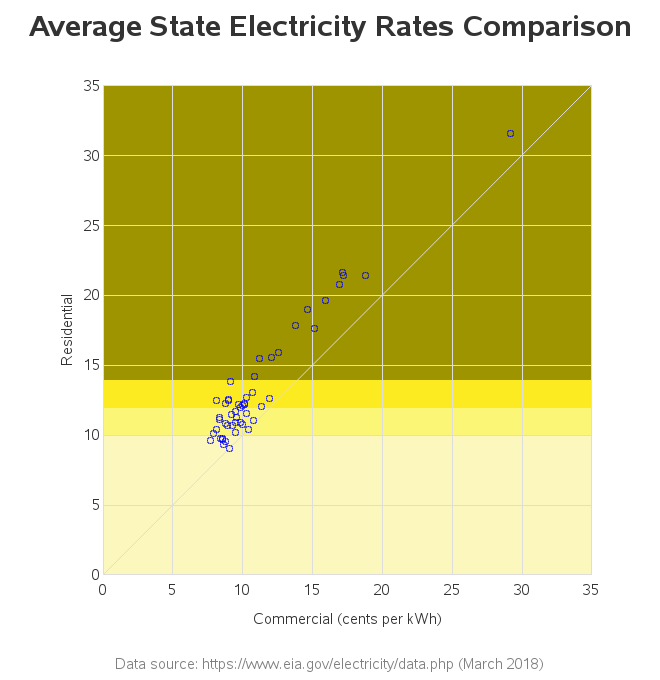 And, I followed the map and plot with a table of the data. That way, if you want to find the values for a certain state, that's easy to do. Here's a screen-capture of a portion of the table (click the screen-capture to see the full table): 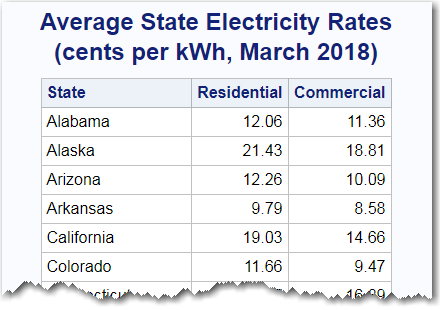 Is the electricity in your state cheap, or expensive? And my international readers - how do US electricity prices compare to the prices in your country? Who has some cool tips & tricks for reducing your electricity consumption (and thereby reducing your monthly bill)? Feel free to discuss in the comments section!