Plastic pollution in the oceans is becoming a huge problem. And, as with any problem, finding the solution starts with identifying the source of the problem. A recent study estimated that 95% of the plastic pollution in our oceans comes from 10 rivers - let's put some visual analytics to work, and show this data on a map...

This past weekend, I paddled my outrigger canoe in the 13 mile Graveyard race (short for "Graveyard of the Atlantic") at the Carolina Cup. I was so focused on not capsizing in the waves that I didn't even have time to think about the sharks, lol. But I do remember that I didn't see a single piece of plastic floating in the water - yay for the clean coast here in North Carolina! :) 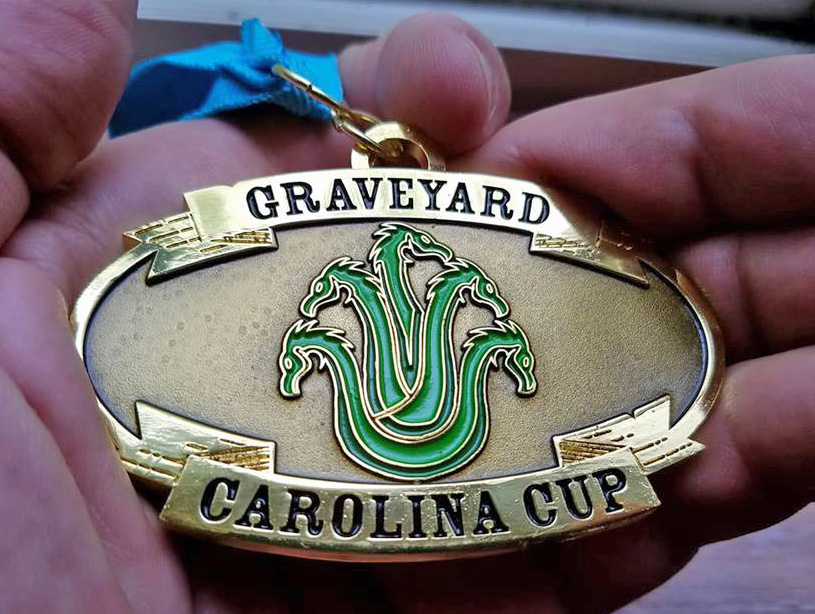 But plastic pollution in the oceans is a big problem in many parts of the world, and there's bound to be more than the occasional litterbug contributing. A recent article caught my attention, with a claim that "95% of plastic polluting the world's oceans comes from just TEN rivers" - wow! And while we should of course all do our part in not littering/polluting, it seems like focusing on these 10 rivers would give the most "bang for the buck," eh? Here's the map of the 10 rivers, from the article: 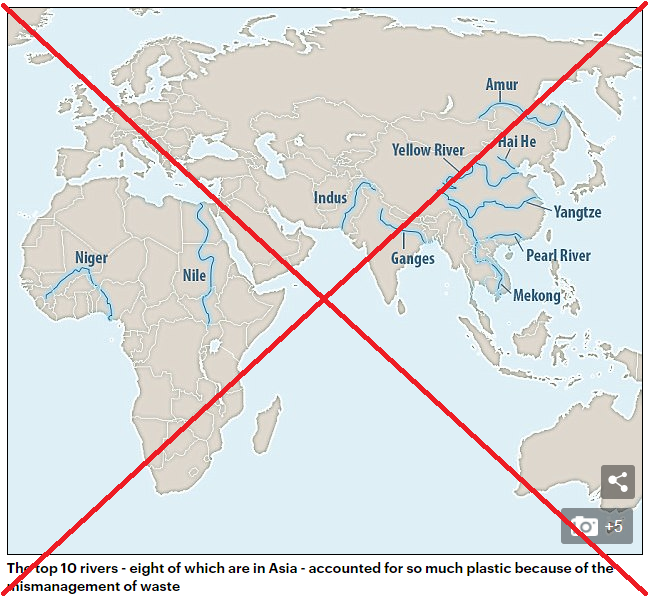 It's a decent map, and gets the job done - but I decided to see if I could create my own version, and make a few enhancements. First I wanted to track down the research paper, and verify the data (since the article I was reading was more of a 'tabloid' than a reputable news source). I found that the research was performed by Christian Schmidt, and published in the paper "Export of Plastic Debris by Rivers into the Sea." And with a little more searching, I also found the numeric data for the 10 rivers!

I then set about creating my new/improved map. I located shapefiles for the rivers & lakes centerlines, and imported them into SAS using Proc Mapimport. I projected the river data using the same projection parameters as my map, and then used annotate functions to draw the x/y values as lines. I colored the rivers red (instead of blue) to emphasize these are problem rivers. And I added labels with arrows pointing to the mouth of the rivers, so it's easy to see where they empty into the oceans. I then added a title, and a footnote indicating the data source. And if you click the image below, you can view the interactive version with mouse-over text with the country names, and if you click the river name labels that will launch a Google search for plastic pollution in that river. 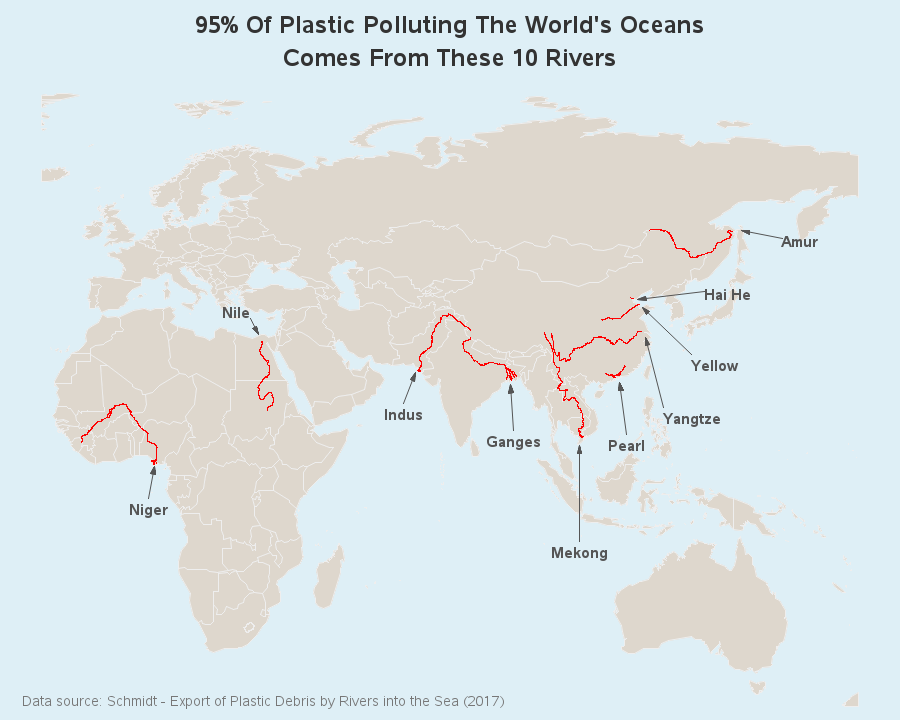 It's good to have a map, but in looking at the data, I noticed that the map doesn't show one of the most significant things ... one of the rivers has has so much plastic plastic that it dwarfs the other top-10 rivers. What's the best way to show that? I decided to use a bar chart: 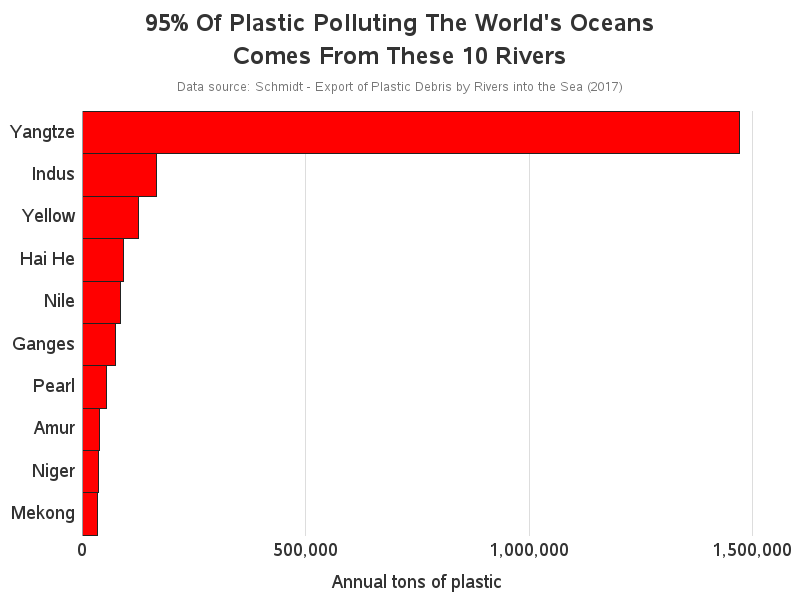 And now a little something just for fun - my usual semi-related photo album. I asked my world-traveling friends if they have any pictures of rivers in Asia, and here are a few they provided...

This one's from Joy: 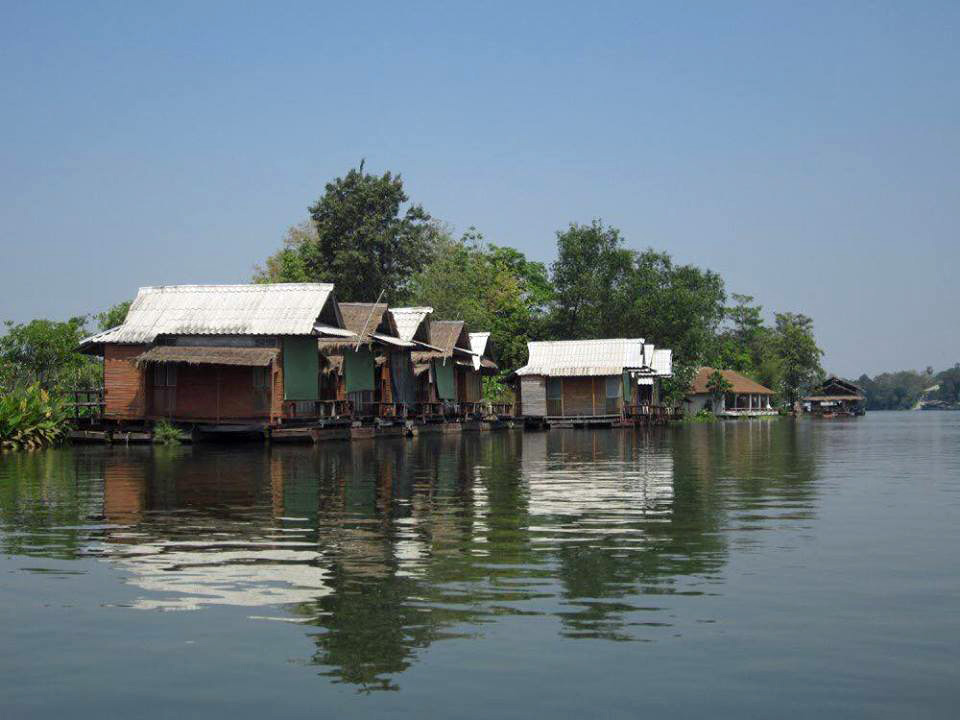 This one's from John: 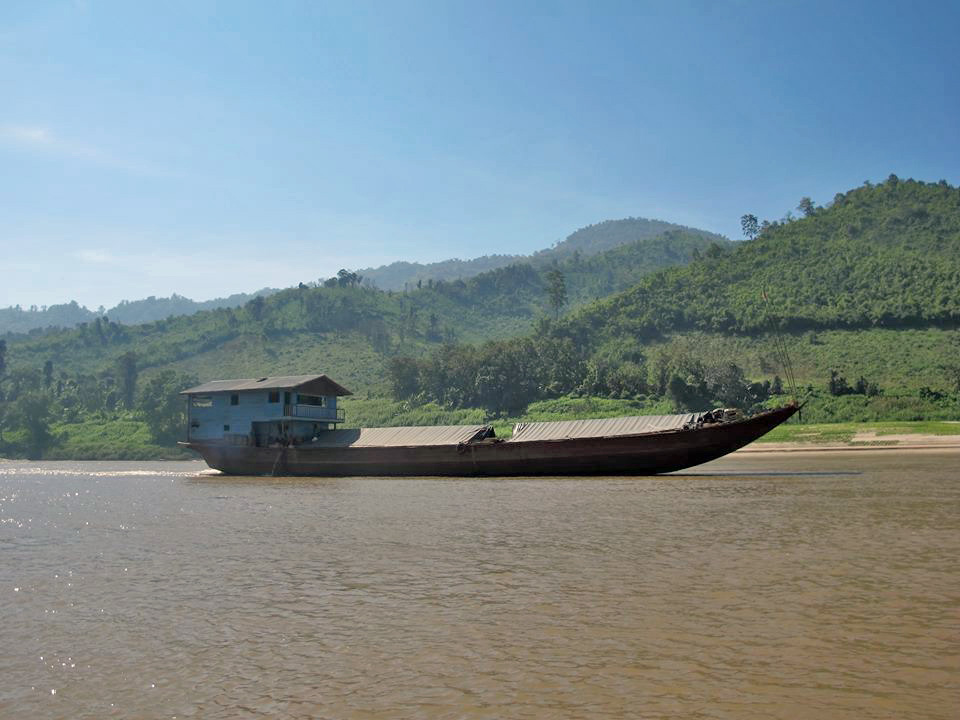 This one's from Simone (who taught me how to paddle!) 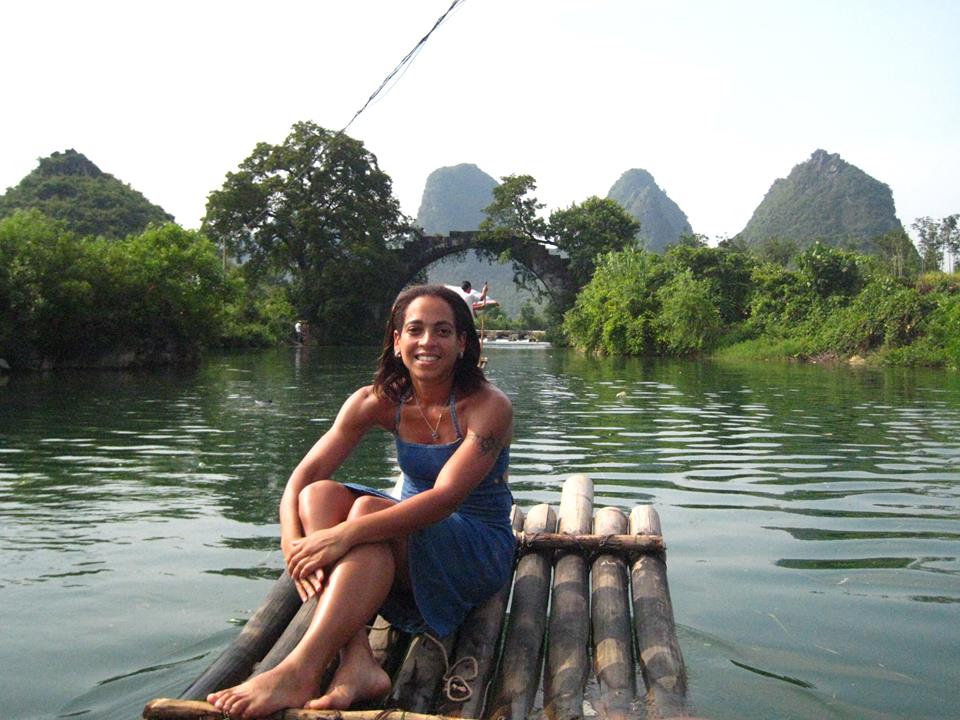 And this next one's not actually from Asia - it's from my hotel window, on the sound-side of Wrightsville Beach, NC (location of the Graveyard race I paddled in this past weekend): 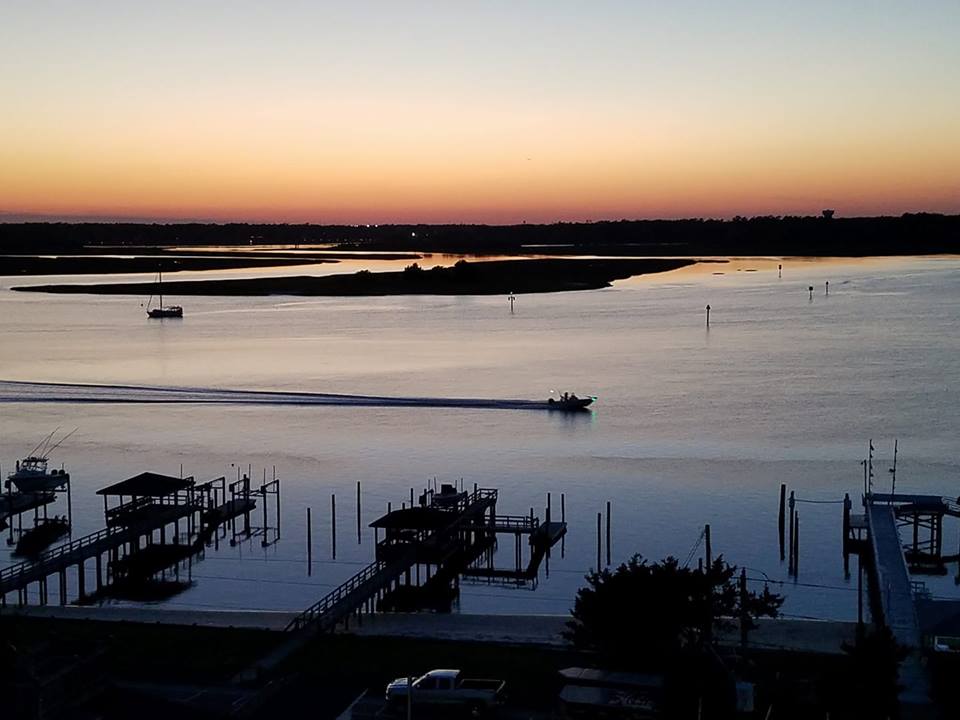