Can felons vote? This seemed like a simple question, but I realized that I wasn't 100% sure of the answer. Therefore I looked into the data ... and apparently "it depends". Follow along and see how I created a map to help answer this question.

But before we take the deep dive into the felon voting data, here is a picture of an old-timey Marshall's Office near Hendersonville NC, from my friend Ben (of Ole Time Barbecue). I wonder what rules they had about felons voting a couple hundred years ago? Thanks for the cool photo, Ben! 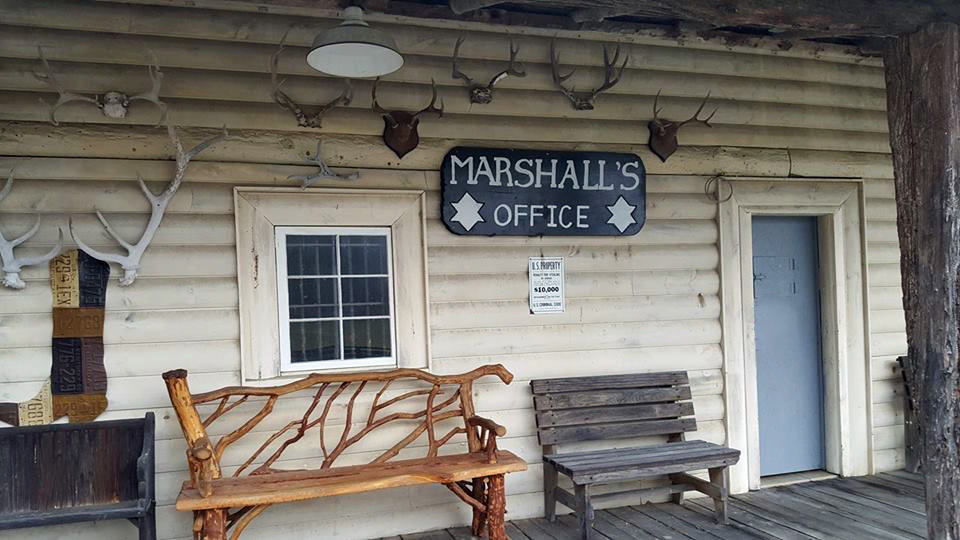 And now, back to felons & voting ... For those of you not familiar with the US legal system terminology, a felon is someone who has been convicted of a felony. And a felony is "a crime, typically one involving violence, regarded as more serious than a misdemeanor, and usually punishable by imprisonment for more than one year or by death."

I found a Wikipedia page with a lot of information on this topic. And they also had the information summarized into a map. "Woo hoo - my work is done!" Right? ... Well, not really. 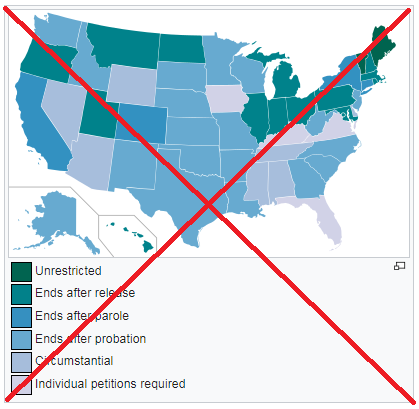 Although I was glad they had a map showing the rules for felons voting in each state, there was some room for improvement. The main problem I noticed was that it was very difficult to match the color shades in the map to the color chips in the legend - some of the shades were just too similar to easily distinguish. And also, the map didn't have a title letting us know what it was all about.

Therefore I transcribed the data from their map into a dataset table, and started working on creating my own version. I used the same color shades as the Wikipedia map in my first prototype, but added HTML mouse-over text so you could hover your mouse over each state and see the felon voting rule. I not only showed the short description from the legend, but also included more detailed explanatory text from the Wikipedia page. Note that I added this descriptive mouse-over text to both the states and the legend color chips (using Proc GMap's html_legend option). Oh, and I added a title! Below is a screen-capture of this first version of the map, showing Colorado's mouse-over text. 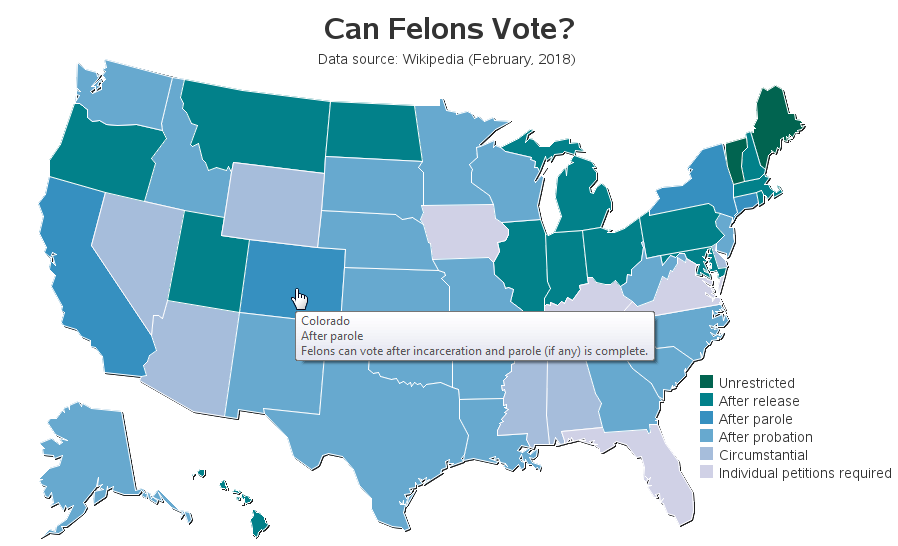 That was a bit better than the original map. At least with this map, if you were willing to do a little work (reading mouse-over text) you could definitively see the value for each state. But the operative word here is work. But I don't want my users to have to work at all ... I want the map to relay the information to them "at a glance". So I created yet another version - this time using a diverging color scheme (rather than shades of one color). I think this version is much easier to read. (Click the map below to see the interactive version, with the HTML mouse-over text.) 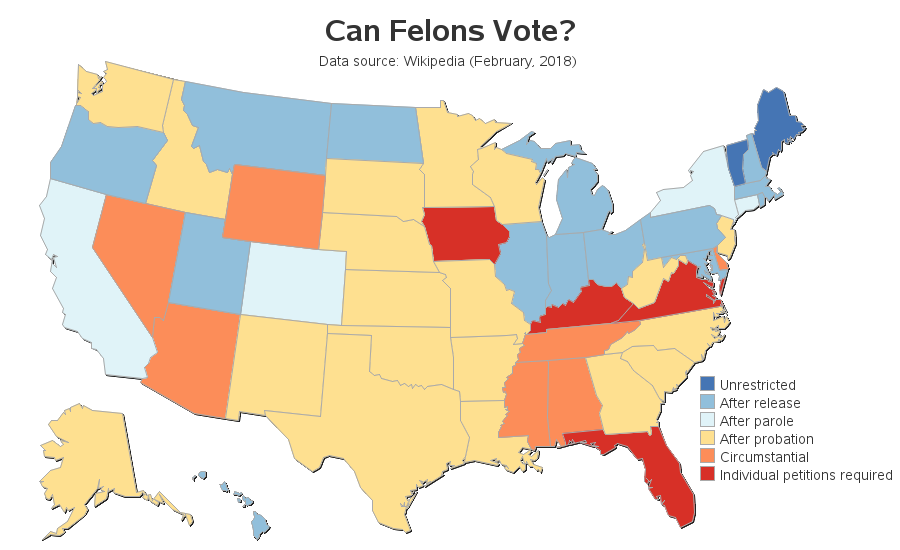 Did you learn anything new here? Were you surprised at all the differences from state to state? Which rule do you think is the right rule? (feel free to discuss in comments)