Amazon recently announced the 20 finalists in their search for a location to house their new 2nd headquarters (nicknamed 'hq2'). They showed a map on their web page, but I wanted to create my own map, with a few improvements ...

Here's their official map. It's not terrible, but it just doesn't really get me excited, from a mapping or visual point of view: 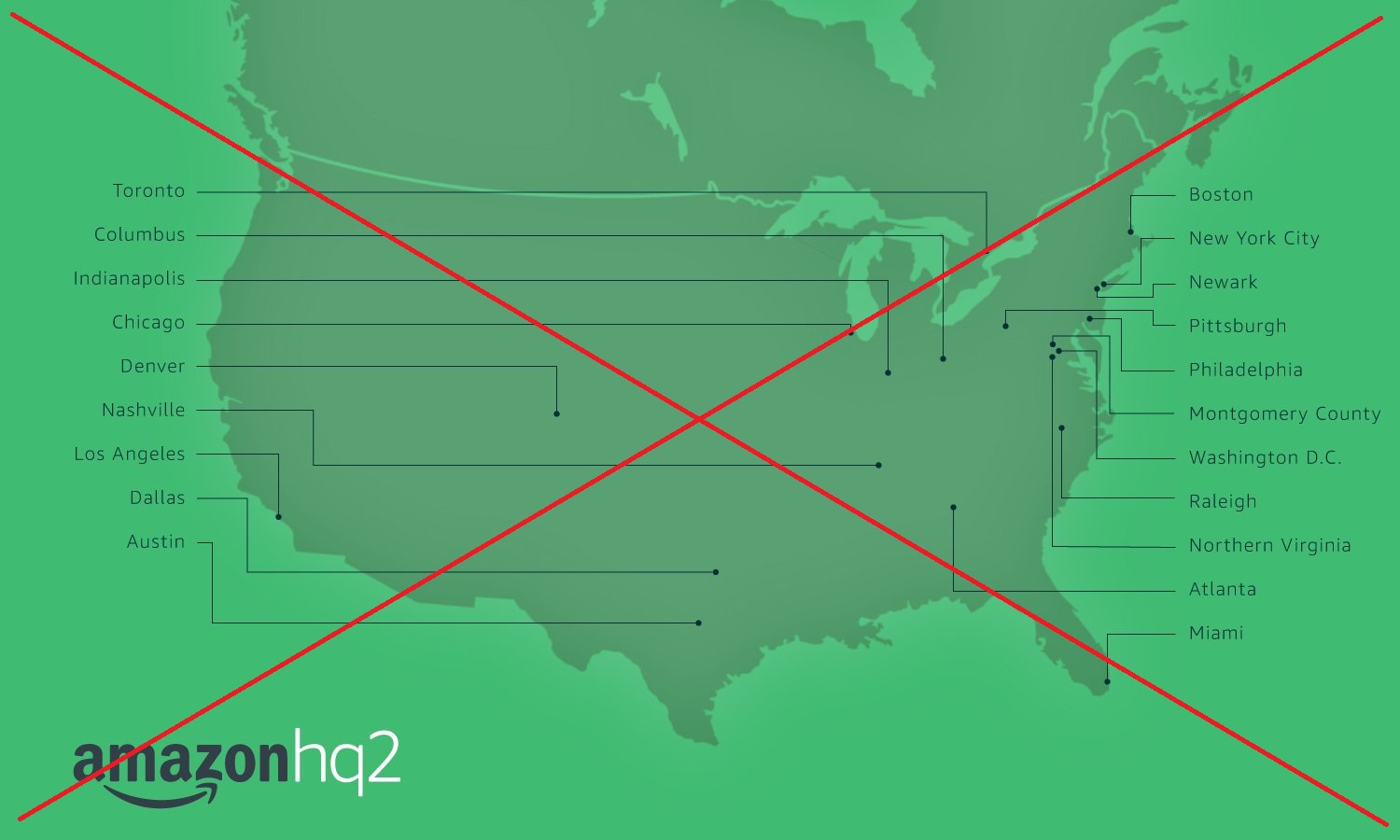 So I got out my trusty SAS software, and set about creating my new/improved version. I used the same basic color scheme and layout, but made several subtle changes. Can you identify the differences before I point them out? (Here's my SAS code if you'd like to see how I created the map.) Click the image below to see the full size interactive version of my map: 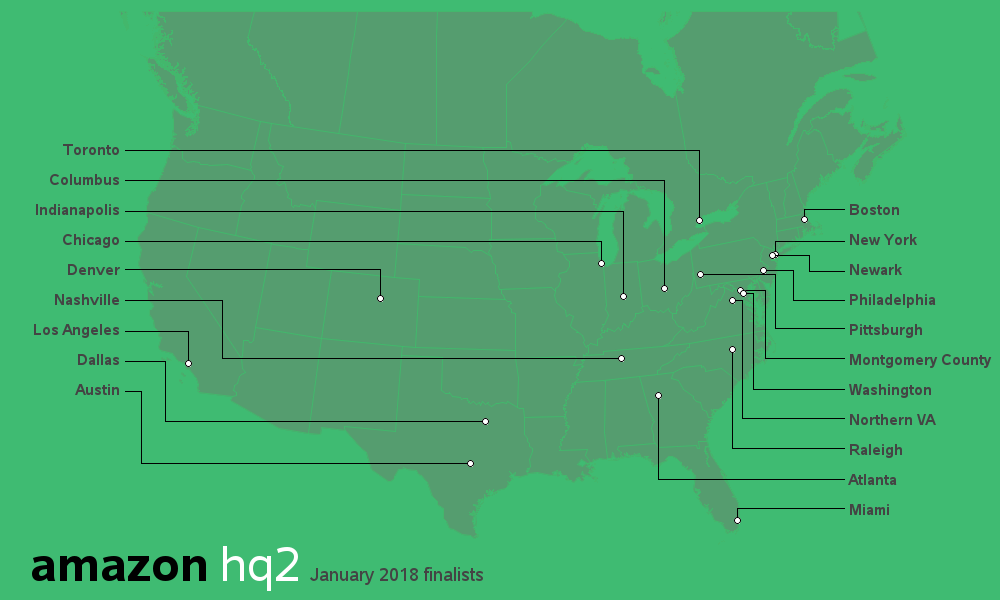 Here is a list of my changes (hopefully improvements!):