For those of you who don't have SAS/Graph's Proc GMap, I recently showed how to 'fake' a variety of maps using Proc SGplot polygons. So far I've written blogs on creating: pretty maps, gradient shaded choropleth maps, and maps with markers at zip codes. And now (by special request from Darrin Brown), I'll show you how to draw a path on a map!

Let me set you up with the scenario for this map first ... the SAS Global Forum conference was over, and I was sitting on the plane in Orlando, FL getting ready to head back to Raleigh, NC - and they said we were going to have to wait because of bad weather in Raleigh. My seat-buddy checked the Raleigh weather on his smartphone, and there were severe thunderstorms, 50mph wind gusts, the possibility of tornadoes, etc. And the storm front was hundreds of miles long. So we waited. And waited. ... And waited some more. After a few hours, the captain was able to calculate a circuitous route that would let him slip in between the storm fronts and got it approved by the air traffic controllers, and we set out for our bumpy/lightning-filled ride back home. 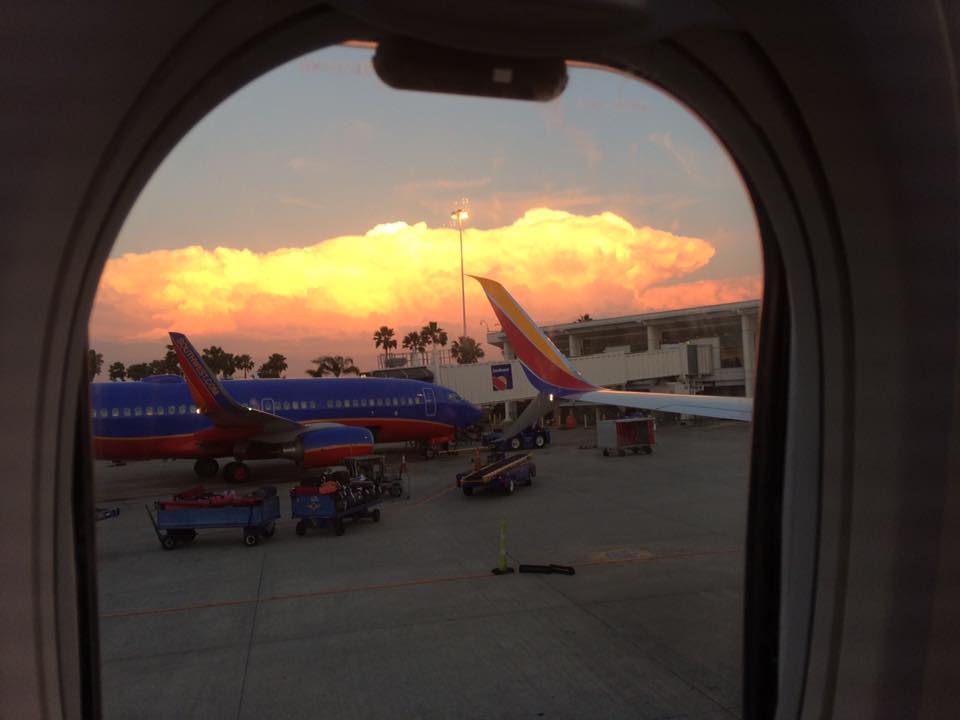 It was dark by the time we took off, so I couldn't see many landmarks & coastlines, but I was able to get a rough estimate of the route we took using a compass. And when I got home, I grabbed a screen-capture of the storm fronts showing the corridor between them, and it matched up pretty well with my estimated path: 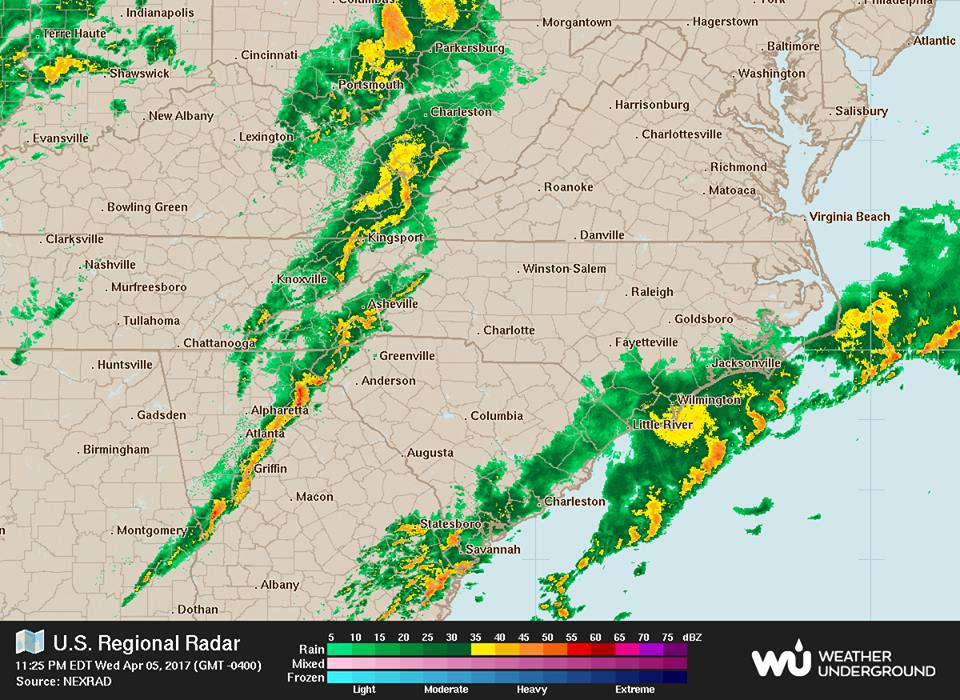 This morning at work, I was trying to pick a nice simple set of data to demonstrate plotting a path on a map using Proc SGplot, and I thought this might be interesting data. So I estimated a few lat/long points along the path I think our plane took, and created the following example: 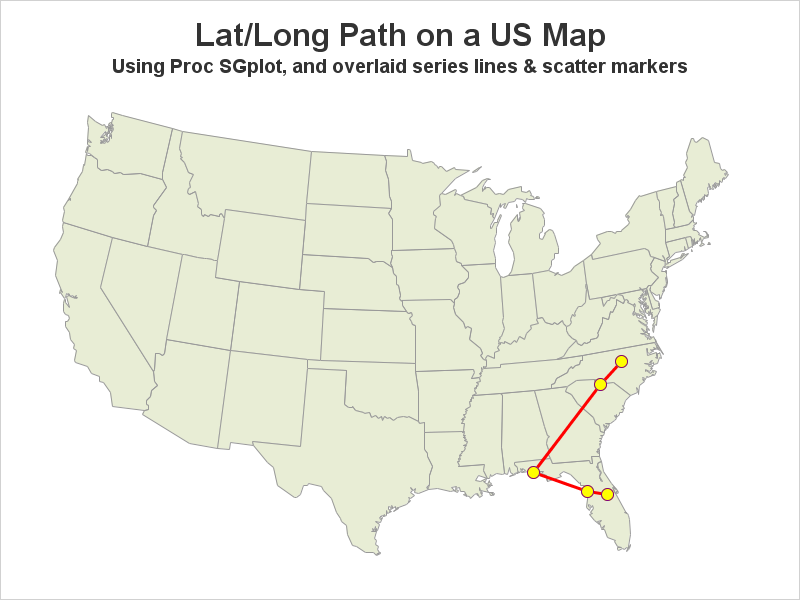 Note that the only real difference in this and my previous example showing how to plot markers at zip code locations, is that I'm specifying the lat/long values directly (instead of looking them up using Proc Geocode), and I added a series statement to the list of plots to overlay in my SGplot.

Here's a link to the complete code, if you'd like to download it and experiment (maybe try adding your own lat/long path). And if there are any other specific maps you'd like to be able to create using Proc SGplot, let me know!