If you give an artist some tools, they can create a pretty picture. Sure, they might have a preferred tool - but they can probably do a pretty decent job no matter what you give them (paint, colored pencils, watercolor, charcoal, etc). And creating pretty graphs in SAS is no different, as the example in this blog post will show ...

But first, speaking of art, here is a picture of Lamia (one of my favorite friends from college) and her sister, with their versions of Starry Night. They certainly are two beautiful variations of the same theme, don't you think?!? (Hi Lamia!) 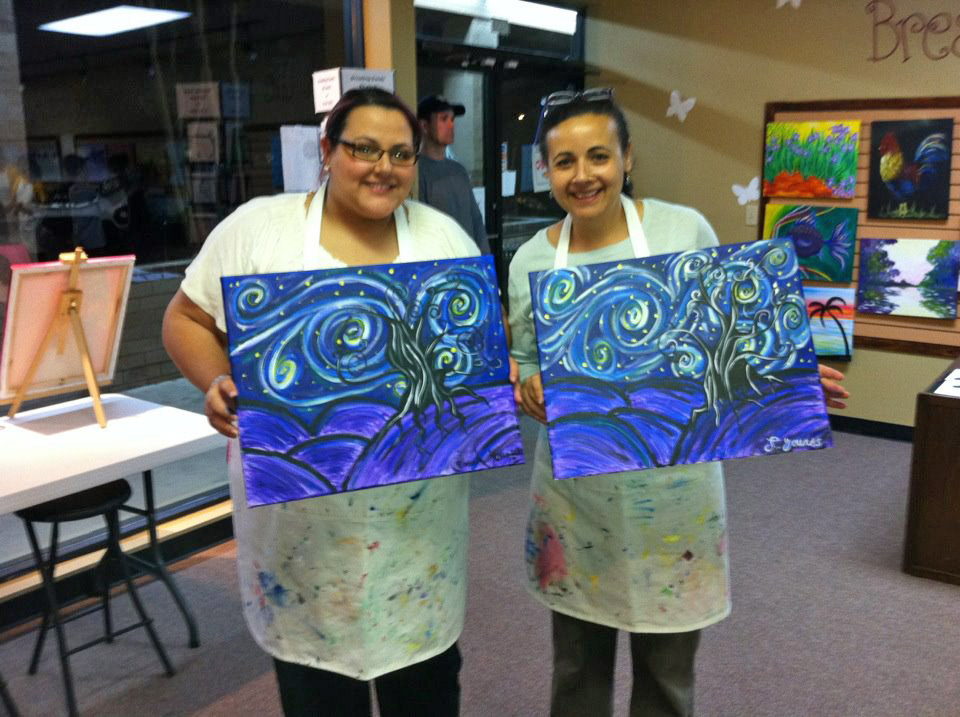 And now, let's talk graphs & maps! ... A while back, you might remember that I showed how to create a really nice looking map using SAS/Graph Proc GMap. GMap is SAS' traditional software for creating maps, and it was specifically made for that purpose. It gracefully and easily handles things like polygons with multiple segments, and allows you to easily specify separate datasets for your response data (values used to color the map), and the geographical map you want to plot the data on.

But some of you might not have access to SAS/Graph, and therefore you can't use Proc GMap. And although I strongly encourage you to license the SAS/Graph product, there is an alternative way to create maps using Proc SGplot (which is included in Base SAS). Proc SGplot has a polygon statement, which allows it to draw the map polygons, and fill them with colors - given the right set of inputs, these polygons can look a whole lot like a map. The trick is providing all the right inputs!

First, you'll need a dataset with the map polygons. With SAS/Graph we ship polygon maps for all the countries, which makes it very convenient. Another way to get polygons would be to import ESRI shapefiles using Proc MapImport ... but, similar to the maps, that proc is also part of SAS/Graph. In my case, since I have SAS/Graph, I'm going to use mapsgfk.us_counties.

Once you have a dataset with map polygons, you're still not quite finished. Proc GMap is built to gracefully handle map areas with multiple discrete, non-contiguous areas, having the same id (by simply assigning a unique segment number to each area). But with Proc SGplot polygons, you must have a unique id variable for each segment. Therefore, to satisfy that requirement, I create a new id variable which combines both the id and the segment number, using code like this:

Now that you've got your map, you'll need to combine your response data with the map. There are multiple ways to join datasets in SAS, and I prefer using Proc Sql. The code below joins the map and response data (the data which will control the coloring of the polygons) by the id variable (there is a unique id for each county). Note that Proc Sql could possibly change the order of the observations in the map dataset, and therefore I sort it again to make sure it's in the original order.

And now, we're pretty much ready to plot the Maryland county map, as colored polygons, using the following code: 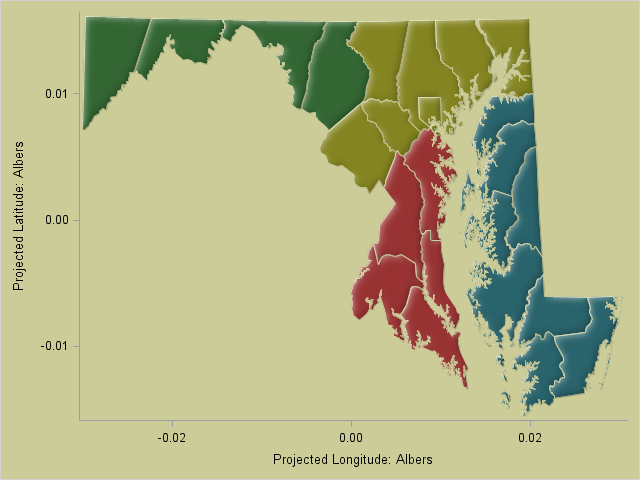 It's looking more and more like a real map, eh?!? 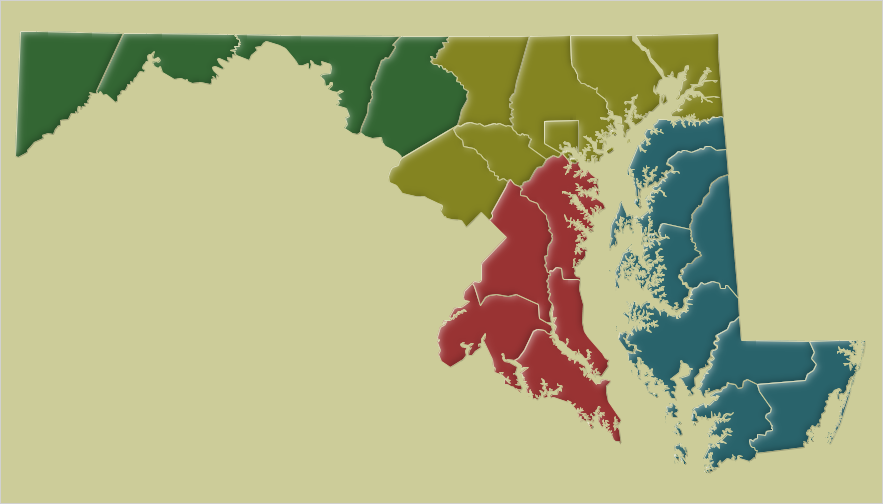 And now, all we have to do is add some text labels. With my Proc GMap example, I used annotate to add the labels, since that provides the maximum flexibility. Proc SGplot provides similar annotation functionality, but with slightly different syntax. Once you create that annotate dataset, you simply specify it using the sganno= option.  If you'd like to see the exact syntax for all the annotated text (including the use of unicode characters for the 'bullets' in the list, and using the "monotype corsiva" font for the fancy 'N' in the north arrow), you can check out the full SAS code at this link. And here's the final map, with the annotated text: 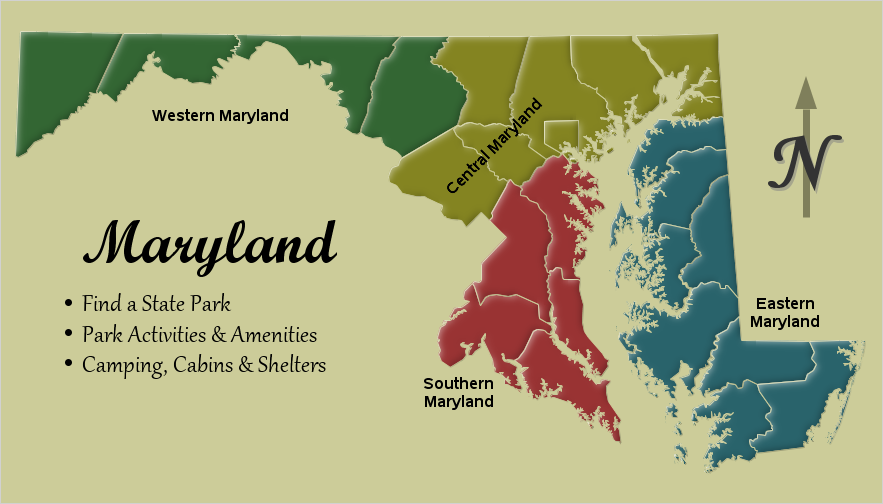 As you can see, I had to work a little harder to use Proc SGplot rather than GMap, but the results came out looking pretty good. Have you created any geographical maps with SAS software other than Proc GMap? If so, feel free to share in a comment!