I've noticed fewer and fewer people smoking these days, and was wondering who the last holdouts are. Let's run some numbers and find out...

Back in the 1950s, 60s, and 70s it seems like almost everyone smoked. You hardly ever saw the "cool kids" such as James Dean without a cigarette - and entertainers, celebrities, and hosts frequently even smoked on TV (which is now taboo). My buddy Reggie sells antiques, and here are a couple of vintage cigarette lighters he has in his inventory, from the golden age of smoking. Nice lighters were probably common back in the day, but are rare and sought-after collectibles now: 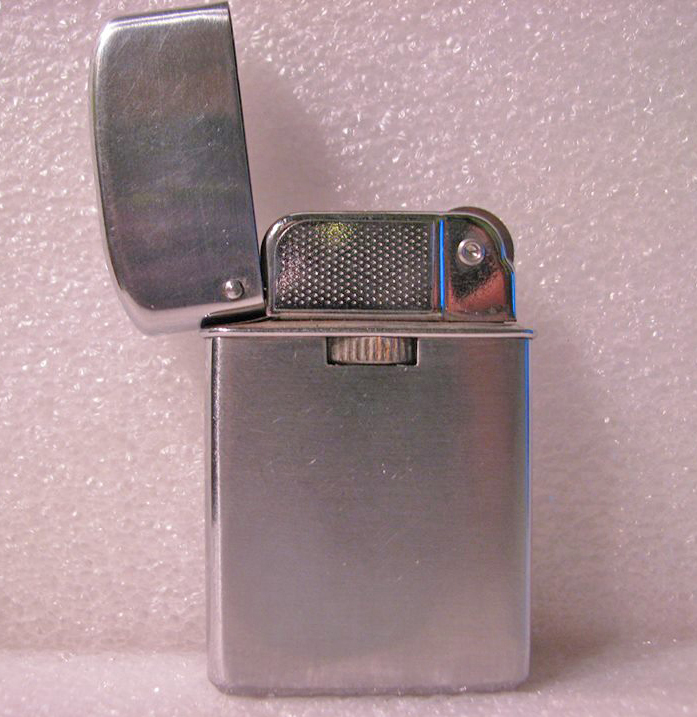 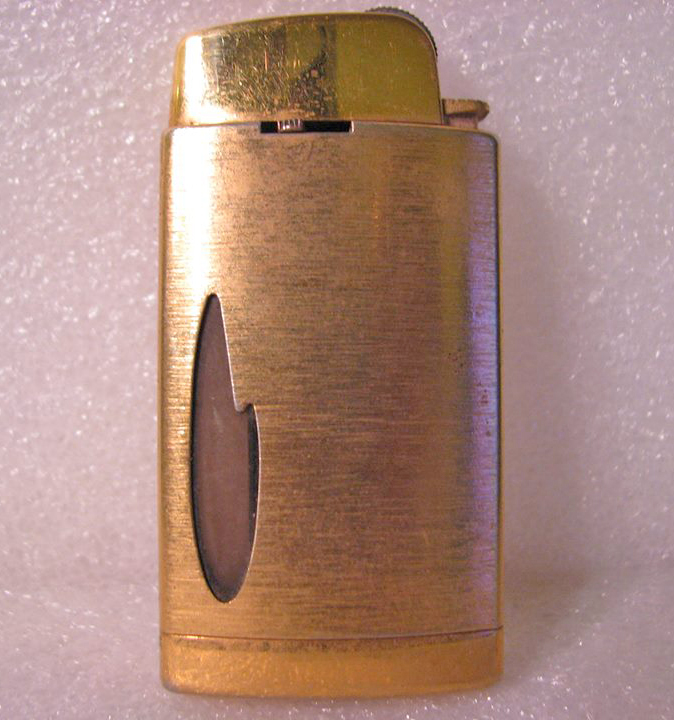 I hardly see anyone smoking these days. The SAS headquarters here in Cary is a smoke-free campus. And North Carolina, which is one of the major tobacco-growing states, recently passed a law which bans smoking in restaurants. So, statistically speaking, who are the few remaining smokers?...

I found an article on flowingdata.com with this exact kind of information. It shows the smoking prevalence, broken down by several different demographic categories. Here's their graph of smoking by income range. It's a fairly clean and straightforward graph, but I think it would be a little more intuitive to reverse the order of the income axis (put the higher income at the top, and lower income at the bottom). Another drawback is that you have to see the rest of the page to know what year the data is from, and what the colors stand for.

I downloaded the data from the CDC, and created my own graph, to see if I could do a better job. I sorted the income axis so the higher values are at the top, and I added labels above each bar color (whereas the original graphs only showed the color legend info on their first graph). I also included the data source and year in a footnote, and changed the title text a bit to make the graph more stand-alone. 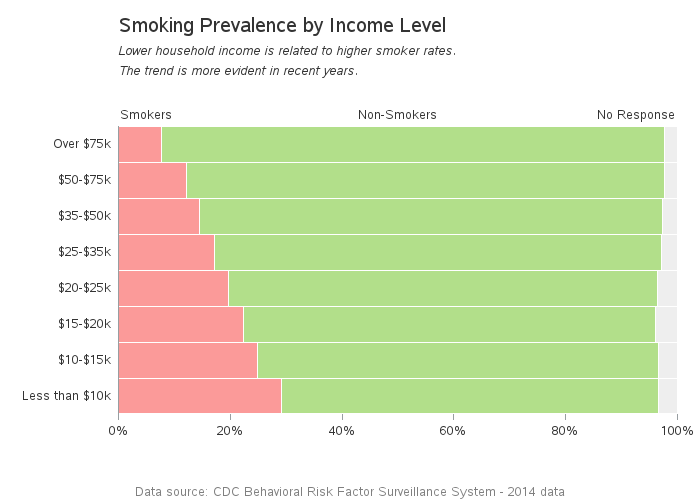 When I plotted the data, though, I was a bit surprised. In the original plot, with the 4 education categories, it appeared that the higher the education level, the lower the smoking rate. But wait - there's more!... When I plotted the data myself, I found that there were two education levels they left out of their graph. Turns out people with only an elementary school (or none) education had a lower smoking prevalence than people with a high school education! This seems interesting & important, and I'm not sure why the original graph didn't show those bars (was it an oversight, or intentionally misleading?). Here's my version: 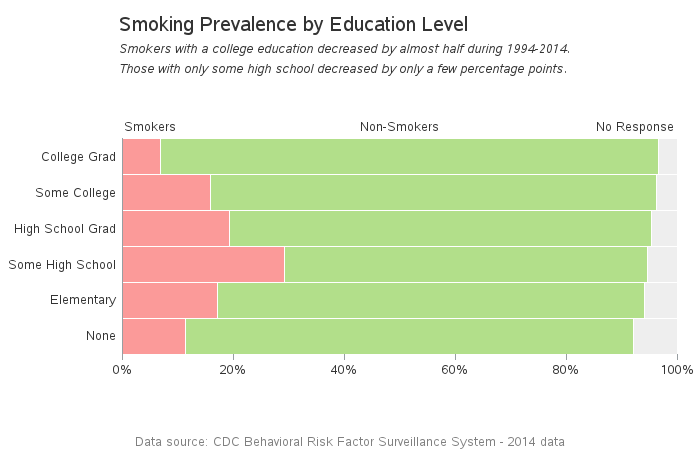 So, why do you think so many people have stopped smoking? Perhaps because the surgeon general finally admitted that smoking is bad for your health? Perhaps the government has taxed cigarettes so much that people can't afford them? Or, one of my personal theories, perhaps people were smoking because they needed "something to do" and now they can fiddle with their smartphones instead of smoking? If you have a theory, feel free to share it in a comment.

And I'll leave you with a note from my friend Eva. She's an outdoor & kayaking enthusiast, and quit smoking cold turkey 9 years ago. Way to go Eva! 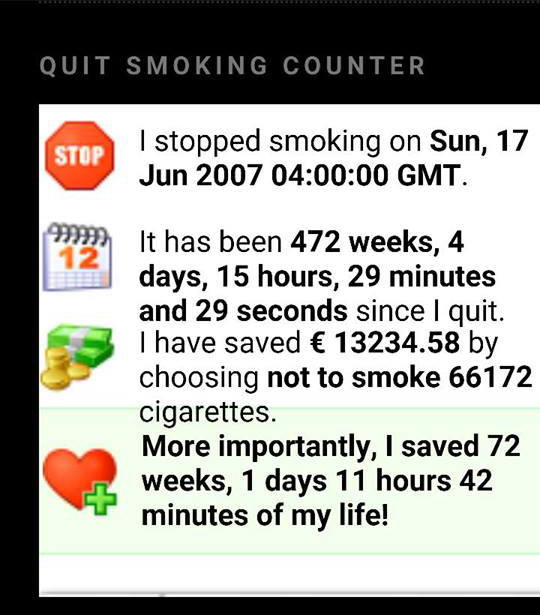