Here in the US, California is known as "wine country" - but I was wondering what other states make wine, and whether there have been any big changes in recent years. This seemed like a good excuse for some graphical analytics...

My previous blog analyzed where various Thanksgiving foods were produced. I was proud that North Carolina (NC) was the #1 producer of sweet potato & turkey, and I had high hopes that we would also be one of the top wine producers. And speaking of wine producers, here's a picture of my buddy Adam, with a jug of wine he just finished making - that's some "Mighty Fine Carolina Wine"! 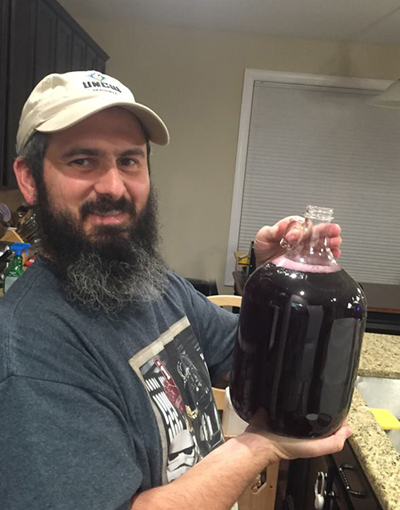 I started my wine production analysis by getting a list of all the wine producers in NC, and plotting them on a map.

It looks like the largest concentration of wine producers is in the northwest section of the state, in the Yadkin River Valley. This map shows me where the wine producers are located, but it doesn't answer the most important question - how much wine do they produce?

I did a few Web searches, and found that the U.S. Department of Treasury's Alcohol and Tobacco Tax and Trade Bureau (TTB.gov) provides data on wine production. So I downloaded the data for the gallons of bottled wine produced in each state, and created some time series plots. As expected, California was the top producer ... it produces so much more wine, in fact, that all the other states are squashed down at the bottom of the graph. In case you have trouble comprehending all those zeroes, they produce half a billion (with a 'b') gallons of bottled wine each year! 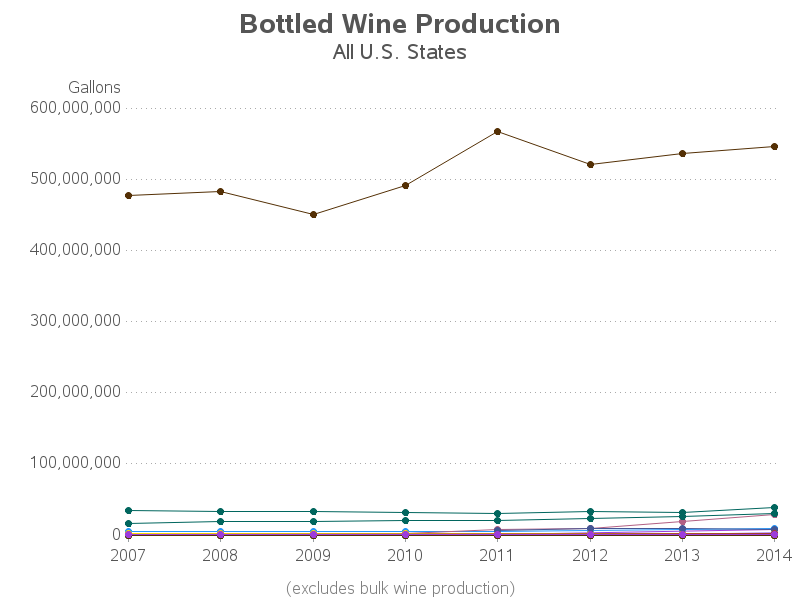 So I thought, OK, let's declare California the winner, but now see how all the other states compared to each other (and hopefully North Carolina will show favorably!) This plot shows three leaders (New York, Washington, and Pennsylvania) ... and unfortunately NC is still down in the 'noise' at the bottom of the plot.Where is your favorite wine made? #analytics #wine Click To Tweet 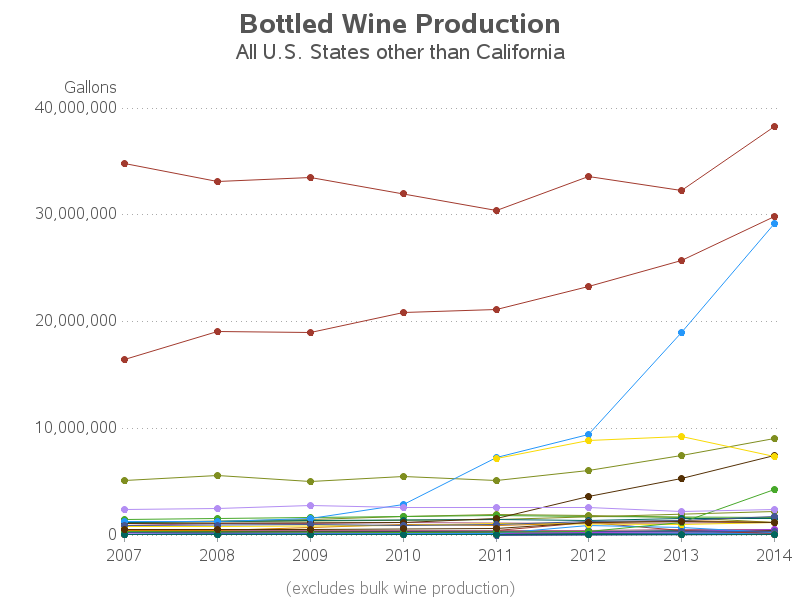 At this point, I had accepted the fact that NC was not a major player in wine production. But, I was curious whether NC's wine production was going up or down. Therefore I created a plot showing just NC's data. And it looks like NC's wine production has been going up ... ever so slightly. Which I suppose goes to show, if you torture the data enough, you can usually get it to say something you want to hear!  :-) 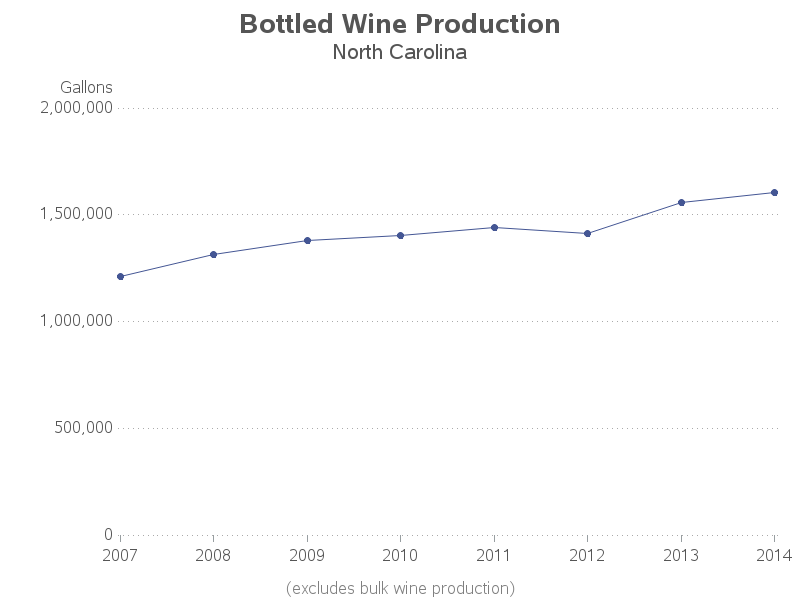 Hmm ... perhaps next time I should do an analysis of moonshine production - perhaps NC would be one of the leaders in that, eh!?!

Question: What's your favorite non-California wine, and where is it produced?