SAS Press is now 25 years old!  To commemorate this milestone, I decided to research a question that has fascinated me for years: Who was the first person outside of SAS Institute to write a book about SAS?

I first heard about this controversy at the Western Users of SAS Software conference back in 1994. That year I attended my first BBU (Books by User, now SAS Press) Authors Dinner where David Baggett, the first BBU Acquisitions Editor, mentioned the competing claims to the title of First BBU Author. Who was first depends on how one defines a book by user.

In an attempt to find the answer (or answers), I put on my investigative reporter hat to interview authors, editors, and other long-time SAS insiders. Here is what I found:

Before the official BBU program was created, SAS Institute recruited a handful of outside authors to write books.  These notable luminaries include Ramon Littell, Rudolf Freund, David Dickey, H. W. "Barry" Merrill, and Michael Friendly. The earliest such book that I could find is SAS® System for Regression by Rudolf Freund and Staff, 1986.

The First Book Written by a SAS User

Around the same time, a number of books were being written and published entirely outside of SAS Institute.  Among these popular grassroots authors are Jay Jaffe (Mastering the SAS® System, 1989), Frank DiIorio (SAS® Applications Programming: A Gentle Introduction, 1991), and Rick Aster and Rhena Seidman (Professional SAS® Programming Secrets, 1991).  However, Ronald Cody and Jeffrey Smith beat all these authors by an impressive margin with the book Applied Statistics and the SAS® Programming Language, published in 1985 by Elsevier Press (now Prentice Hall) and still in print!

But wait, there was an earlier book:

Most of the authorities I consulted named the Cody and Smith book as the first, but it turns out that there was an earlier book—much earlier, in fact.  Arthur Tabachneck wrote How to Get a Computer to.... (For Those Who Don't Know the First Thing about Computers) way back in 1975.

Only a few copies of Tabachneck's book survive, but the website WorldCat.org lists libraries that have copies.  Unfortunately, these libraries are far from my home.  Fortunately, SAS Institute also has a copy.  Thanks to Brandy Philip-Ellis and Martha Casanova at SAS, I was able to obtain photos of the book which, in a whimsical touch, was printed on paper cut to look like computer punch cards.  Here is the title page showing the date and name of publisher: 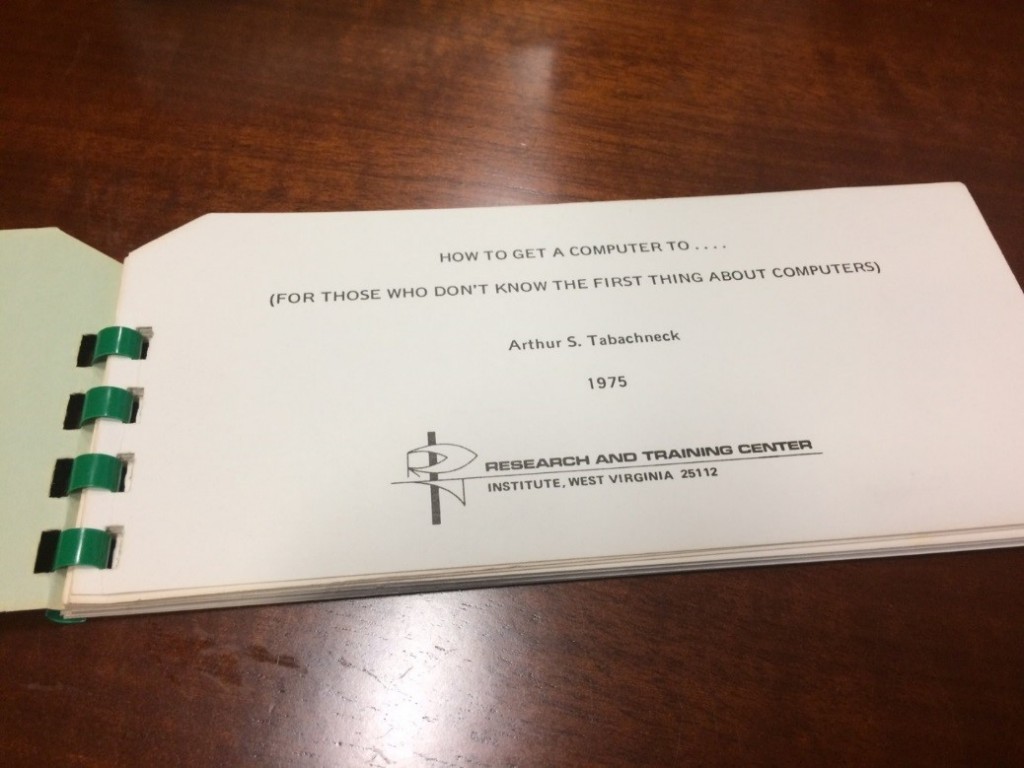 It is not obvious from the title that this book really is about SAS, but page 2 leaves no doubt. 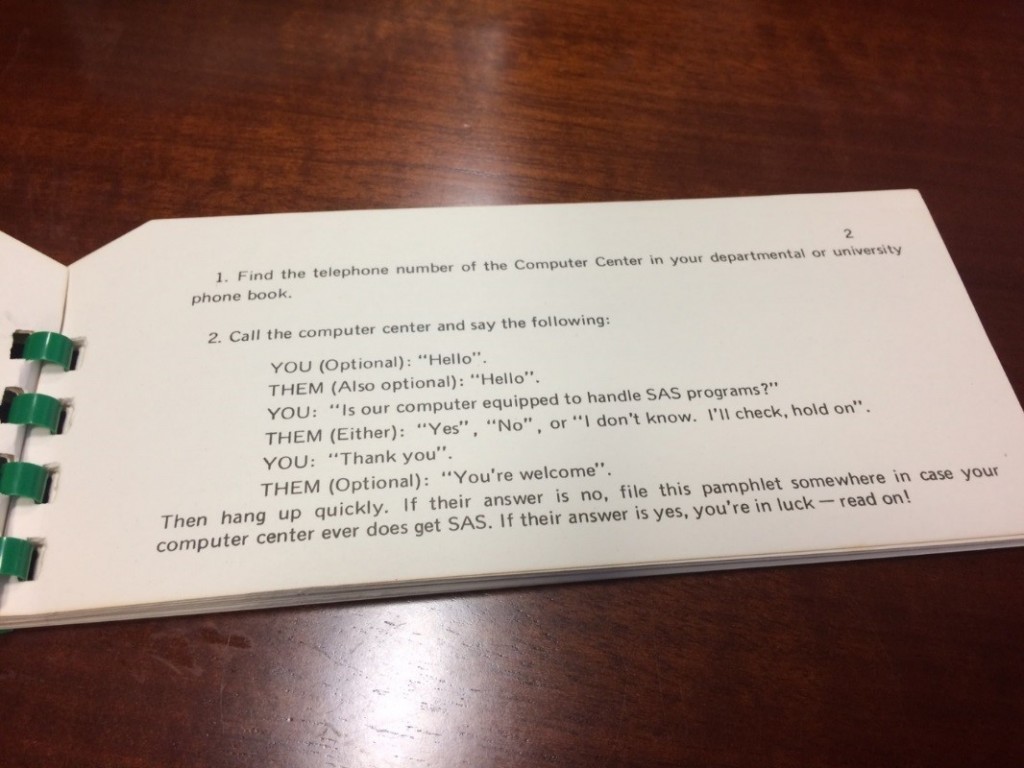 Some people may question whether this document qualifies as a book.  You can judge for yourself by viewing it here.  However, one interesting piece of evidence is that Amazon.com lists it as a book.

So what do you think?  Who was the first person outside of SAS Institute to write a book about SAS?  Feel free to post a comment sharing your memories of early books about SAS.