Bald eagles, the national bird of the United States, came perilously close to becoming extinct here, but are now making a comeback! Let's look at the data with a SAS map!

When I was growing up in the 1970s & 80s here in North Carolina, I spent a lot of time outdoors but never once saw an eagle. That's because eagles were basically extinct in NC during those years. What happened to the eagles?  The main factor was the widespread use of DDT as an insecticide after WWII ... and one of the side-effects was egg shell thinning, and the eagle eggs broke before they could hatch. DDT was banned in the US in 1972, and the eagles have been making a dramatic comeback since then.

And for some proof of this comeback, here's a picture of a bald eagle that my friend Joe took at Jordan Lake (about 20 miles from the SAS headquarters)... 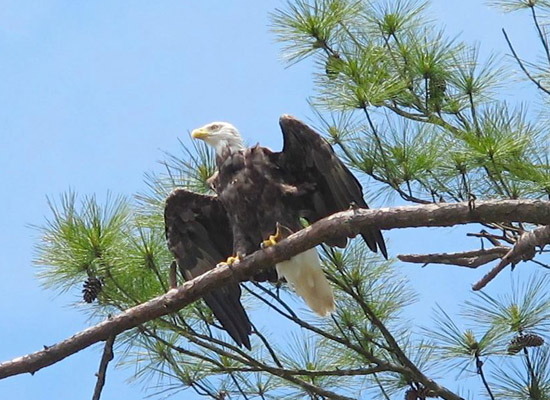 While doing a bit of web research about eagles, I found a map on biologicaldiversity.org that showed the number of eagles in each state, and the map had drill-down links to detailed time series graphs showing the eagle population comeback in each state. Their map contained a lot of good/interesting data, but I had some ideas for making it better. 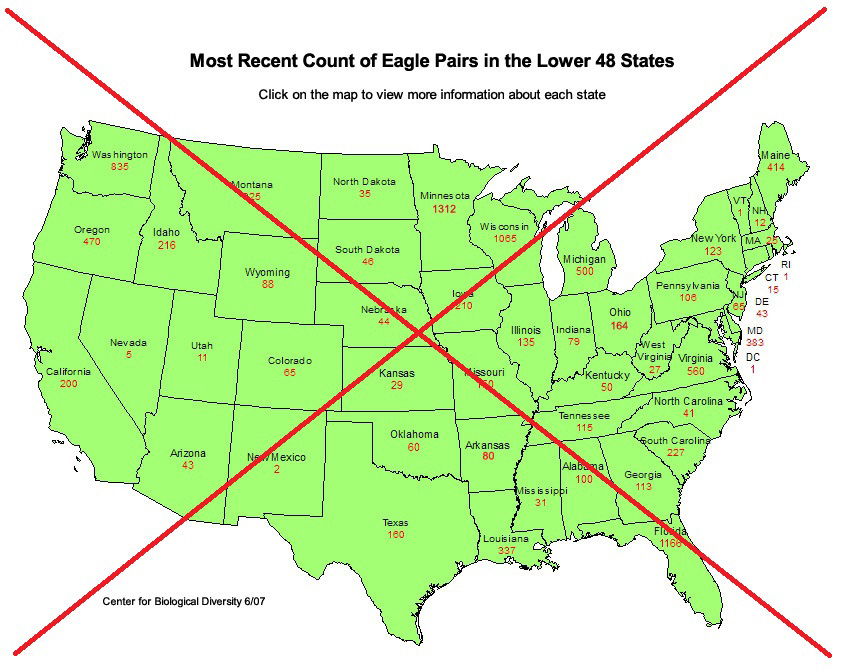 For example, rather than making each state the same color, it would be even better to shade the states based on the number of eagles. Also, the drill-down links in their map weren't in the right locations (they all seem to be shifted over to the left, and didn't line up with the correct states).

So I created my own SAS version of the map using gradient shading, and SAS makes sure the drill-down areas are exactly lined up with the state borders. (I also added hover-text in addition to the drill-down!) Below is a snapshot of my map - click it to see the interactive version with hover-text and drill-downs. Be sure to click on a few of the states to see how the eagle populations have recovered in each state, over time! 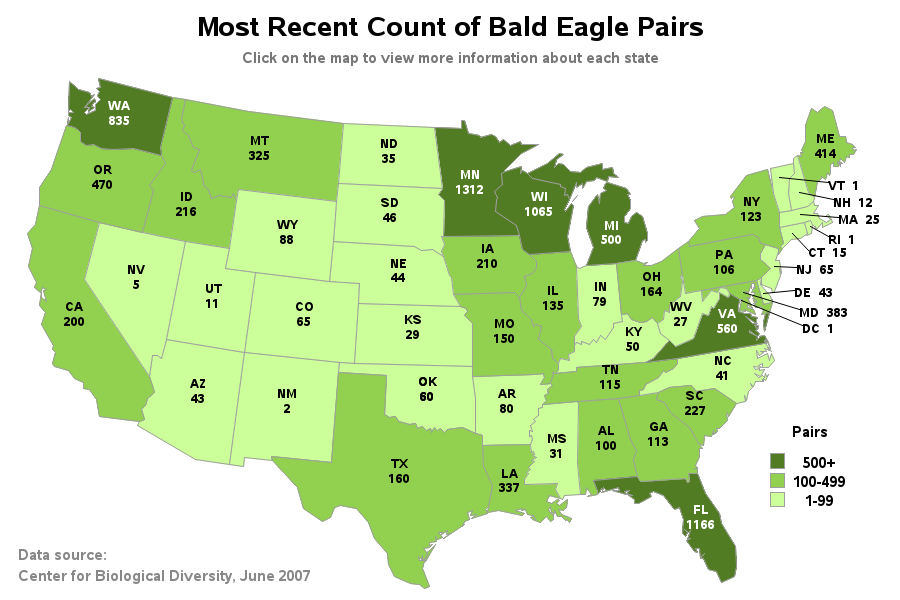 Notice that Florida has one of the largest eagle populations, and it is therefore no surprise that my friend Jennifer took this picture of an eagle in Naples Florida - that's quite a nest, eh!?! 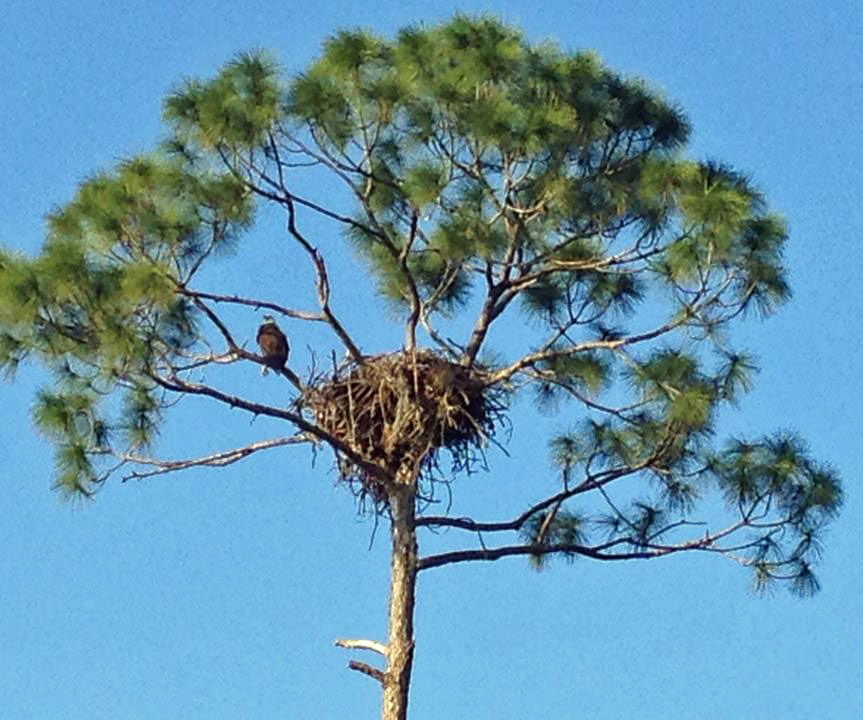