Nope - we're not digging up mummies in pyramids and analyzing the gender - this blog is about population pyramid charts and "digging into data"! But since the title might have lured in some pyramid fans, here's a picture of my friend Angela posing beside a pyramid - pretty cool, eh?!? :) 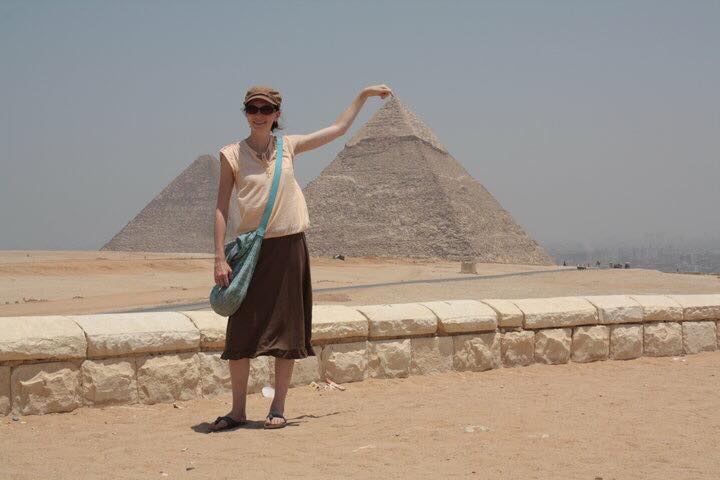 Speaking of pyramids, I recently saw this graph on dadaviz.com, that was in the style of a population pyramid chart. The chart was attention-grabbing, and the data seemed to be interesting (haven't you ever wondered which parts of the human body were larger & smaller on males & females?), so I stopped to admire it for a while. 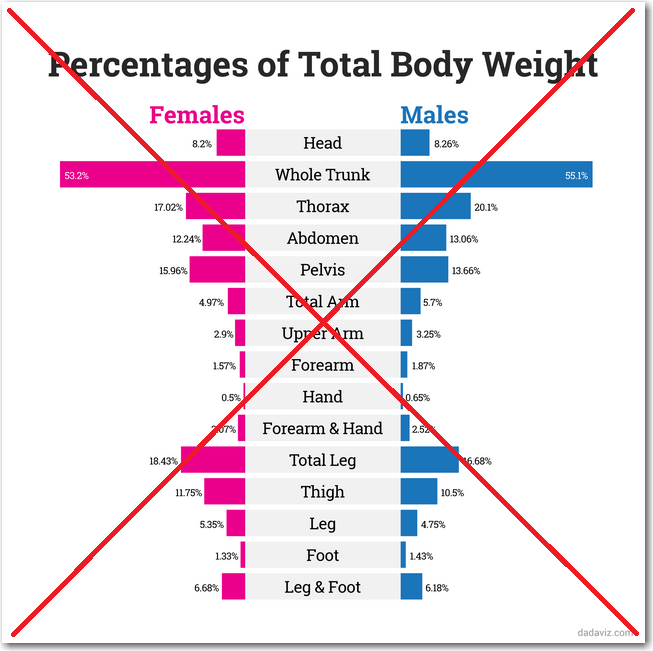 But once I studied the chart, I started noticing some problems. The main one being that, unlike population pyramids where the bars are ordered sequentially by age groups, the bars in this body part chart weren't in a definitive order. They were ordered generally from head-to-toe, but the ordering was somewhat arbitrary, and some body parts were included in more than one bar (such as 'Leg' and 'Leg & Foot'). Also, whereas the age groups (bars) in a population pyramid each represent the same number of years, the body parts aren't really comparable. So, basically, most of the visual cues that we know-and-love about a population pyramid chart, are probably causing us to misinterpret this body part chart.

Therefore I found the body part source data (on ExRx.net) and created my own chart using SAS. The thing I was most interested in was comparing the male & female values - and it's much easier to do that if they are represented alongside each other (rather than on opposite sides of a population pyramid). I contemplated using a paired bar chart, but decided to go with an overlaid line chart instead (one line for the male parts, and one line for the female parts). Here's what I came up with: 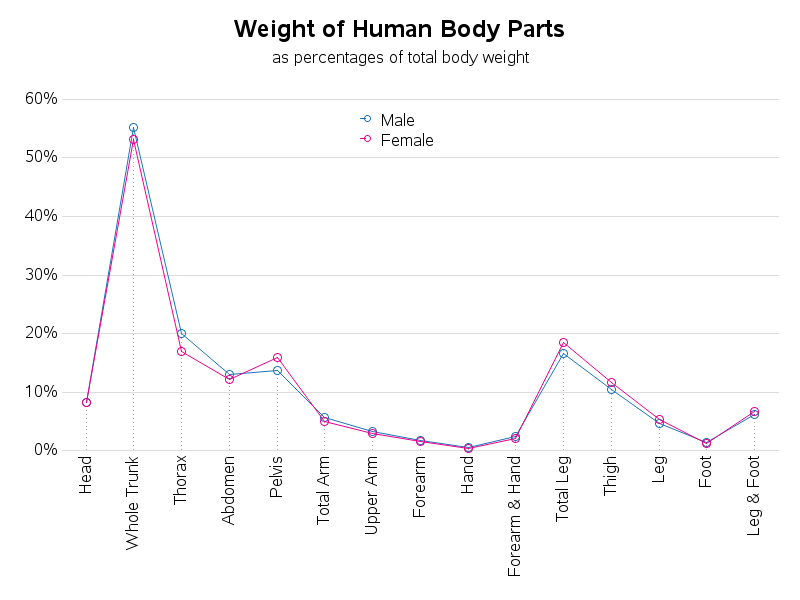 So, according to this data, women have larger pelvis & leg, and guys have larger thorax & trunk ... and we both have about the same size head. Sound about right?