I'm ramping up my visualization skills in preparation for the next big election, and I invite you to do the same! Let's start by plotting some county-level election data on a map...

To get you into the spirit of elections, here's a picture of my friend Sara's dad, when he was running for office. Does this say Classic (Southern) American Politician, or what?!? You can't help but like this candidate! :-) 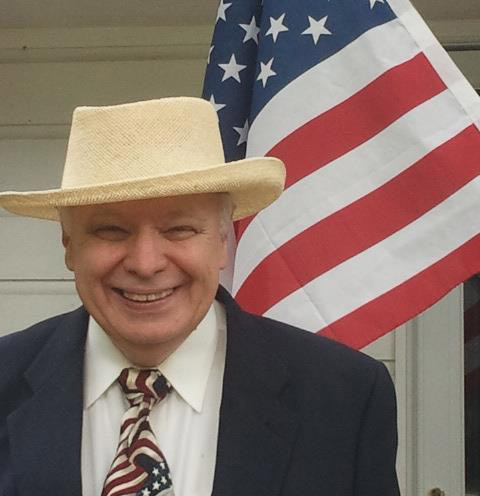 I'm not a very 'political' person, but as a huge 'data' person I'm drawn to the visualizations of the election results. Especially the maps. Therefore when I found some interesting election maps on John Mack's page, I decided to try my hand at creating some similar maps with SAS.

This first map shows the presidential election results, by county. There's not a color legend, but one would assume the red counties were won by the Republican candidate, and the blue counties were won by the Democratic candidate - the darker the color, the larger the margin of the win. Reading the text on the page, it appears they used the log-ratio as the variable to plot. Although that is an easy way to plot the data, most people would have a difficult time relating to log-ratio numbers (which probably explains why the map has no color-legend). 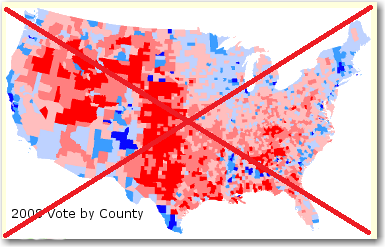 Creating the same map using SAS would not be difficult - just calculate the log-ratio with 1 line in a data step, assign 6 gradient colors in pattern statements, and tell Proc Gmap to use levels=6. But I decided to take a different approach. I calculated the % votes for McCain, and the % votes for Obama, and then used if-statements to put each county into a 'bucket' based on those values. I then explained in the color legend exactly which % values were in each bucket. This way people viewing the map know exactly what each color represents. I added state outlines to the county map, which I think is very useful. I also added html hover-text for each county, if you click to see the interactive version. 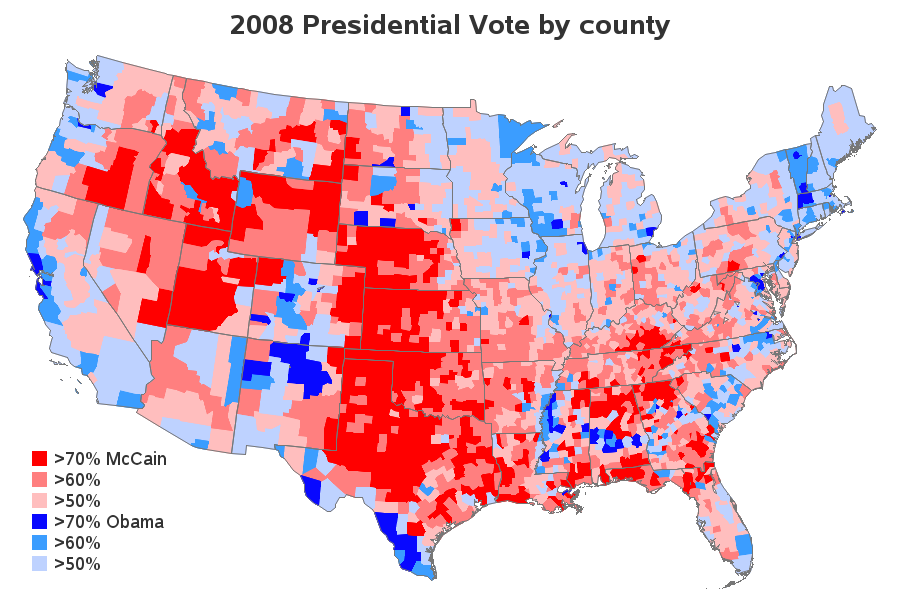 Here's a summarized version of the SAS data step I used to calculate my color buckets used in the map above. It's a little more work than using the log-ratio, but I think it's worth the extra effort so that the results are easy to understand.

This next map was the one that really caught my attention. It's the same data, but analyzed a little differently such that geographic 'hotspots' for each candidate are more evident. 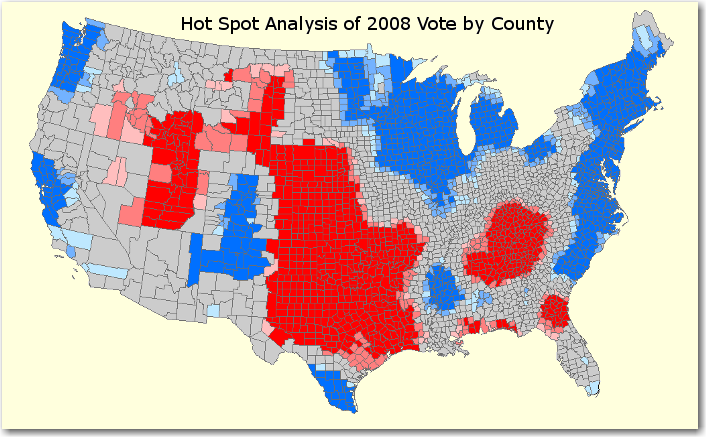 It was not clear from the web page how to implement the method that they used to construct their “Hot Spot Analysis” map - it just described the map as "a Hot Spot Analysis of the log-ratio of Obama to McCain votes, by county". I calculated a log-ratio, and tried binning and shading it several different ways, but never could get anything that looked quite like his map.

So I finally consulted my friendly neighborhood statistician, Rick Wicklin, and he did a bit of research and came up with his 'best guess' as to a method we could use to create a similar map.  We used Proc Loess in SAS to fit a smooth surface to the log-ratio of the county-level data, evaluating the loess model at the projected X/Y centroid of each county. We then used Proc Rank to divide the data into 15 quantiles, and used Pattern statements to create the desired color ramp. 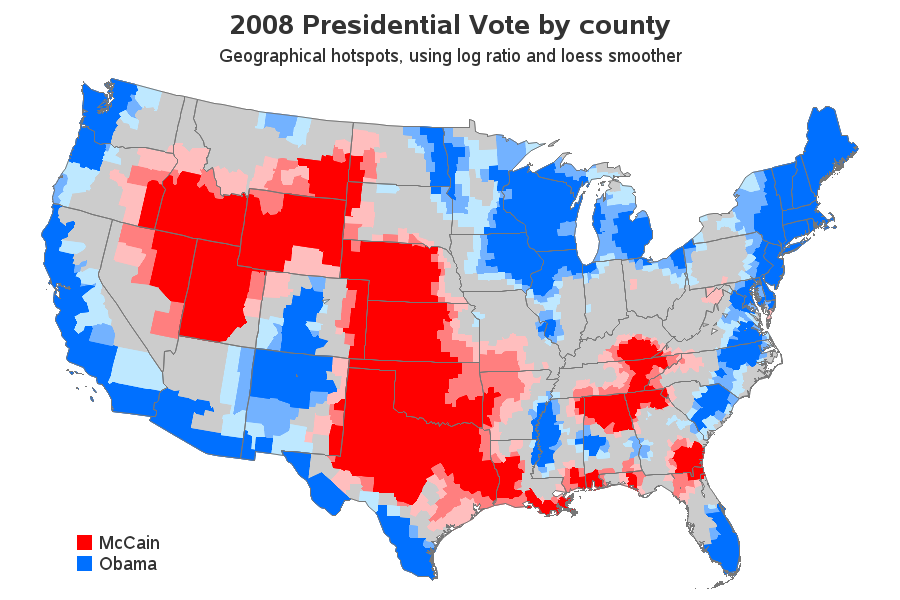 And now, since you made it all the way through a blog all full of 'yucky' code and statistics, let me reward you with a few election-related photos provided by some of my friends (David, Sophia, and Claudia)... 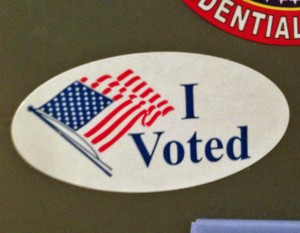 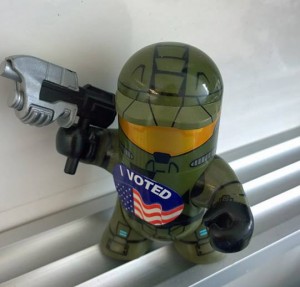 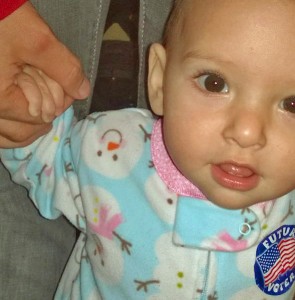