Program update for 2013!
The SAS Training Roadshow is back on tour. This year, we’re heading out to six rockin’ cities. We’d love to see you there.

So, there you have it. My faves from the set list of our latest SAS Training Roadshow. There are still seats available, so maybe we’ll see you as we round out our seven city tour.  Check out the upcoming dates for Baltimore, Cleveland, St. Louis, Portland, Salt Lake City, San Diego & San Jose. 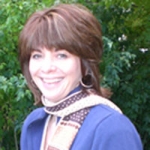 Lise Cragen is a Technical Trainer for SAS. Her expertise includes the SAS language, Enterprise Guide, SAS Text Analytics, and the SAS Warranty Solution. Lise first began using SAS in 1984 as part of her first assignment at General Motors Corporation, and has used it in every job she has held since. She began working at SAS in 1997 and joined the Education Division in 2005. Lise holds a B.S. in mathematics from Michigan Technological University (Let's go Tech!) and an M.S. in operations and industrial engineering from the University of Michigan.