Well Analytics 2011 is officially a wrap. (OK, that’s not completely true, we still have 3 days of post-conference training left to deliver to around 300 attendees.) Now that we’ve reached the end of the event, I can say the conference was a tremendous success in so many ways.

Most importantly, our attendees rated the conference “top-notch.” I had scores of folks approach me to comment on the quality of our talks this year. Many of our regular customers (folks who have attended multiple conferences) have told me that this was the best batch of speakers we’ve ever assembled.

There were many positive comments about today’s keynote, delivered by Dr. Bart Baesens, a professor at K.U. Leuven in Belgium. Bart’s talk, Social Networks in Data Mining: Challenges and Applications, walked attendees through a case study of customer churn in the telecommunications industry. Bart showed how he and his group of researchers improved churn predictions by examining social networks and adding their influence into traditional analytical models.

In the telecommunications industry, Bart explained, many traditional customer churn prediction models treat customers as isolated entities. Bart’s research, however, hypothesized that customers are strongly influenced by their social networks. If companies would incorporate social networking analysis into traditional churn models, he argued, they would be much better served. By combining (through a series of matrixes) factors like who placed a call; who received a call; how long the call lasted; and if the conversation was by phone or as a text, Bart and his team created a weighted network that resulted in a more robust analysis. Their results demonstrated the viral effect churn can have on individuals who are related through their social network.

But Bart didn’t suggest companies throw away traditional models, suggesting that network models can find one type of churner, while traditional models might find another. He suggested companies consider combining the models (creating an ensemble model) to generate a more accurately performing model.

The application of social networking in other areas, such as credit risk, antimony laundering, and customer acquisition, Bart concluded, could have far-reaching positive effects. One interesting example Bart shared was a publisher who gave away thousands of copies of a new book to individuals they deemed “influencers” (because of their extensive social networks). The book enjoyed massive sales.

The rest of the morning program was outstanding as well. We kicked off the day by announcing that registrations had reached 1,053 attendees and revealing the winning teams of our Data Mining Shootout competition. The contest, co-sponsored by Central Michigan University, gives student teams an opportunity to solve a real world problem. We reward the winners with a free trip to the conference. Using real data, this year’s problem had students determine if adverse weather causes an increase in infectious diseases and hospital stays. Students built predictive models and were judged on their results.

Five teams were recognized. A team from Oklahoma State University (OSU) and SMU won honorable mentions while another two teams from OSU took 2nd and 3rd place. The top prize, though, went to a team from the University of Central Florida. The top three teams presented their solutions to attendees in one of the morning breakout sessions…it was a real treat for everyone.

I’ll conclude this post by thanking the dozens of individuals in the SAS Education Division (and many others in various other divisions around SAS) for their hard work making this year’s conference the best ever. Hosting an event of this size is no small feat, but these seasoned event planners made it look easy.

For those of you who attended this year’s conference I’d also like to say “thank you.” While the formal learning came from the outstanding experts who presented, many of you said you also learned from simply networking with your peers. The connections that were made between sessions, at breaks and during our lunches confirm the value this event brings those in attendance. Everyone I talked with (and there were a lot) raved about the event. As an individual who always looks for ways to improve, I ended most conversations with the question: “what could we have done better?” I’m not sure if you really felt this way or if you were just being polite, but the most common answer: “I wouldn’t change a thing!”

For those of you who couldn’t attend this year’s conference, I hope you make plans to join us next year. Analytics 2012 in Europe takes place June 14-15 in Cologne, Germany; next year’s U.S. offering is October 8-9 in Las Vegas.

We hope to see everyone reading this blog at one of those Analytics 2012 events! 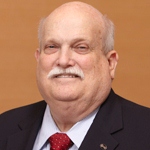