Saving lives by innovating on “stop, look and listen”

Traffic collisions are the second leading cause of firefighter deaths in the United States and most of these collisions occur at intersections. That statistic, together with a vision to apply a combination of AI and IoT to find a solution for all emergency vehicle collisions inspired the Team Hackanadians in a recent SAS Hackathon.

Traffic collisions are the second leading cause of firefighter deaths in the United States, and most of these collisions occur at intersections. That statistic, together with a vision to apply a combination of AI and IoT to find a solution for all emergency vehicle collisions inspired the Team Hackanadians in a recent SAS Hackathon.

Thanks to the convergence of cloud technology and greater access to data, data scientists can develop innovative applications for such problems in environments such as the SAS Hackathon.

During the SAS Global Hackathon, numerous teams worked to meet unfulfilled needs by conventional software development methods. Team Hackanadians was a prime example – as their name suggests, they were a team from Canada working to potentially improve the lives of millions.

They aimed to use a clever combination of AI, IoT and open-source software to create an affordable system for emergency vehicle access management for municipalities across the globe.

A data-based approach to saving lives

Team Hackanadians' research revealed that hundreds of first responders and civilians die each year in emergency vehicle collisions, most commonly at intersections.

These collisions are also the second-leading cause of death for US firefighters. The team believed that AI-based solutions can avoid collisions involving first-responder emergency vehicles and prevent deaths and injuries. 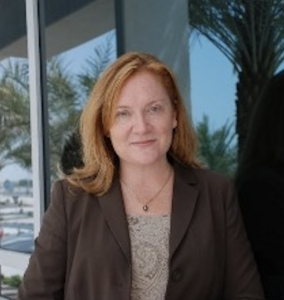 The application of artificial intelligence, the Internet of Things and discrete even simulation has allowed us to offer an end-to-end solution to traffic intersection management for the benefit of the public good.
- Heather Friesen, Hackanadians team leader

Team Hackanadians developed a closed-loop solution to sense the sound from emergency vehicles and automatically manage the traffic system to control the traffic flow. 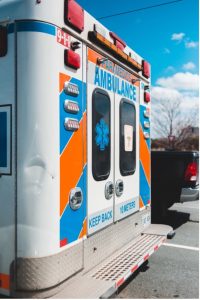 Raspberry Pi platforms are connected to sound-sensing microphones to create loops. Audio is sensed by predetermined time intervals, digitized by Raspberry Pi and transferred to an Azure IoT hub and Avent hub, where they are then transferred to the SAS Jupyter Lab environment for deep learning.

A discrete event simulation is used to determine the audio sensing time intervals for different traffic loads. Trained both convolutional neural networks and LSTM models with or without transference of audio. In the deep learning phase, they mapped the audio signals to emergency and non-emergency.

Separating the siren from the noise

Using a Raspberry Pi traffic light, Team Hackanadians were able to correctly differentiate between emergency and non-emergency sounds with 97% accuracy.

These strong results made the team eager to test the model with a wider variety of training sets for continued improvement. The team was inspired by data for good and their work uses data to move us closer to safer transport systems and road safety. 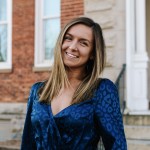 Harper is an Associate Marketing Specialist in the Marketing Associates Program at SAS. She has rotated on the Brand Marketing and Messaging + Content teams, focusing on projects related to messaging, content marketing, brand media and measurement. Previously, she interned on the Industry Go-To-Market team at SAS, refining CES skill sets and social media work. Harper holds a B.S. in Marketing from Clemson University.