Sports leagues face a difficult task in creating a fair game schedule for their teams. Scheduling dates for sporting events is one of the first things that can go wrong in a season. By using optimization strategies, leagues can maximize their potential and fans can reap the benefits.

Sports fans are treated before each season to a first look at the schedule of games their favorite team will be playing. Fans can see what tough stretches of games their team might have or predict the number of wins or losses. Schedules also include important dates, including when the playoffs and championship games will be played.

The process of optimizing the most ideal sports league schedule is a problem that can be posed as a mathematical model. Operations researchers have been working on these problems for the last few decades. Advancements in science and technology have made some of these processes automated and easier to complete.

One of the first steps in creating a schedule for a sports league is to determine the constraints while keeping the business objective in mind. Some of the most common constraints are time constraints, field availability, and opponent strength.

Other factors that can also impact schedule creation include travel distances, player fatigue and tournament format. How schedules might affect revenue and other financial aspects are also considered. 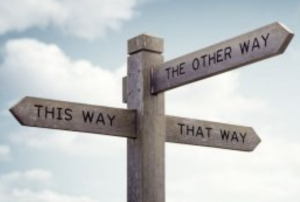 What is optimization? And why it matters for your decisions

However, many are not aware of the work behind the scenes that goes into the schedule. Die-hard fans are aware of the need for “rivalry games” and some other common scheduling constraints. But some fans wonder why their team has certain opponents on their schedule.

Sports leagues use a variety of analytical techniques and mathematical models to ensure fairness. During the process, schedule makers may ponder answers to these – and many other –  questions:

It can become puzzling to piece together a season schedule considering the number of games and simultaneous events. The possibility of game cancellations or safety stoppages adds to the tall task to fulfill. 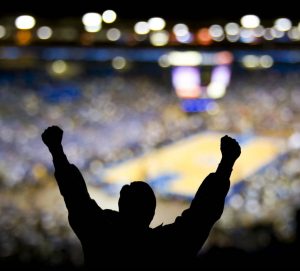 PLAY: Can you optimize venue capacity while adhering to safety regulations?

During the 2019-20 season, the NBA stopped in March 2020 for a considerable amount of time due to the COVID-19 pandemic. The league adjusted and created a "bubble" environment for its players.

The league restarted in June to regular season play in June, a month typically reserved for the championship, best-of-seven game series.

Twenty-two of the league’s 30 teams were invited. Each was either in possession of a playoffs spot or within six games of one, a requirement to help compress the schedule.

Because of the pandemic, the NBA crowned a champion in October for the first time ever. Each team played 10 fewer games the following season to help the league return to its summer ending.

Schedule compression – the process of reducing the amount of time between games – can be used to help leagues under similar adverse circumstances. The primary goal of compression is to shorten a schedule without compromising a league's overall goals.

Professional football players play many games in a relatively shorter season compared to baseball and basketball. Playing multiple times a week is common in each sport.

This can help teams make up ground and keep players on point if they are behind in the standings. Injuries and fatigue may result.

Strength of schedule refers to a team's average schedule difficulty based on winning percentages of remaining opponents throughout a season. Factors like remaining home/away games or league standings can also be considered. Many professional sports leagues refer to strength of schedule when evaluating tie-breaker scenarios.

Optimization models often use strength of schedule to improve schedule quality. Schedule makers can divide a team’s schedule based on historical records. This helps when deciding when to schedule marquee matchups or rivalry games.

The idea behind this schedule optimization method is that it creates more parity and drives interest throughout a season. Nonetheless, this can create fewer interesting matchups as attrition settles in for teams and can result in fewer viewers or revenue.

Creating a timeline that satisfies all stakeholders requires what-if analysis. Unless decision-makers employ an optimization-based decision support system, doing these what-if studies could be difficult. Attaining an optimal solution (if one exists) may take several days. 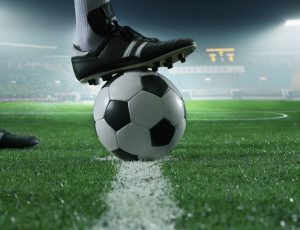 HOW: Optimizing a schedule to attend multiple soccer matches

Schedulers use mathematical modeling to ensure all business constraints are met. It is a computationally effective way of optimizing schedules. Penalties associated with these constraints help analyze the trade-off between an organization’s profits and earn the goodwill of the players and fans.

The quality of a schedule depends on fairness and balance, with a goal to satisfy as many requirements and violate as few constraints as possible.

SAS customers outside of the sports industry are using different techniques to optimize delivery schedules, create maintenance schedules for a fleet of vehicles and optimize school bus schedules.

Businesses like sports leagues often find the best approach to optimizing complex schedules may be combining multiple methods to find the best solution.

Here's how you can solve more optimization problems with SAS