3 ways you can keep the success of SAS Championship rolling

After he birdied the last two holes of the SAS Championship on Sunday, Ernie Els walked away with the trophy, besting a star-studded field to get his second win of the season. One of golfing’s greatest players with four major championships to his name, Els fired a 6-under 66 on a soggy day in Cary, which moved him from ninth place at the start of play and allowed him to edge Colin Montgomerie by one stroke.

The action on the course was a thrilling culmination to a busy, but different, week for everyone involved with the SAS Championship. Each year, this is our chance to show off the Triangle area, welcome some of the biggest names in the sports and raise money for local causes. While health and safety protocols prevented spectators on the course this year, we did what has become second nature in 2020: we pivoted and found new ways to make a difference.

Each year, the SAS Championship turns a single week of golf into a full year of outreach in our community. Our co-founder, Jim Goodnight, is an advocate for educational initiatives, both here at home and around the globe. 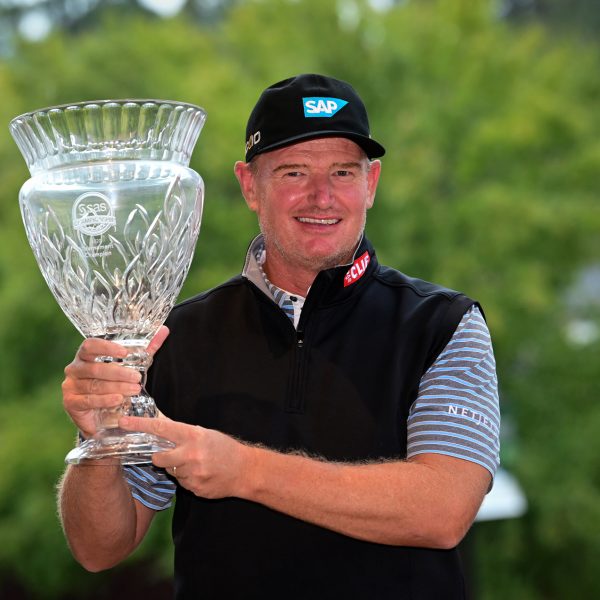 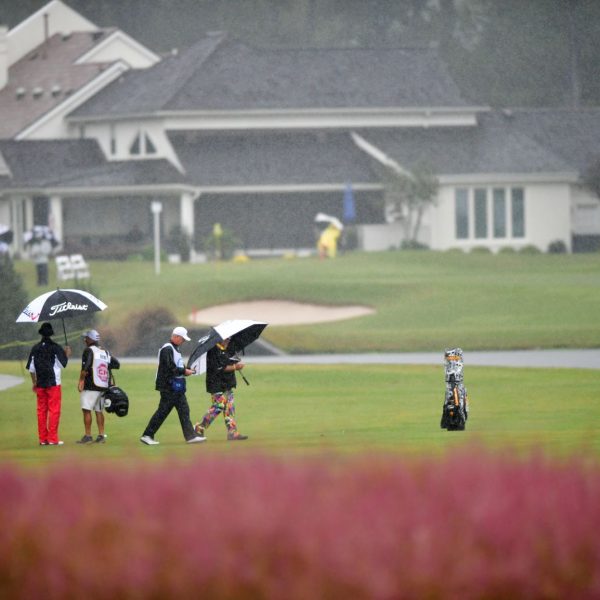 Players at the 2020 SAS Championship dealt with light rain on the final day. 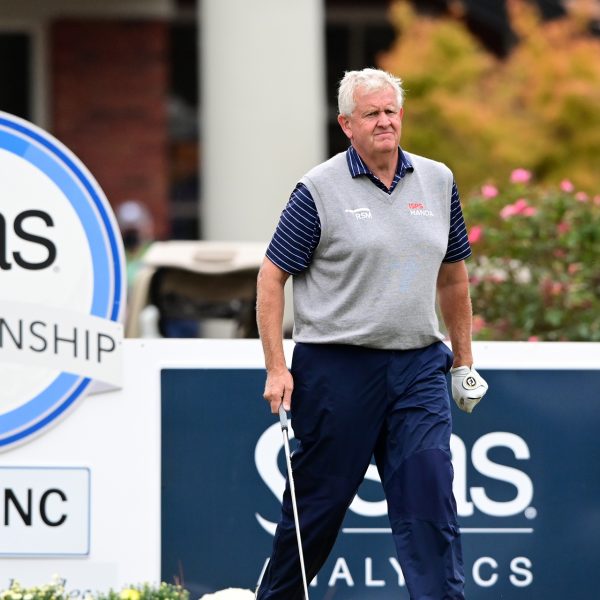 Since SAS fans and customers were not able to participate in the tournament as much as they have in the past, I wanted to offer three ways you can still be a part of the excitement:

For 20 years, the SAS Championship has provided countless memories for fans and attendees. Although we reimagined the experience this year, we didn’t sacrifice valuable opportunities to build relationships with customers and community members, support important charities, and make long-lasting memories.  In my book, you are all champions for continuing to support this event and the causes surrounding it.

As senior vice president of worldwide marketing, Jenn Chase is responsible for leading Analyst Relations, Corporate Communications, Creative, Digital, Events, Customer Contact Centers and Go-to-Market teams around the world. Her 20-year journey at SAS, spanning R&D and marketing, has earned her a reputation of being data driven – often referred to as analytically curious! Along the way, Jenn has guided the modernization of marketing, aligned regional marketing efforts and strengthened collaboration between marketing and sales while cultivating a strong customer focus. Her belief is that great companies possess an intense desire to deliver experiences that far exceed their customers’ expectations every day. Leading by example, Jenn strives to integrate data and analytics to create experiences that are purposeful and lasting.