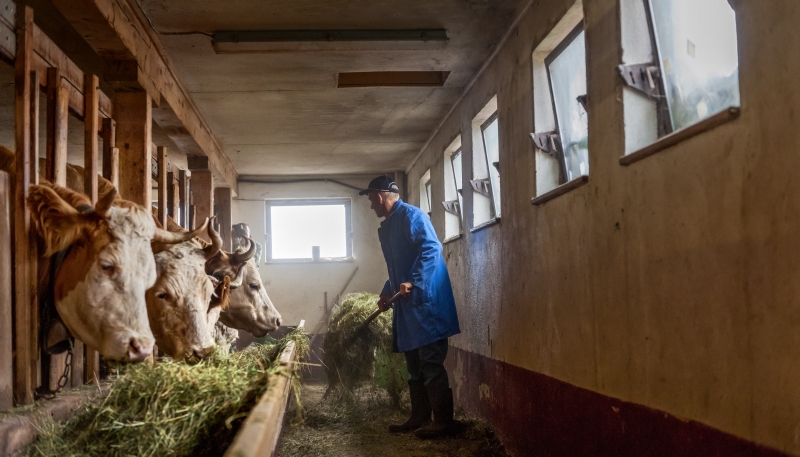 How SAS grew from its strong roots in agriculture 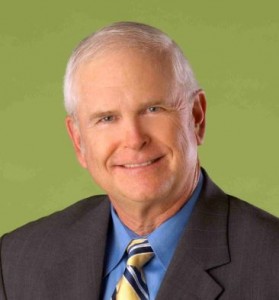 Dr. Herb Kirk, now retired, was one of the first SAS employees

“SAS co-founder and Executive Vice President, John Sall used to say, ‘SAS was born on a farm, raised on drugs and grew up in the industry,’” recalled Dr. Herb Kirk, explaining the legacy of SAS use in the agriculture and pharmaceutical sectors before expanding into all industries.

Before joining SAS in 1979, Kirk spent ten years as a consulting statistician to North Carolina State University Department of Horticulture. Kirk retired from SAS in 2011 after spending 31 years with the company. The company’s agricultural roots are clearly evident from Kirk’s memories of the early SAS years.

From a farm to a National Institutes of Health grant

Looking back, Kirk recounted how statistics worked before his time: “They had a big room full of ladies and gentlemen who would do the calculations by hand.” Later, agricultural researchers would gather “data collected in field, bring it in and use calculators to find answers.”  Kirk, who was raised on a tobacco farm and received an undergraduate degree in forestry recalled thinking: “Why can’t we get a grant to develop some statistical software to analyze agricultural data?”

Kirk shared how they did just that! Together, thirteen universities wrote a proposal and submitted it to the NIH Computer Facilities Support Program. The project was funded to develop a general-purpose statistical software. Kirk recalled the “award was given to NC State University since we had best computing resources.” This was because NC State University had access to Triangle University Computing Center, a collaboration between NC State University, the University of North Carolina and Duke University.

The statistical analysis system (SAS) project began in 1966 and quickly developed a stakeholder network of regional universities and University Statisticians of the Southern Experiment Stations (USSES). Although some sources indicate the program was released in 1971, Kirk recalls differently: “The first release of SAS was in 1972. There were many people using it before that, in prior release form, and all [Southern Land Grant] universities were already using it in 1972 when released.” A quick look through SAS Support Communities show that users continue to form the frontline of programming tips, tricks and hacks.

Kirk recalled that Tony Barr provided expertise on the data architecture, and Drs. Jim Goodnight and John Sall on programming. Kirk took on the education component, teaching SAS to graduate students and faculty starting in 1972, while continuing his statistical consultation work to NC State University agricultural researchers.  “I realized that if I could teach grad students to use SAS, I could spend more time in design and interpretation of results.” Thus, Kirk kicked off the SAS tradition of providing excellent SAS Training Resources, now offered in much wider scope and scale.

Looking back at the relationship with the early user base, Kirk remembered: “User groups had an impact on the early development of SAS. They submitted wish lists for options or capabilities and would indicate what [SAS] needed to analyze data more completely.”

User groups had an impact on the early development of SAS. They submitted wish lists for options or capabilities and would indicate what [SAS] needed to analyze data more completely.

When the grant ended in 1973, it was no surprise that the SAS user base in area universities and USSES pooled resources to continue to support it. Together Barr, Goodnight, Sall and Jane Helwig incorporated the company on July 1, 1976, and founded the first office on Hillsborough street, opposite NC State University.  When Kirk left the university to join SAS in 1979, the company had only eight employees.

After spinning off, the SAS group maintained its ties to the agricultural network that had previously sustained it. “When SAS actually decided to go private in ‘76,” Kirk recalled, “they still had a close tie with the university experiment stations. Not only was SAS designed for the [NIH] proposal, but agricultural users also designed features to upgrade software. Once SAS formed as a company, they used computers from the US Department of Agriculture. In exchange, SAS provided the USDA with software, documentation and training.” SAS continues to bridge positive connections with the US government and over governments in 133 other countries.

Today, SAS is well known as an analytics visionary, but back in the 70s SAS software was a niche, agriculture-centered product. Kirk described the other emerging providers: “BMDP out on the west coast was being developed for the medical industry, and SPSS was being developed for social sciences.” Meanwhile at SAS, programming tools for cows set the stage for other opportunities: “In husbandry research, you can’t plan experiments so that everything will be balanced. It’s messy data to deal with, and that’s where the general linear model (GLM) and mixed model procedures developed by Goodnight for animal husbandry research had a real impact on SAS.”

In husbandry research, you can’t plan experiments so that everything will be balanced. It’s messy data to deal with, and that’s where the general linear model (GLM) and mixed model procedures developed by Goodnight for animal husbandry research had a real impact on SAS.

Kirk traced how GLM carried SAS software to other industries: “The GLM procedure was great for analyzing messy data, and that carried it right into pharma research because clinical trials have messy data and patients aren’t balanced. GLM was the first analytical tool that allowed pharma companies to analyze that data in the proper way. Later, the FDA mandated that clinical trials and drug approval research had to go through SAS and GLM. Every pharmaceutical company or any company doing research had to get SAS and use GLM for analyzing that data. It opened the door for SAS for computer performance.” Today, SAS has expanded well beyond statistics and analytics to become a leader AI and cloud computing.

Grew up in the industry

SAS developed a culture of computer performance to squeeze more analytics out of the mainframe: “Barry Merrill wrote a book on how to analyze that data and interpret results to tune a computer. People who wanted to do that had to get SAS. It was one of only products that could read that data,” Said Kirk. Merrill led State Farm to become SAS’ first corporate customer. Its Measurement Unit paid $100 for source code.

Kirk recalled how SAS transformed statistics. “Researchers used to bring in data sheets, and you’d punch data into cards. We used to have to write long Fortran programs for each experiment.”

When SAS was developed, “It was a godsend,” said Kirk. “We got to spend more time doing what we were trained to do and bring more value where we could.” Those words ring true across industries and roles. For many statisticians and data science practitioners across 21 industry categories, SAS is still a godsend.

As head of education for the agriculture-focused software program, Kirk’s first job at SAS was travelling to experiment stations to teach researchers how to use SAS. Ultimately, Kirk built a world class education and training unit at SAS, and a culture of customer-centric technical support unrivaled by other software providers. “Agriculture played a tremendous role in the early development of SAS,” said Kirk. SAS is proud of its roots in agriculture and has paid it forward with tools and techniques learned in other industries as SAS gets back to its roots. 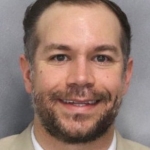