Cancer touches nearly everyone. You probably know at least one person who's been diagnosed with cancer -- many of us know many more than one. It's the second leading cause of death worldwide, behind cardiovascular disease. World Cancer Day is observed this year on February 4, and is meant to bring awareness, reduce fear, dispel myths, and focus on changing behaviors.

Looking at cancer data became top of mind for me because two women I know were diagnosed with breast cancer within weeks of one another. While hearing a word like cancer can be terrifying, more is known about the disease now than ever before, and there are many options available to treat it and save lives.

Did you know that as many as one-third of all cancers are preventable? Early detection and proper treatments can cure yet another third. Nearly 4 million lives can be saved through prevention, early detection, and treatment.

Globally, tracheal, bronchus, and lung cancers kill more than twice the number of people than any other type of cancer. 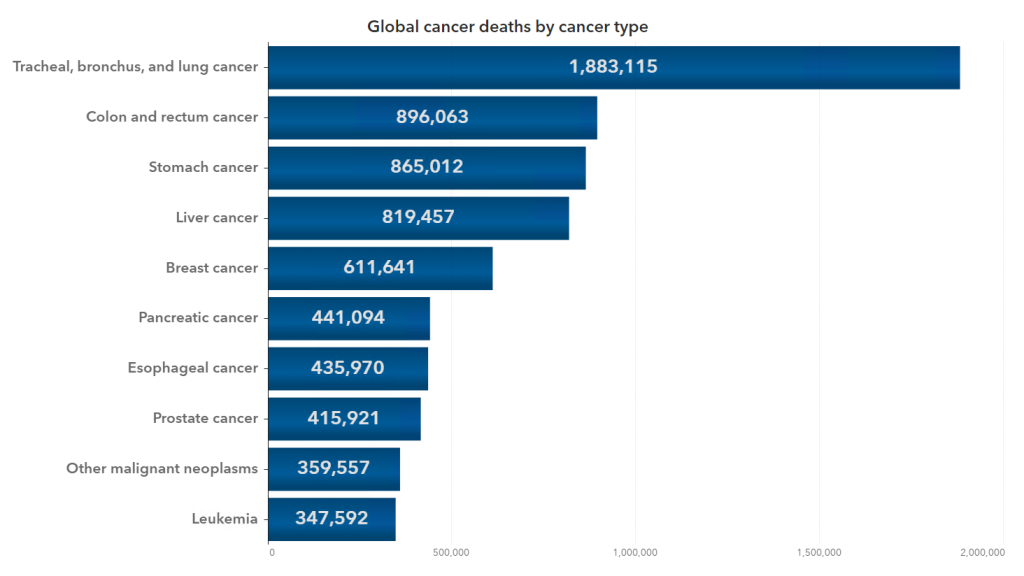 However, the most prevalent type of cancer worldwide is breast cancer. Prevalence is the actual number of people, or cases, alive and diagnosed with a disease during a period of time. It's usually reported as the number of cases as a portion of the total population at risk. 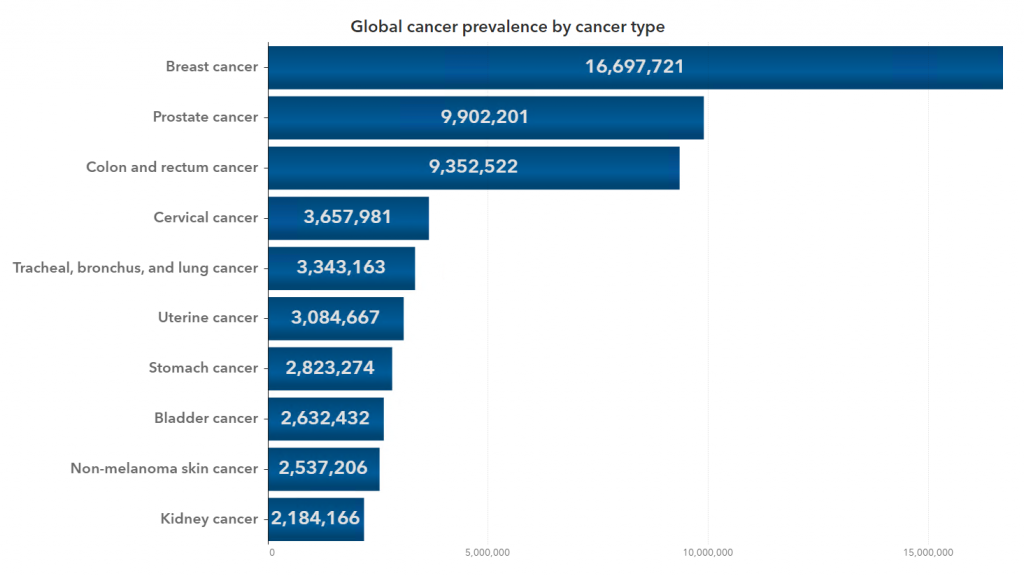 Cancer is more prevalent in the United States, China, Germany, India, and Japan, than other countries. 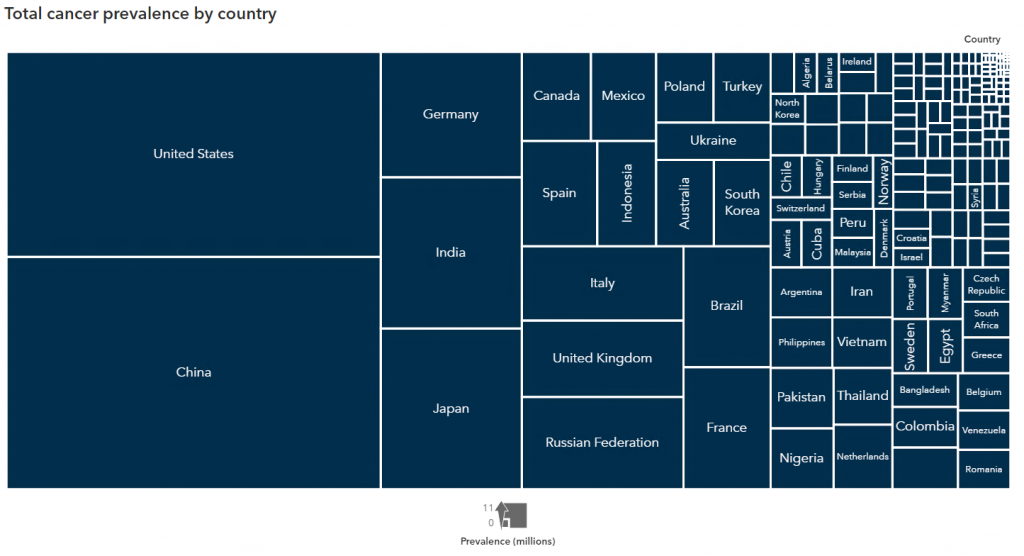 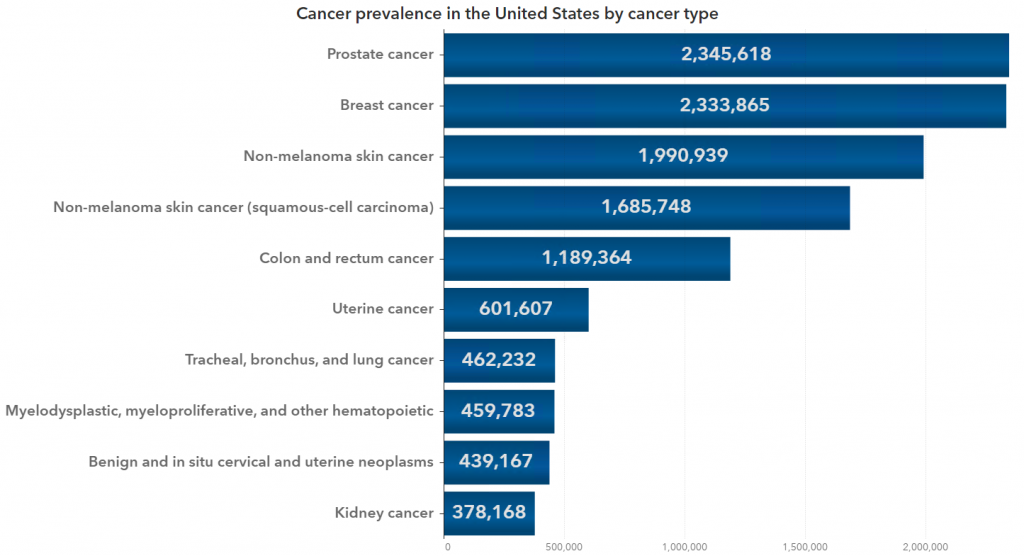 It appears that four of the five most prevalent cancers in the United States are increasing, but is that really an accurate representation?  It may be the case that detection methods have improved dramatically in the past 25 years, which leads to diagnosis of cancers that may have previously been undetected until the disease was more advanced. Identifying cancer earlier leads to better outcomes, and imaging technologies have come a long way since 1990. 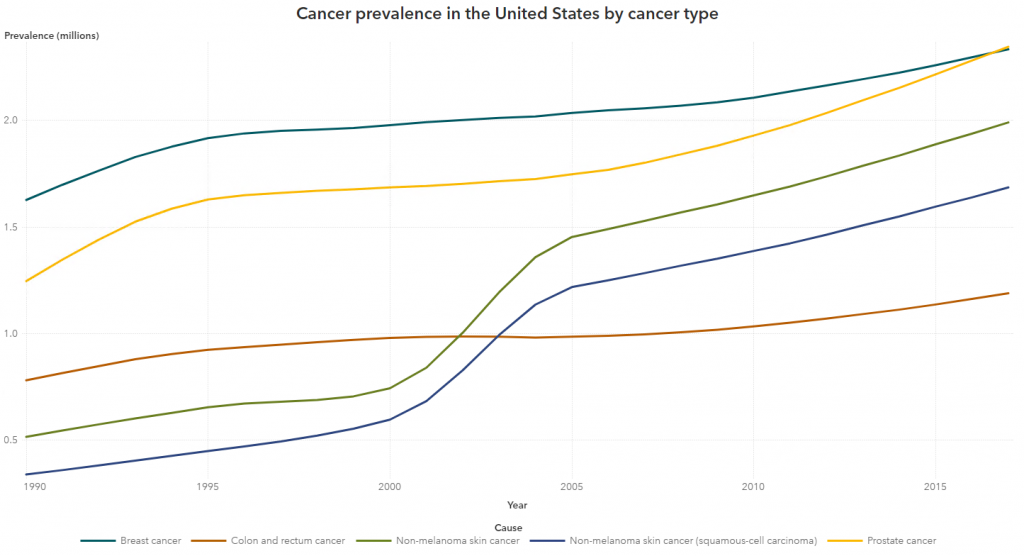 Along those same lines, if you look at the global share of population with cancer, the higher income countries tend to have higher cancer prevalence. It’s true that more people might be getting a diagnosis because of improvements in detection. The higher prevalence could also be tied to lifestyle factors. People in higher income countries tend to be more overweight, drink more alcohol, and lead more sedentary lifestyles. 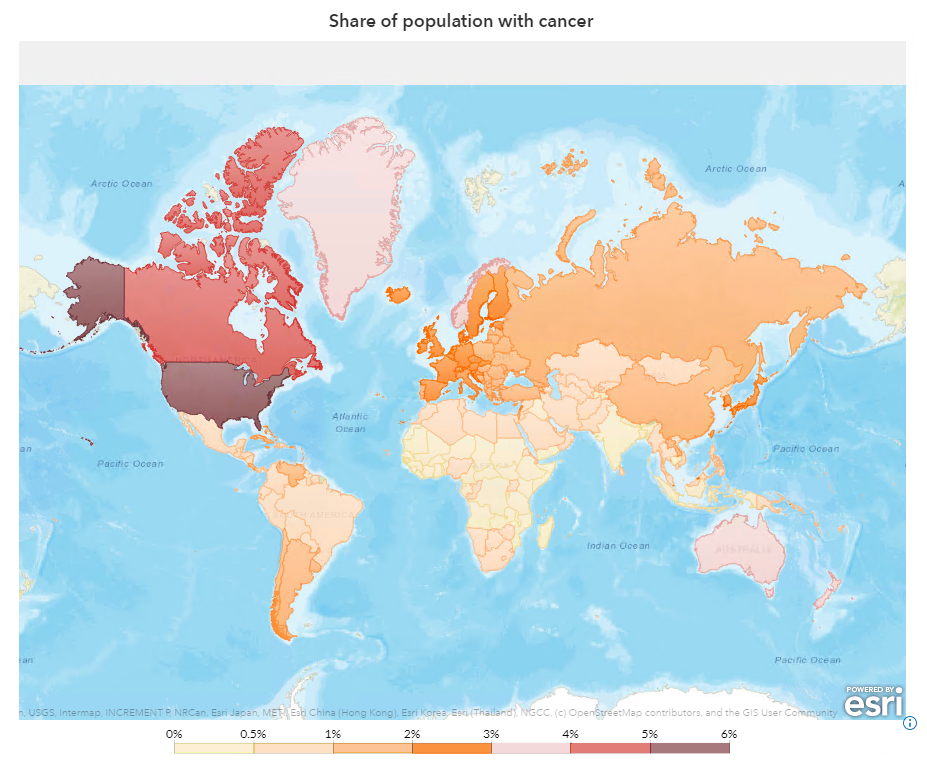 High cancer rates don’t have to be inevitable. Being active, eating healthy foods, and limiting other risk factors like alcohol and cigarette smoking can have a significant impact. There are clear links between diet and many cancers. By maintaining a healthy weight throughout life, it’s estimated that over 100,000 incidences of cancer could be prevented. Prevention and early detection have been shown to save lives.

If you want to know more, learn how analytics leads to lifesaving cancer cures (and check out other SAS Data for Good stories).