What can data tell us about the easiest hole at your favorite golf course? Or which hole contributes the most to mastering the course? A golf instructor once told me golf is not my sport, and that my swing is hopeless, but that didn’t stop me from analyzing golf data! We all have our strengths.

This week, 78 PGA Tour Champion golfers will compete in the SAS Championship Golf Tournament at the Prestonwood Country Club in Cary, NC. In anticipation of the event, I’ve analyzed data from the last 18 years of the tournament using SAS Visual Analytics. 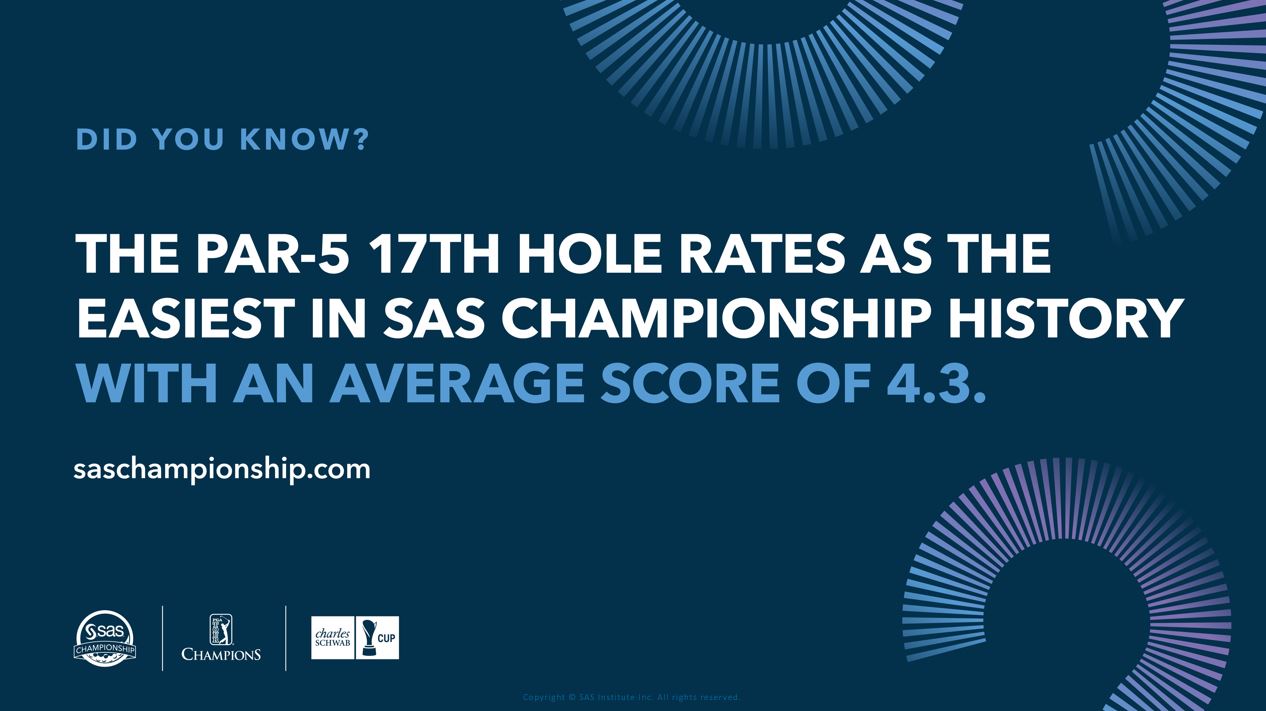 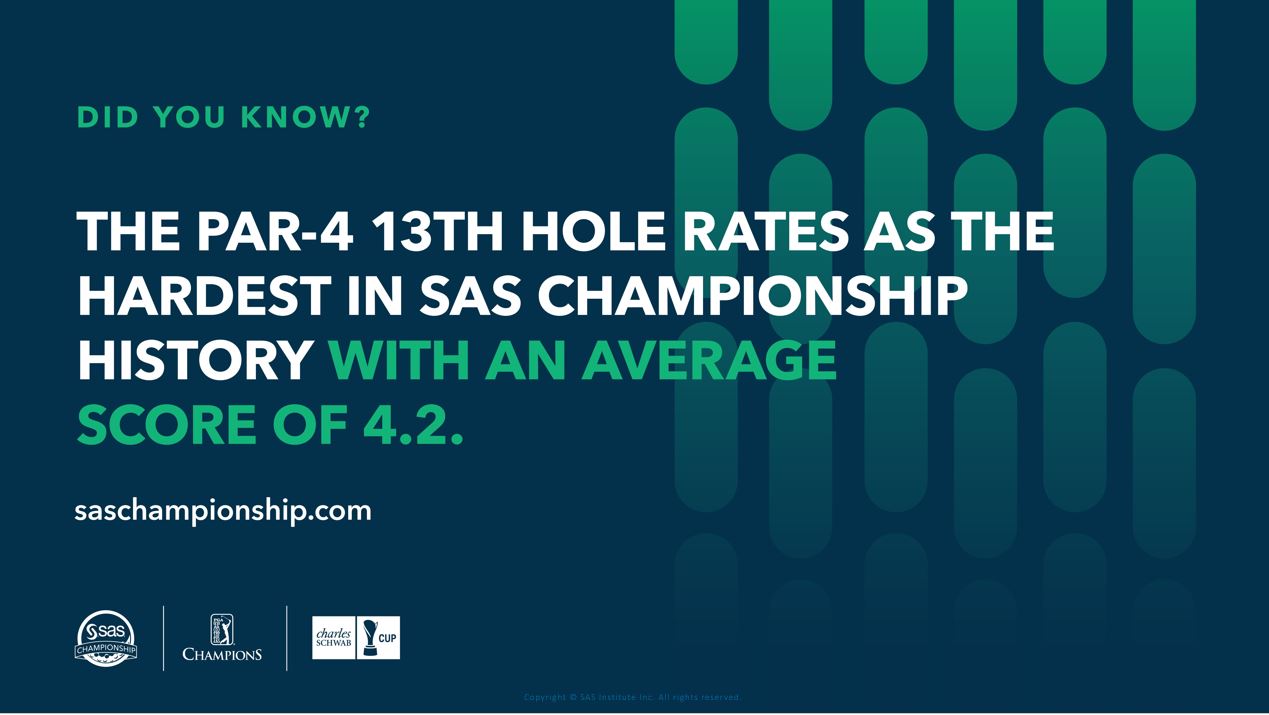 Where the winning happens

SAS Championship winners have historically outplayed the field in the back nine. They especially tend to separate themselves in the final four holes. A full 30% of the score difference between the winners and the rest can be found in the final four holes (equaling just 22% of the holes). The 15th hole in particular has the biggest average stroke difference between the winners and the rest of the field. Performing well on that hole is vital for your favorite player to take home the trophy. 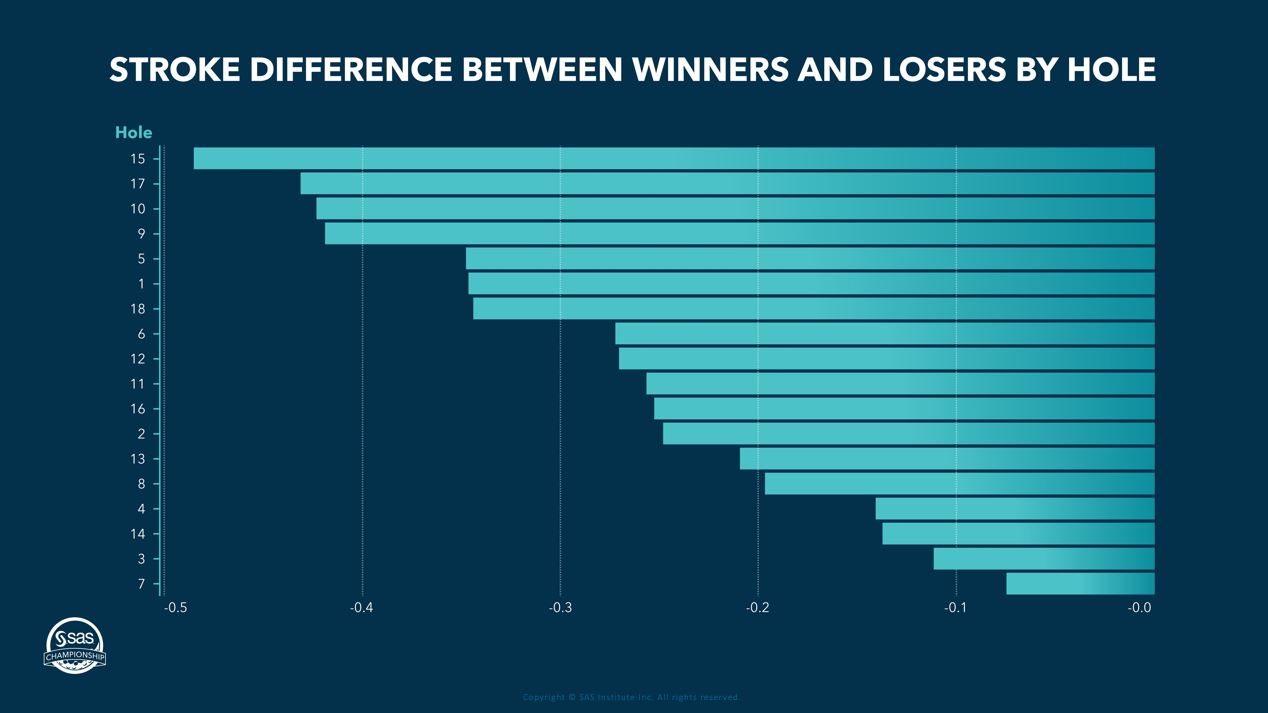 Did you know Arnold Palmer once played in the SAS Championship? He played in 2003 at the age of 74. He finished last in that tournament, but he is literally nicknamed “The King,” so he’s actually always a winner.

A very strong case could also be made for Bernhard Langer as the King of the SAS Championship. He has the second lowest average score (68.88) for someone who has played in the tournament at least three times, and he’s won the tournament twice. 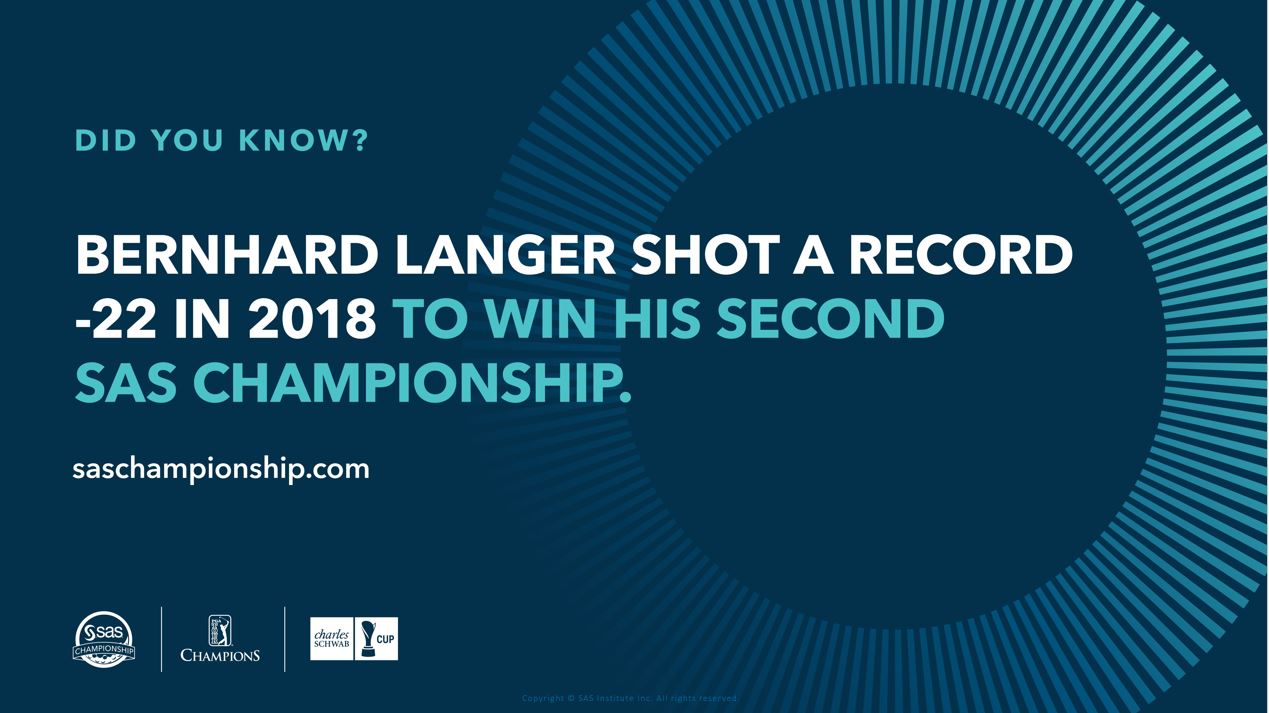 Tom Kite shot the lowest round ever in the SAS Championship in 2003. He shot a 61. Last year, three different players shot a 62 in the first round: Tom Lehman, Bernhard Langer, and Gene Sauers. 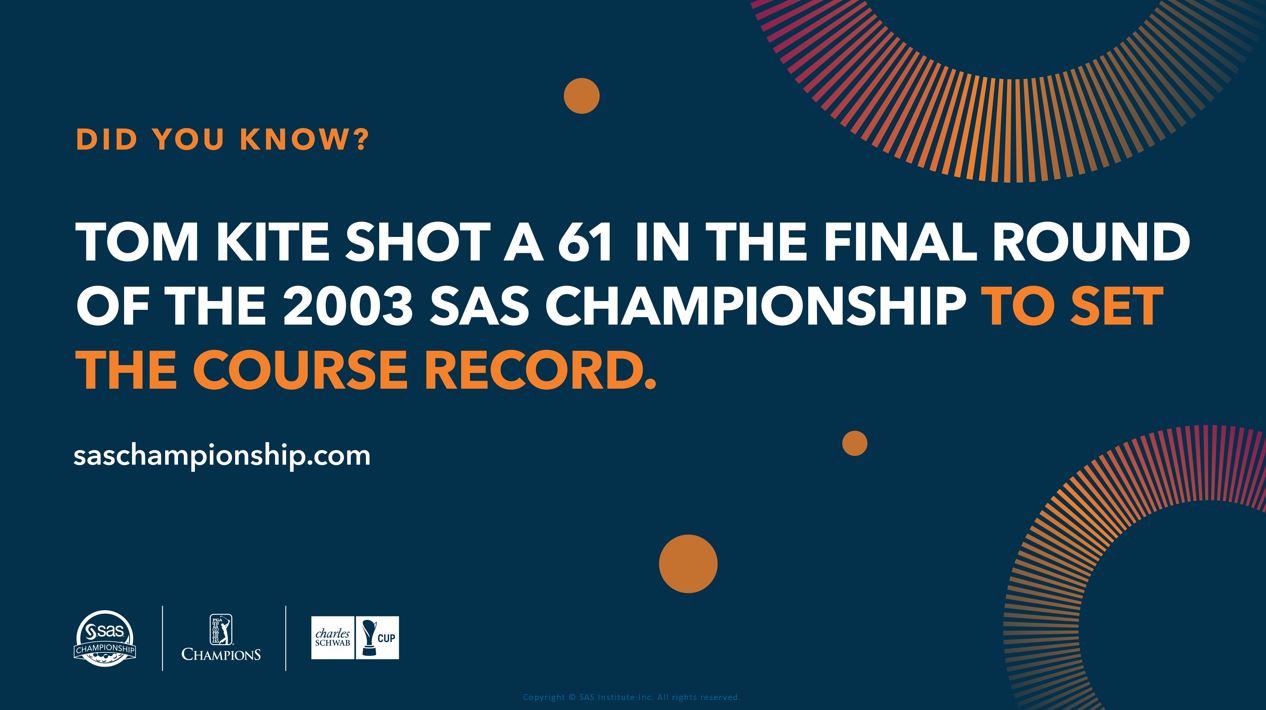 Who will win this year?

This year’s SAS Championship should be even more exciting. Defending champion Bernhard Langer has already won two tournaments this year and is ranked fifth in earnings as of the date of this writing. But this year, golf Hall of Famer Davis Love III is participating in the SAS Championship for the first time in his hometown state.

I’m looking forward to watching the action and analyzing this year’s data after the event. My swing may still be hopeless but my data visualization skills are intact.

Learn more about the SAS Championship and the impact it has on the community.