Many things in nature can be seen as chain reactions. When one action occurs, others follow suit. For example, atmospheric greenhouse gas levels are increasing, which leads to a warming of the oceans. As the oceans warm, weather and climate patterns across the globe are impacted because the amount of water vapor in the air changes. I used SAS Visual Analytics to create four visualizations that show how changes in our climate are affecting the oceans and the Arctic.

Oceans are getting warmer

The graph below, using data from the National Oceanic and Atmospheric Administration, depicts average global sea surface temperature anomalies from 1880-2015. The baseline on the graph is set to the average temperature from 1950-2000 to illustrate change. The warming trend has implications on sea levels. 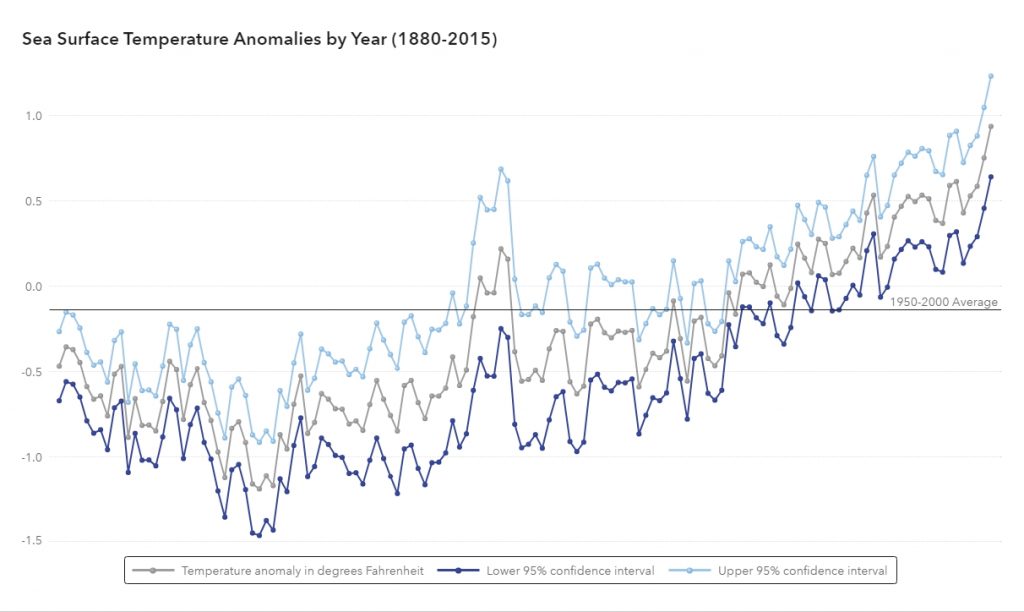 As sea water warms, it expands. Expanding sea water and the melting of sea ice and glaciers contribute to a rise in sea levels. 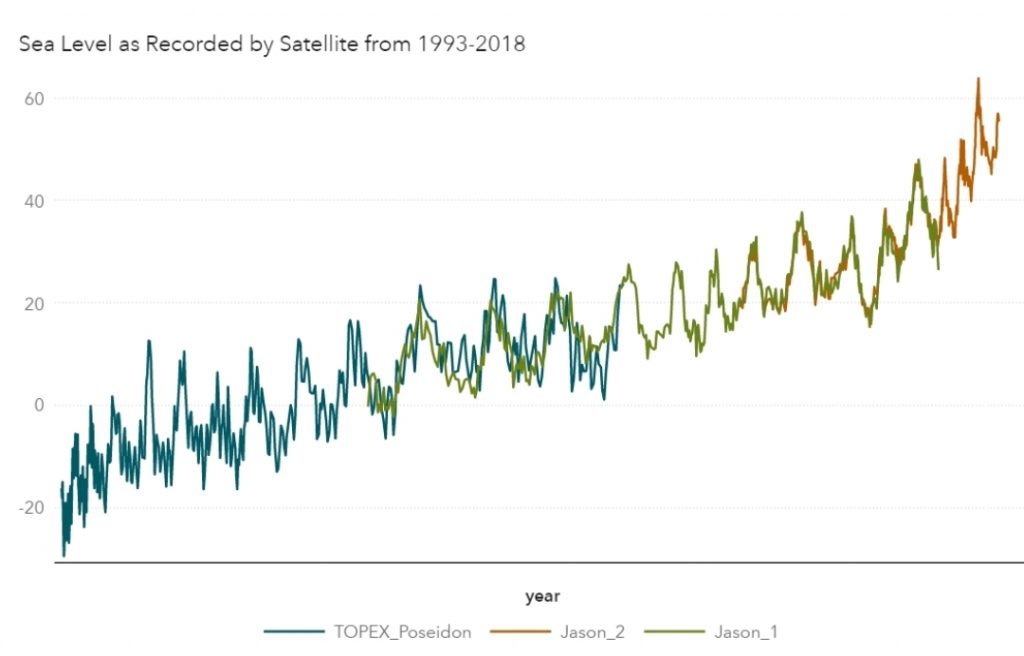 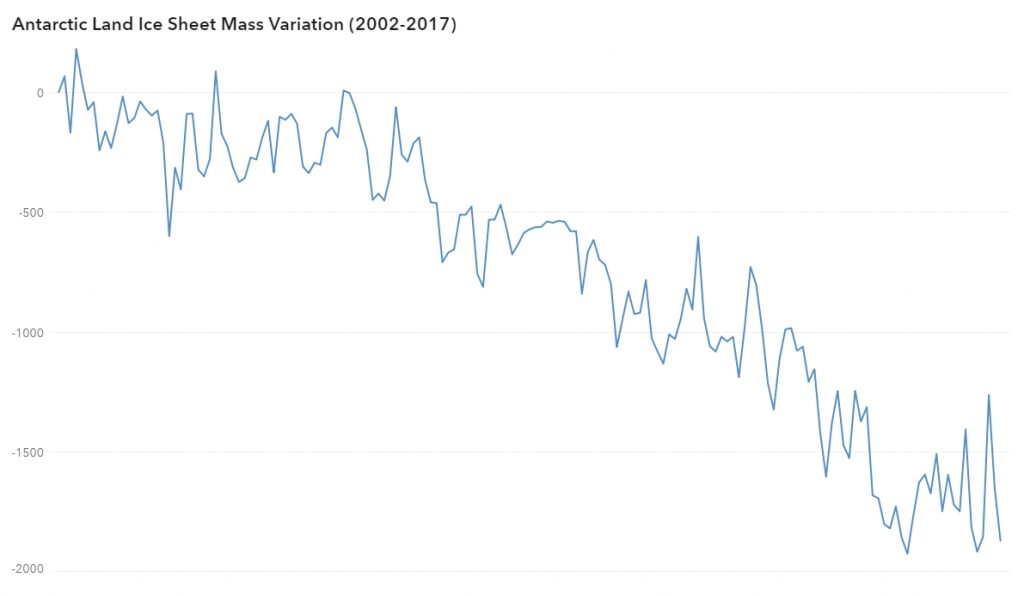 Arctic sea ice is frozen ocean water. Its entire lifecycle begins and ends in the ocean. Sea ice melts and freezes with the seasons. Because the surface of sea ice is bright, it reflects sunlight back into space. Without the sea ice to reflect sunlight back into space, the oceans absorb the sunlight and warm further. The graph below features data about total arctic sea ice area in square km from the National Snow and Ice Data Center.

Hear stories about climate change on the Global GoalsCast podcast

The The Global GoalsCast features a Green Miniseries focusing on Robert and Barney Swan. Robert Swan is the first man to walk to both the North and South Pole. He completed his first journey to the South Pole in 1986. During the North Pole trek in 1989, he and his team nearly drowned because of unseasonable melting of the Arctic sea ice.

In November 2017, Robert, accompanied by his son Barney, began another expedition to the South Pole. They dubbed this mission the South Pole Energy Challenge and vowed to complete the journey surviving solely on renewable energy. They successfully completed the journey on January 15, 2018.

During the trek, Robert noticed disturbing changes in the quality of the ice in Antarctica, which he feels is a concern that Antarctica is beginning to see the effects of climate change.

Listen to the Green Miniseries podcasts on the Global GoalsCast.