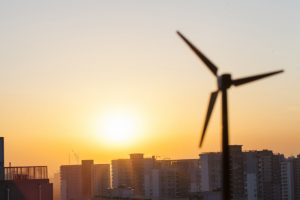 With opportunities ranging from the growth of renewables to newly data-rich operating environments, and challenges ranging from cybersecurity to a shifting political climate, ISO and RTO leaders are facing it all head-on with a compelling mix of technology, smarts, and plain ol’ hard work.

It's an uncertain future, but ISOs and RTOs appeared poised and ready to take it on at the second annual ISO Summit in Cary, NC (co-sponsored by RTO Insider and SAS) where attendees met to learn about the current landscape and coming changes.

In the roughly two decades that ISOs/RTOs have been in existence, the market has matured while simultaneously entering into significant changes that will require ISO/RTO leadership to change how they conduct their business. Based on the hot topics discussed at the conference, here are the top four things you need to know:

Renewables: No longer on the horizon

At the opening panel session (moderated by Rich Heidorn, Editor-in-Chief of RTO Insider, and featuring Andy Ott, CEO of PJM; Nick Brown, CEO of SPP; and Tony Clark, a former FERC Commissioner), attendees learned the degree to which renewable generation is truly changing the game for ISOs/RTOs.

For instance, PJM is seeing 30,000 MW of coal generation being retired while 28,000 MW of natural gas generation are coming online. In another sign of the changing fuel mix, SPP recently had a peak wind generation of 52.65%, edging out ERCOT for the highest percent of wind generation on any given day.

Both CEOs on the panel commented that levels of wind generation penetration will only continue to increase. Tony Brown suggested that the transition from traditional base load generation to a higher level of renewables could create “buyers’ remorse” in some states that are aggressively pursuing a rich renewables portfolio due to the issues around intermittency, reliability, and cost.

Ralph Masiello, Senior Vice President at Quanta Technology, pointed out that energy storage, “could be the savior of renewables if we do it right. We're trying to do storage like it's generation by putting it into the ‘generation bucket,’ but we might need to put it in it's own bucket.”

Adding to Masiello’s perspectives on the value of energy storage, Lorenzo Kristov, Principal, Market & Infrastructure Policy at CA ISO commented that, “In reference to energy storage expense, there are benefits that don’t have a cost yet; for instance, using storage to flatten the load profile, or using batteries for grid resilience. We all see these uses coming very soon, but assigning a hard dollar value to them is tough to do at this point.”

Cybersecurity: Compliance does not equal certitude

Cybersecurity is a multi-faceted threat. Rich Dewey, Executive Vice President, NY ISO points out that while much thought is given to terrorism, there's not as much concern over smaller, more localized threats, including "insider threats" (for example, an employee inside the organization who's not necessarily nefarious, but could open a bad email attachment that creates significant cybersecurity challenges).

"The reality is, we can’t keep out every bad actor," said Dewey. "As grid operators we need to function like air traffic controllers. We need to be ‘on’ and accurate 100% of the time.”

And both CEO panelists from the opening session commented that cybersecurity is a real concern, and that it's not simply a matter of compliance; rather, in an environment where cyberattacks happen on a regular, even daily, basis, compliance is more of a baseline of defense that must be built upon.

Analytics and strategy: Two worlds that need to collide

Seeing analytics as more than a tool, and in fact aligning the analytics strategy with the corporate strategy, is imperative for ISO/RTO leaders to meet the operational, market management, and regulatory/policy challenges ahead. Jill Dyche, vice president of the SAS Best Practices Group, brought to light the five critical success factors of an analytics ecosystem: technology, processes, organization, strategy and information.

"If you can couple analytics and data to strategy, executives won’t say no," said Dyche. "This isn't just a win for the analytics champions, but for the entire organization. Analytics is no longer a science project or 'skunk works.' It's a core driver of key business strategies."

This is just a sample of the ground that was covered at the 2017 ISO Summit. For additional information on the 2017 ISO Summit and plans for the 2018 ISO Summit, contact Mike Smith, Principal Industry Consultant in the SAS utilities group, at mikef.smith@sas.com or visit rtoinsider.com.