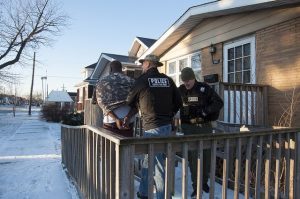 Last year, a national fugitive apprehension effort by the US Marshals Service resulted in the arrest of more than 8K gang members, sex offenders and other violent criminals. But where to put them? (Image from US Marshals Service Office of Public Affairs)

The U.S. Marshals Service is the federal agency known for bringing wanted fugitives to justice. Often, the Marshals Service gets attention for these arrests, but once the publicity has died down they face a basic challenge --- where to put the individuals in their custody. The agency uses data to keep track of the people it houses and to make its operations more efficient … to the tune of $200 million in savings.

John Scalia, a recent FCW Federal 100 award recipient, is the agency’s chief of forecasting and analysis for prisoner operations. Scalia is in charge of a data warehouse for monitoring the federal detention population. His team develops and maintains statistical and econometric models to forecast the number of defendants in custody of the Marshals Service. It also establishes and serves as steward of the annual budget for the Federal Prisoner Detention Program (FPD).

The Marshals Service holds about 200,000 defendants in custody annually with an average length of detention around 100 days. To improve the efficiency of the detention process, the Marshals Service implemented a practical and simplistic model using readily‐available data and analytics.

Through this process, Scalia and his team have helped the agency avoid hundreds of millions of dollars in costs, with the potential for more. Armed with data analysis and statistical models, the Marshals Service was able to negotiate a lower-than-requested per diem rate in nearly two-thirds of its cases. That process alone saved more than $200 million, representing eight percent of all expenditures on housing.

Based on current facility utilization rates (the Marshals Service houses about 52,000 defendants each day), $46 million in detention costs will be avoided annually. The team’s analyses also established a framework for reducing detention costs by consolidating prisoners into lower-cost facilities; increasing capacity; and streamlining transfers.

This program is a true definition of “good government.” We congratulate John Scalia on winning the FCW Federal 100 award and to his team for showing true innovation in their approach to using data and analytics.

For more on how government agencies are using analytics, check out on-demand videos from the recent SAS Government Leadership Forum. 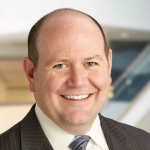