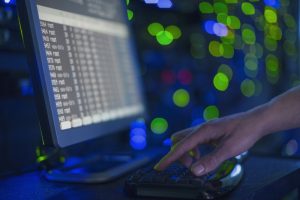 The cybersecurity challenge exemplifies how global threats have evolved and how governments must combat them. For all the complexity of the Cold War, the United States defense officials knew the nations that posed the biggest threat.

The world is much different today. As General Michael Hayden (ret.), former Director of the National Security Agency (NSA) and Central Intelligence Agency (CIA), explained at the SAS Government Leadership Forum, the biggest threat to the United States no longer comes from conquering states – although that's still a concern – but from failing countries or individual actors.

Technology has created a lower barrier of entry for those looking to do massive harm, and cybersecurity is at the battlefront.

“The industrial era tended to aggregate power toward the center,” Hayden said. “But we're no longer living in that era. We're in a post-industrial era, which pushes power to the edges and down. In other words, the things we used to fear coming at us from malevolent state powers are now within the reach of sub-state groups, gangs and even individuals.”

This dynamic creates a complex world that's difficult for defense organizations to navigate. With a range of attacks from different actors, government needs to know where these attacks come from. Advanced analytics can provide this information so agencies can not only see what's happening on their network, but who's causing the problems.

How analytics can help

Tom Sabo, a solutions architect at SAS Federal, gave some insight into how analytics can help fend against attacks. As Tom explained, we live in a world of people with different digital experiences. Everyone born after 1980 is known as a “digital native.” They grew up with technology as a major facet of their life. Those born before 1980 are known as “digital immigrants” who became immersed in technology later in life.

Fritz Lehman, EVP and Chief Customer Officer for SAS, echoed this statement. He said with the increase of data, cybersecurity has become more difficult than ever. He said everyone, including government, needs a way to make sense of this data.

“Data is coming at us in bigger and faster ways than it ever has before. So we're constantly trying to figure out a way to take this flood of data and give you faster insights,” he said. “We're in a point in time where there's so much we need to know immediately, but data is getting bigger.”

The key for government is to equip a wide range of employees with data monitoring tools, and not limit data monitoring to a handful of data scientists. The world is getting more complex, but advanced analytics can help reduce the noise and provide for better cybersecurity defense.

Please check out these on-demand presentations and others from the SAS Government Leadership Forum. 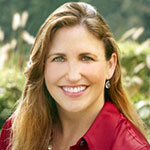