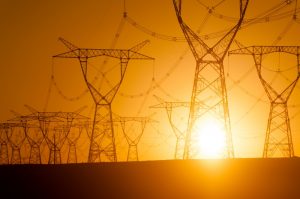 Yesterday I opened up the Wall Street Journal and found the usual mix of ads from major technology vendors touting their IoT (Internet of Things) prowess, and claiming they all have the secret sauce to make all of our IoT dreams come true. Where do I sign up?!

Meanwhile, back here on planet earth, we're all looking at the massive potential for IoT, and figuring out how to best use this new flood of streaming data to benefit our organizations. For many companies in the utilities industry, that means looking at where and how to best leverage the massive IoT instance right in your backyard: the smart grid.

Beyond the hype in yesterday’s Wall Street Journal was an interesting article by one of their columnists, Christopher Mims, who says the internet of things isn’t about things; it’s about services, which of course put me immediately in a defensive posture… “What does this guy know? It’s all about data!”

Once I settled down and re-read the article, I could see that Mr. Mims does acknowledge the role and importance of data in IoT success, if only in the context of how it is serving consumers via services. He provides a few examples to show how IoT services play out in consumer markets, including how the concept of “home automation” didn't catch on until these technologies were positioned as providing “peace of mind” or “comfort.”  In other words, people don’t care (much) about technology, but they do care about enhancing their lives to be better, easier, cheaper, faster, safer and more comfortable.

This is a lesson that utilities would do well to heed. The utility industry, as a whole, has had challenges in its transitions over the last two decades, especially as it has moved from viewing consumers as “ratepayers” to “customers” to “trusted energy advisers.” This transition is perhaps at its most crucial point now as utilities are under a very real threat from an intermediary that has been dropped right in the middle of their traditional utility-to-customer relationship.

This intermediary, by the way, is in the form of renewables and its impact is felt from the likes of multi-million dollar businesses opting to walk away from their utility, as have several of the largest gaming corporations in Nevada, to the growing proliferation of rooftop solar that is creating demands on the utility-state regulator compact to the point where it is arguably broken.

IoT plays a big part in a utility’s ability to move along that customer relationship spectrum from ratepayer to trusted energy advisor. Consider:

These two examples demonstrate how a utility can leverage IoT and smart grid analytics to retain revenue that's walking out the door, while also realizing new revenue possibilities. The challenge here is not only one of technology and marketing, but also one of navigating the regulatory landscape. These non-traditional offerings to consumers might be just the thing that saves the utility, and thus enables all of us to keep the lights on at the five nines level of reliability. Now if only regulators will open up these markets to utilities as they fight for their very survival.

So, my utility brethren, you’ve done a great job with one of the largest IoT instances out there. Now take it to the next level and put that infrastructure, its data, and services to use in serving your customers in a language that makes sense to them.

Learn more about IoT in utilities and other industries in this TDWI ebook, Four Use Cases Show Real-World Impact of IoT.